A trailer for The Real Housewives of Beverly Hills season 10 hasn’t even aired yet, but it’s already shaping up to be one of the most dramatic yet.

“It’s been a really wild ride this season and it’s just, I don’t even know what to say,” Kyle Richards told Us Weekly exclusively at Kendra Scott’s jewelry store on Wednesday, February 12. “After ten years you think I could come up with something, but I’m always kind of speechless what ends up coming up on the show and the things that come out and the things that happen between everybody it’s been crazy. Ten years down and I’m still shocked.”

One of the most unexpected story lines set to come up on RHOBH season 10 includes Brandi Glanville claiming that she and Denise Richards had an intimate relationship in the past. While the 48-year-old actress initially “laughed it off,” a source told Us, Denise now “wants all of that footage taken out of the show.” A second source, however, claims the 47-year-old Drinking and Tweeting author has proof that the two women hooked up in the past. 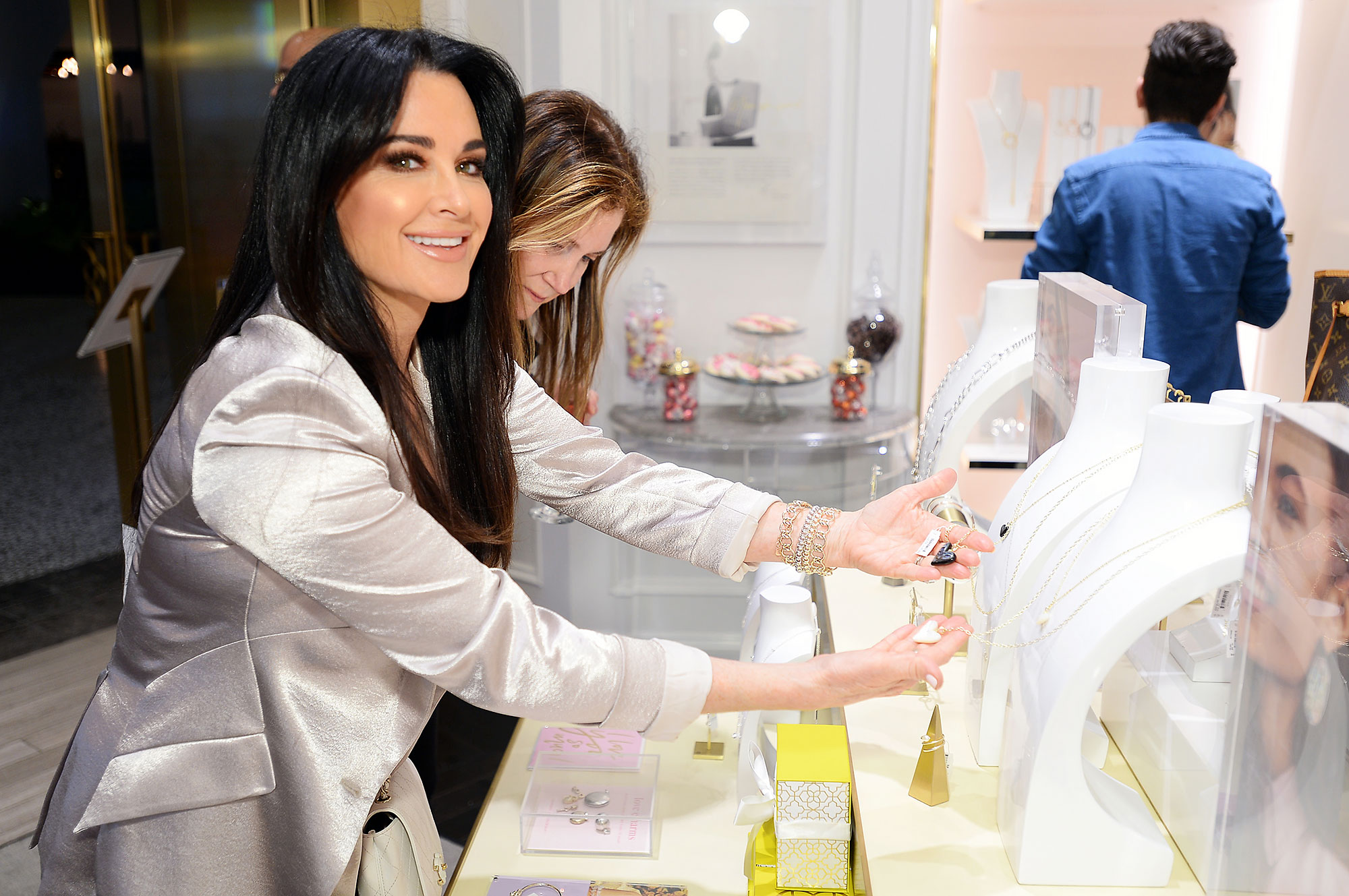 Kyle, for her part, told Us that she hasn’t spoken to Denise, who skipped the finale party, since the drama started making headlines. The former American Woman producer also worried that she wasn’t going to show up to the upcoming reunion taping.

“I didn’t think so, honestly, but apparently you know, she said she’s not going anywhere. I think she posted that the other day so I hope so,” Kyle told Us while celebrating Galentine’s Day at Kendra Scott jewelry store where 20 percent of every purchase benefited the Breast Cancer Research Foundation. “Up until this season we hadn’t had any issues or anything and I’d like to see her stick around and be at the reunion and I think that it’s just better to deal with things head-on anyway even though it’s difficult sometimes.”

Kyle added that “time will tell” if Denise returns for season 11. “We’re going to be airing pretty soon. And then that’s when we all get really stressed again,” she explained. “All those months of watching everything play that you kind of hoped went away, and now as it’s just gone away it’s only just beginning. … It’s a great cast. All the women are great. Obviously we don’t always get along all the time but I have a tremendous amount of respect for all of them. They are all powerhouses and I really like that.”

She concluded that fans will have to “wait and watch” to find out the details of Brandi and Denise’s drama.

“I know what I think, but I think you have to wait and watch the show to find that out. I mean, you know what, obviously it’s something that’s between them but when it comes to the show there’s lots of things that force … we’ve all had moments where we don’t want to have something on the show or talk about something and that’s the most difficult part about being on reality television,” Kyle told Us. “It’s a very rough ride with that situation and they’re gonna have to figure that out and you’ll see my opinion when the show airs.”

For now, Kyle is focused on Valentine’s Day — and Galentine’s Day! “I’m a big fan of Kendra Scott and her brand. I think her jewelry’s beautiful and I love that she gives back, that’s really important to her,” she told Us.  “I  love the fact that we can have Galentine’s Day and everything in here you buy, 20 percent of the proceeds go to Breast Cancer Research Foundation. I lost my mother to breast cancer, she lost a very close friend of hers to breast cancer so it’s something that’s very important to her obviously and to me. … And I really respect her for that a lot. I wear her stuff on the show a lot.”

The Real Housewives of Beverly Hills will return to Bravo later this year.