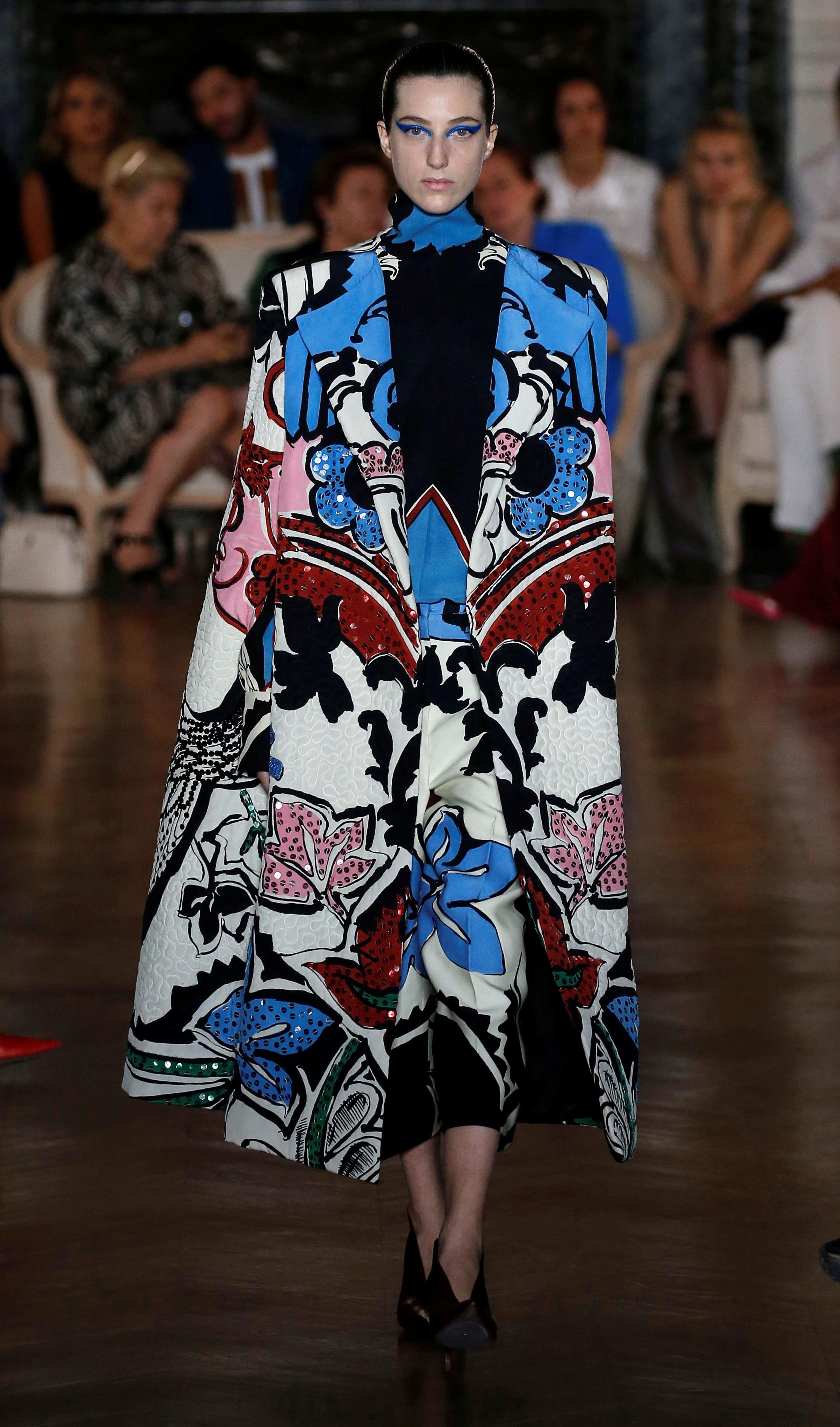 American actress Gwyneth Paltrow and models Heidi Klum and Naomi Campbell figured among the stars on the front row at the Paris runway show late on Wednesday.

Hadid sported a kimono-inspired lilac gown, complete with gemstone-encrusted white, jade and orange embroidery and a colossal bow resting askew on her shoulders.

Piccioli has been Valentino’s sole creative director since 2016 but has been with the label since 1999. His bouffant dresses and vibrant use of color have garnered the brand fresh acclaim after founder Valentino Garavani retired in 2007.

One surprise on the runway came in a green dress and glittering trench coat, as 75-year-old model Lauren Hutton wowed the crowd in four-inch mustard heels and sparkling fuchsia gloves.

The fashion house said in a note that the collection aimed to celebrate individuality, diversity and inclusivity.

After the finale, Piccioli walked the runway hand-in-hand with the team of women and seamstresses who crafted the intricate pieces.

The label’s Qatari owners, investment vehicle Mayhoola, had examined plans to list Valentino on Milan’s stock market, sources told Reuters in late 2017, although the company has been evasive about such plans since.

The show wrapped up this season’s Couture Fashion Week, where an elite club of top-end designers show off elaborate, hand-made creations.

The event ends on Thursday as with jewelery brands presenting their high-end collections.