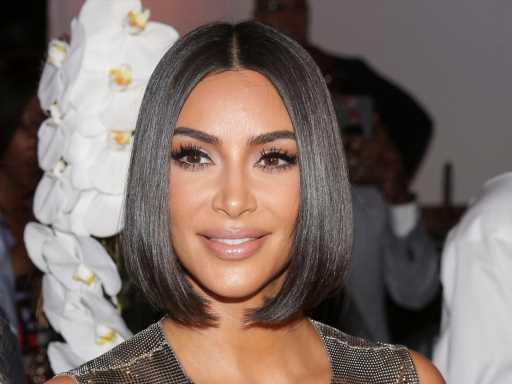 While she’s already a fashion mogul, mother of four, and former star of the reality TV series Keeping Up With The Kardashians, Kim Kardashian is one step closer to adding “lawyer” to her list of accomplishments. Kardashian has been studying rigorously for the baby bar exam in California for the past few years, and her journey was memorably chronicled on the E! reality TV series before it ended. Finally, on her fourth attempt, Kardashian got the result she wanted, and officially announced via Twitter that she passed the baby bar exam.

“OMFGGGG I PASSED THE BABY BAR EXAM!!!!” Kardashian began her initial tweet, sharing a series of photos from a recent shoot. “Looking in the mirror, I am really proud of the woman looking back today in the reflection,” she wrote, adding, “For anyone who doesn’t know my law school journey, know this wasn’t easy or handed to me.”

Indeed, Kardashian’s journey to reach this major milestone in her burgeoning career definitely took a lot of hard work and dedication. The former KUWTK star recalled how she “failed this exam 3 times in 2 years,” even contracting COVID-19 during her third attempt. “In California, the way I’m studying law you need to take 2 bar exams, this was just the first one but with the harder pass rate. I was told by top lawyers that this was a close to impossible journey and harder than the traditional law school route,” Kardashian explained.

But against the odds, Kardashian achieved her goal, and thought of one person whom she wanted to celebrate with the most. “My dad would be so proud & he would actually be so shocked to know that this is my path now but he would’ve been my best study partner,” Kardashian wrote, reflecting on what her late father, Robert Kardashian‘s, reaction might have been to her achievement. “I am told he was notorious for making fun of people who didn’t pass on their first attempt like him, but he would’ve been my best cheerleader!”

Kardashian’s final message was one of positivity and optimism, reminding fans and followers alike to never give up on their most ambitious dreams. “Bottom line is don’t ever give up even when you are holding on by a thread, you can do it!!!!! Set your mind to it and get it done because it feels soooooo good once you get to the other side!”

Before you go, click here to see celebrities who have run for office.