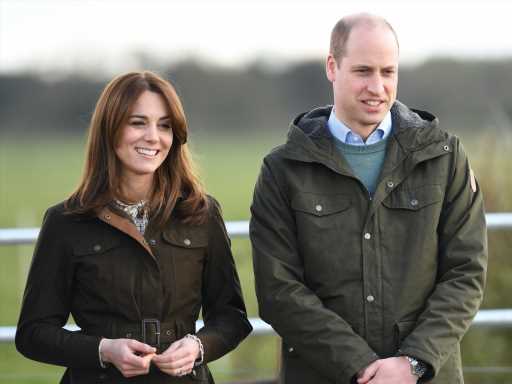 There have been plenty of changes to the British royal family over the course of the past few years, so it’s not a surprise that more could be in store. With the Sussexes’ 2020 royal exit, it’s no surprise that Prince William and Kate Middleton have been called on to take on more duties as senior members of the royal family. Now, their obligations could become so demanding that they might need to relocate their family near London to be closer to the queen, according to a new report.

The Duke and Duchess of Cambridge are reportedly considering a move to Windsor, according to the Mail on Sunday. Currently, William, Kate, and their three children — Prince George, 8, Princess Charlotte, 6, and Prince Louis, 3 — split their time between Kensington Palace, which houses the couple’s offices, and their home at Anmer Hall, in Norfolk, on Queen Elizabeth II’s Sandringham Estate. The monarch gave Anmer Hall to Kate and William as a wedding present.

But now that it’s clear more will be expected of Kate and William, a move closer to London — near Buckingham Palace and high-profile events — would only make sense for the couple. “Anmer Hall made sense while William was a helicopter pilot in East Anglia and it was useful for Christmases at Sandringham, but it doesn’t really work any more. It’s a little too far away for weekends, but Windsor is a perfect compromise. They are eyeing up options in the area,”  a source told the Mail on Sunday.

Considering just how booked and busy William and Kate have been over the course of the past year-and-a-half, it’s not a total shock that they’re considering a more permanent place of residence near London. Being senior royals and the most prominent members of the next generation of modern members of the monarchy definitely puts a lot of pressure on the couple — not to mention their three young children. But being closer to family and duties could prove the right move for the future monarch and his family and alleviate any stress in the future.