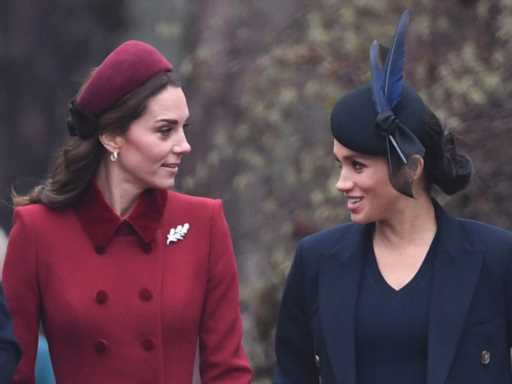 Now that it seems like Kate Middleton and Meghan Markle are fostering a friendly bond, is it possible that a potential collaboration could be in their future? The royal sisters-in-law might collaborate on a new project with Netflix, according to a recent report. The two women have reportedly been getting along and staying in touch with each other, rebuilding their relationship’s foundation, which might open the doors for the pair to dabble in streaming. 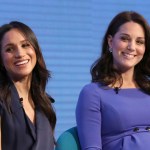 “Meghan and Kate are actually getting along really well and have been in touch more often,” a source shared with Us Weekly. “Meghan has been talking to her about collaborating on a project for Netflix, a documentary that will spotlight Kate’s charity work and the huge impact she’s made with her philanthropy,” the source continued. Naturally, it would be an immense departure from the standard way in which senior royals, like Kate and her husband Prince William, conduct and highlight their charity work.

Nevertheless, the Duchess of Cambridge was reportedly touched by Meghan’s idea. “Kate is very flattered, and it’s all very positive between them,” the source explained. Indeed, other reports have seemingly suggested that Kate and Meghan are back on good terms after months of scrutiny on their relationship.

But the two have seemingly been bonding in private conversation and away from the public eye over the course of the last several months. And the birth of Meghan and Prince Harry’s daughter, Lilibet Diana, was reportedly the catalyst to bring the two women together. Whether that means the two ladies will collaborate on a Netflix project is totally speculation at this point.

However, Meghan already has an animated series in the works with the streaming platform that we’re really excited about. And while Kate and Meghan are now on different sides of the globe, reports of their friendly relationship should give royal fans a lot of hope that this generation of the royal family can mend their bonds without having to prove it to the world.