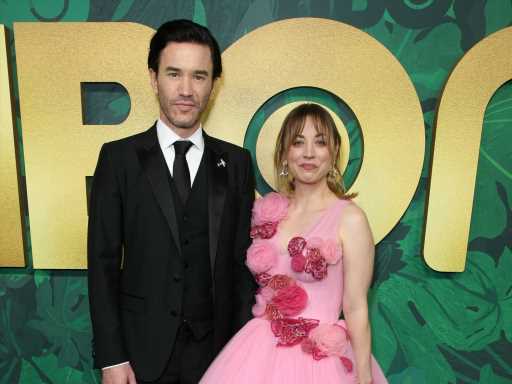 Kaley Cuoco has a new movie, Meet Cute, that has everyone buzzing that she’s smitten with her co-star, Pete Davidson, but the 36-year-old actress only has eyes for one person: boyfriend Tom Pelphrey. The couple were both Emmy nominees this year — she got a nod for The Flight Attendant, and he received recognition for Ozark. If that wasn’t an adorable enough story, then the first time they met is a tale straight out of a Hollywood rom-com.

Calling it “absolutely love at first sight” to Extra, Cuoco revealed that she met her 40-year-old boyfriend at the red-carpet premiere of Ozark. “It was like the angels started singing. I was like, ‘Hallelujah!’ It was very magical … it was perfect,” she gushed. After divorcing second husband Karl Cook in 2021, her relationship with Pelphrey all came down to timing.

After her split from Cook, Cuoco made sure to focus on self-care and therapy, so Pelphrey came after she had invested in herself. “If I had met Tom even a week earlier, I don’t think it would have worked,” she told Access Hollywood. “I needed that time to figure myself out. We met a little later in life and, boom, it was right where it was supposed to be.”

While Cuoco promised Glamour magazine earlier this year that she will “never get married again,” the HBO Max star is proving that you can fall in love again after heartbreak — no matter what your age. That’s exactly the sweet spot Cuoco is leaning into with her blossoming relationship with Pelphrey.

Before you go, click here to see all the celebrity couples with the best stories behind how they met. 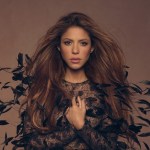