Julianne Moore has some thoughts on the queer character she played in the 2010 film “The Kids Are Alright.”

The movie was inspired by screenwriter and director Lisa Cholodenko’s own attempts to start a family with her partner, Wendy Melvoin.

Moore played a woman (Jules) in a relationship with Annette Bening (Nic) in the film, which documents the pair’s journey to have children by using a sperm donor. Jules goes on to have an affair with the donor, a straight man named Paul, who was played by Mark Ruffalo.

Moore told Variety in an interview for the film’s 10th anniversary that she recognizes the problem with some aspects of her role and the movie’s storyline.

“I can see why people took issue with a lesbian character having an affair with her sperm donor,” she said. “On the other hand, I think that Jules’ character was someone described as being very fluid, sexually and personally. She was floating, in the sense of her entire identity — as a woman, as a person, in her career.” 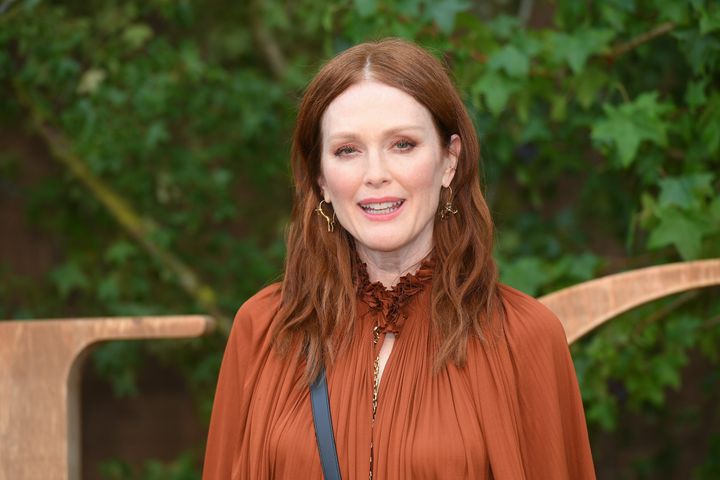 Moore said that she also understands the outcry at the time over herself and Bening ― two straight women ― portraying lesbian characters.

“We need to give real representation to people, but I’m grateful for all of the experiences that I’ve had as an actor because my job is to communicate a universality of experience to the world,” she added. “The idea that, rather than othering people, we’re saying we’re all the same. Our humanity is shared.”

Cholodenko called that argument “super interesting” but added that her job as director was to cast whoever was “most compelling for that job.”

“When I cast Julianne and Annette, I really felt like, on the continuum of gayness, I could feel their gayness. It didn’t feel phony to me,” she said. “I didn’t feel like I was putting somebody in an outfit and asking them to parade as something that was false.” 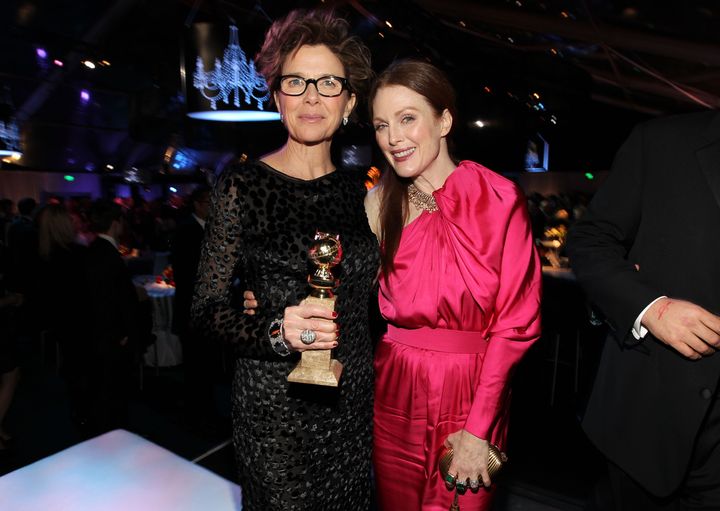 Over the years, opinions have changed about straight people taking on LGBTQIA roles.

Actor Darren Criss, who has portrayed a number of gay characters throughout his career, said in a 2018 interview with Bustle that as a straight man he would no longer be taking queer roles.

“There are certain [queer] roles that I’ll see that are just wonderful,” he said. “But I want to make sure I won’t be another straight boy taking a gay man’s role.”

In 2018, Scarlett Johansson also stepped away from “Rub and Tug,” a film about a transgender mobster in Pittsburgh’s underground sex industry, after backlash over the fact that she, a cisgender woman, would play a trans character.

Earlier this month, Our Lady J, who is transgender, announced that she would be taking on the lead role of Dante “Tex” Gill in the project, which is being reworked as a television series.

“I couldn’t be more excited about the opportunity to write a gangster drama based on such a fascinating and diverse web of queer characters,” Our Lady J told Deadline last week. “The show is about the promise of reinvention, and the peril of losing oneself in the process.”