John Legend is speaking out on the dangers of electing “someone who doesn’t know how to run the government” after longtime friend Kanye West announced his presidential bid.

The “Bigger Love” singer, who performed at a virtual fundraiser for former Vice President Joe Biden last month, shared a lengthy Twitter thread Monday about the responsibility public figures have to voice their political beliefs.

His comments arrived hours after Chance the Rapper defended West’s run and sparked backlash over a series of tweets, in which he suggested that the Yeezy designer was a more trustworthy candidate than Biden, the presumptive Democratic nominee.

While Legend noted that not all artists should feel compelled to speak out about politics (“If you’re more comfortable just making bops, do that!”), he encouraged those who do to educate themselves first.

“If you are going to speak out, try to do your homework. Read about it. Talk to activists and organizers and people impacted,” he wrote. “Be open to evolution and changing your mind. Be intentional and strategic. And think about the impact of your words on the real lives of real people.”

“Part of an artist’s job is to imagine a different future. I appreciate the desire to break free from the strictures of the 2-party system in America, for instance,” he continued. “But you can’t divorce that conversation from the real world implications of rooting for a futile 3rd party bid.”

The ramifications of electing or reelecting an unqualified candidate, Legend said, are “particularly urgent and impactful in the middle of a pandemic that’s been so much more deadly due to an incompetent President.”

Legend concluded: “This is not merely an intellectual exercise. It’s life and death.”

West announced his plans to run for president in 2020 as a third-party candidate earlier this month in an apparent challenge to Biden and President Donald Trump, whom he previously supported, despite missing the deadlines to appear on the ballot in a handful of states.

In a subsequent interview with Forbes, he expanded on his beliefs, taking anti-vaccine and anti-abortion stances, as well as blaming the coronavirus outbreak on society.

Legend and West previously clashed in 2018 over the rapper’s support for Trump with West tweeting out a private conversation he had with the singer about their political differences. 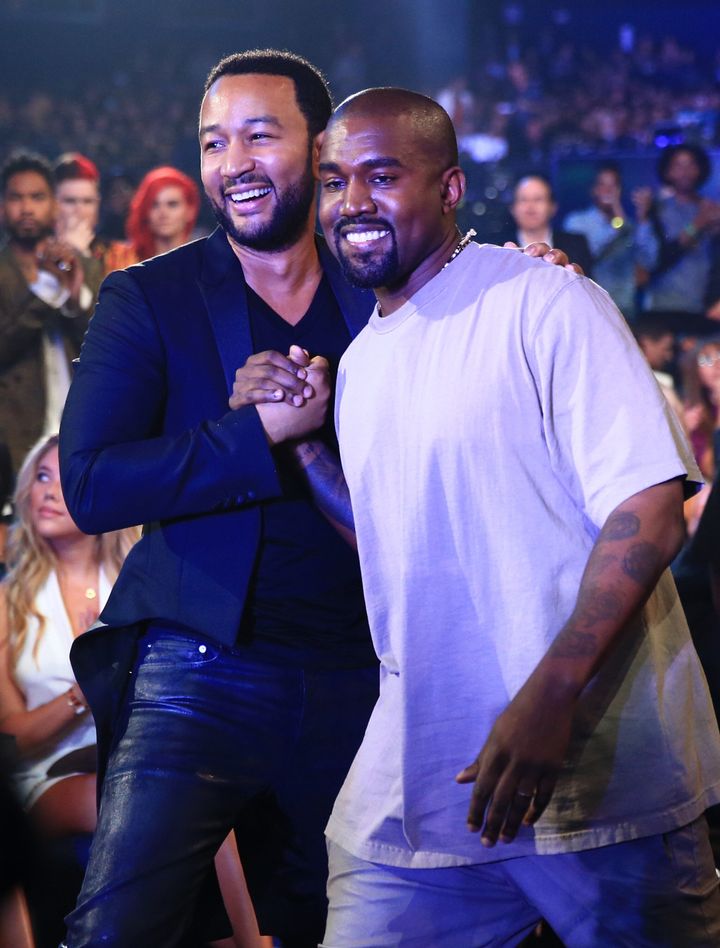 While the two seemed to move on from the public scuffle since then, Legend recently said that they were now in “different places,” noting that politics was never an element of their past relationship.

“I don’t think we’re less friends because of the Trump thing. I just think we’re doing our own thing,” the singer told The Times in May. “He’s up in Wyoming, I’m here in LA. We’ve both got growing families and I no longer have a formal business relationship with him as an artist, so I think it’s just part of the natural cycle of life. But obviously we disagreed on the Trump thing and we still do apparently.”