Joel Chadabe, a composer who helped pioneer electronic music in the 1960s, later developing compositional software programs and founding the Electronic Music Foundation, an advocacy organization for electronic music, died on May 2 at his home in Albany, N.Y. He was 82.

His wife, Françoise Chadabe, said the cause was ampullary cancer, a rare form similar to pancreatic cancer.

In 1965, when Mr. Chadabe was 27 and computer music was in its nascence, he was asked by the State University of New York at Albany to run its electronic music studio. He had recently graduated from Yale’s music school, and his sensibilities lay with jazz and opera, but he needed a job, so he accepted. From his perch at the university, Mr. Chadabe began to explore the wonders of making music with machines.

“I took to it, I think, because for me it was the frontier,” he said in a 2013 interview with the University of Minnesota. “It was the new frontier of music, and I saw unlimited possibilities.”

Early on, Mr. Chadabe (pronounced CHA-da-bee) commissioned Bob Moog, who had just started developing a commercial synthesizer, to build one for the studio. He could initially afford only part of the synthesizer (which he powered with a car battery), but after securing enough funding he asked Mr. Moog to create what he called a “super synthesizer.” The result, known as CEMS (Coordinated Electronic Music Studio), was a system that filled an entire room at the university and offered a vast range of sonic capabilities. Students were soon lining up to experiment with it.

Before long, Mr. Chadabe found himself mesmerized by the machine as well. At night, he would wait for the campus to clear out so he could sequester himself with the synthesizer, twisting its knobs to generate soundscapes. He went on to compose electronic music prolifically and to release several experimental albums, including “After Some Songs” (1995), which featured his abstractions of jazz standards, and “Many Times …” (2004).

Mr. Chadabe hosted concerts at the university at which he invited avant-garde composers like Alvin Lucier and Julius Eastman to perform works. In 1972, John Cage visited the studio to tape “Bird Cage,” a sound collage that featured shrill chirps he had recorded in aviaries. Mr. Chadabe also acquired an early Synclavier for the school, a digital synthesizer that became used by artists like Kraftwerk, Depeche Mode and Genesis.

Reviewing a 1983 concert performance in The New York Times, Bernard Holland wrote, “Mr. Chadabe seemed everywhere to be asking gentle, unassertive questions about who will lead and who will follow in this new marriage between humans and their computers, about how fully and how well people will cope with the potential riches and intimidating complexities of this newest addition to our family of musical instruments.”

In the 1980s, Mr. Chadabe began developing compositional software programs that musicians could use to make electronic music at home. He founded a company called Intelligent Music, which released programs like M, Jam Factory and UpBeat, which the band New Order used in recording its 1989 album, “Technique.”

In 1994, he formed the Electronic Music Foundation, a nonprofit organization that sought to increase public awareness of electronic music. The group presented concerts and festivals; had a record label that released work by composers including Cage, Laurie Spiegel and Iannis Xenakis; and maintained an online CD store.

“A lot of important people in the electronic scene weren’t exactly high profile in terms of the public, but Joel was incredibly interconnected with the community, and he reached a lot of people with the Electronic Music Foundation,” said Kyle Gann, who was the longtime new-music critic for The Village Voice. “He had a tremendous underground influence.” 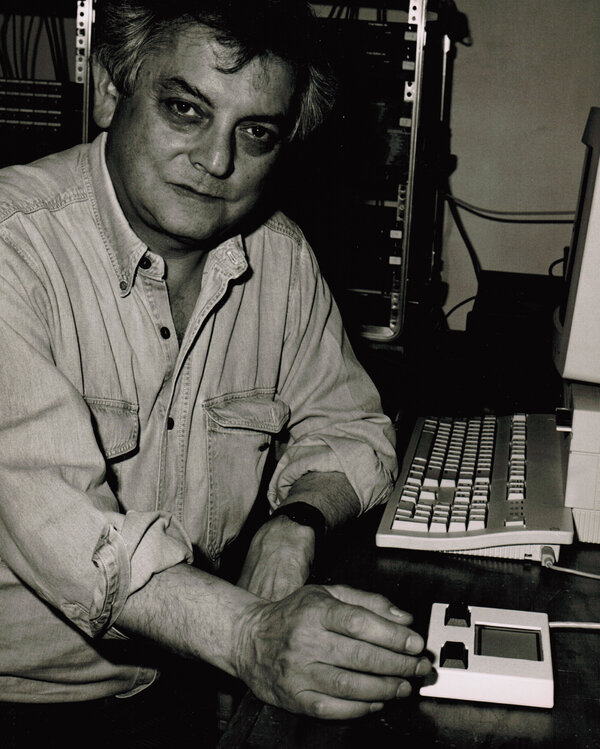 As artists like Daft Punk and the Chemical Brothers enjoyed mainstream success in the 1990s, Mr. Chadabe felt it was vital to document electronic music’s history while its pioneers were still alive. He published the book “Electric Sound: The Past and Promise of Electronic Music,” which featured over 150 interviews with figures such as Mr. Moog, the composers Milton Babbitt, Pierre Henry and Éliane Radigue, and Ikutaro Kakehashi, the founder of the Roland Corporation and an architect of MIDI. (Inevitably, Mr. Chadabe’s own contributions were also included.)

While he interviewed his subjects, Mr. Chadabe tried to divine what precisely it was that had compelled them all to make music with machines.

“In writing the book I asked people, ‘Why do you use electronics?’” he recalled in his University of Minnesota interview. “One of the answers that I received mostly was ‘To make any sound.’”

Joel Avon Chadabe was born on Dec. 12, 1938, in the Bronx and grew up in the Throgs Neck neighborhood. His father, Solon, was a lawyer. His mother, Sylvia (Cohen) Chadabe, was a homemaker.

Joel attended the private Bentley School in Manhattan and studied classical piano. His parents hoped that he would become a lawyer, but instead he studied music at the University of North Carolina at Chapel Hill, graduating in 1959. At Yale, he studied with the composer Elliott Carter, and after he acquired a master’s in 1962, he continued his studies with Mr. Carter in Italy. He was in Rome when he heard about an unusual job opening at SUNY Albany.

In addition to his wife, he is survived by a son, Benjamin, and a sister, Susan Strzemien.

As he grew older, Mr. Chadabe became a passionate environmentalist, and in 2006 he started the Ear to the Earth music festival, which featured performances of electronic music themed around nature. At the festival in New York that year, one composition included the rustling of pine beetles and another utilized a soundscape of the city’s pigeons.

Mr. Chadabe retired from SUNY Albany in the late 1990s but continued to teach electronic music courses at the Manhattan School of Music, New York University and Bennington College, where he had been teaching as an adjunct since the 1970s.

Well into his 70s, Mr. Chadabe remained tantalized by the possibilities of electronic music, whose potential he felt was only just being understood.