Joe Lycett has shredded an eye-watering £10,000 on a livestream after David Beckham refused to meet his demands to pull out of his role as a Qatar ambassador.

Last week, the comedian issued an ultimatum to the former England footballer after it was reported he had signed a £10million deal with the FIFA World Cup hosts, where homosexuality is illegal and anyone found participating in same-sex sexual activity can be punished with up to seven years in prison.

On Sunday (November 20) at midday, Lycett appeared on camera where he was seen putting cash into a large red shredder.

Dressed in an elaborate rainbow-coloured coat and red ear defenders, Lycett stepped into the shot where he completed the task without saying a word.

Within seconds, the money sprayed out the other side of the machine in little pieces of confetti.

Lycett curtseyed at the camera before walking away in silence. 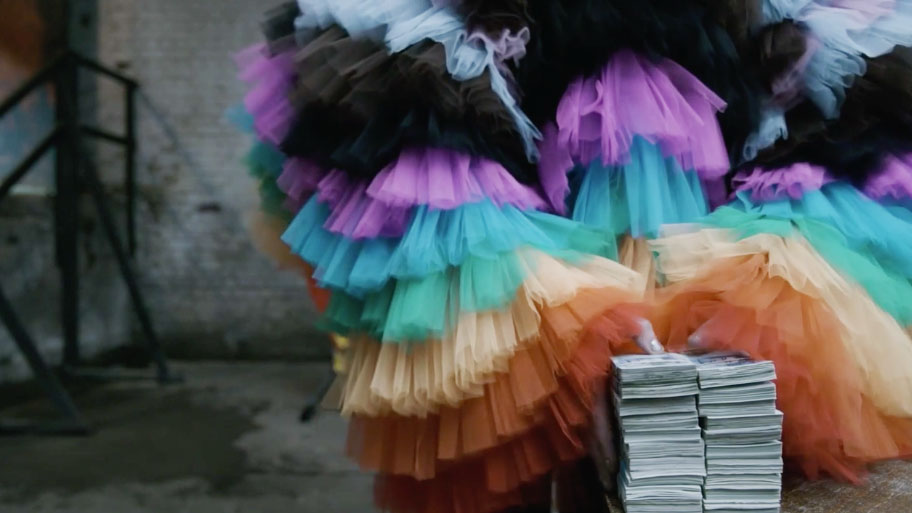 Although it is not known whether the bank notes were genuine, many fans have praised Lycett for staying true to his word, while slamming Beckham for not taking action.

‘So much respect for you doing this!!’ wrote one, while another said: ‘Nothing but the utmost respect for Joe sticking to his guns.’

A third penned: ‘Joe Lycett remains wonderful. And isn’t afraid to follow through on his promises. Beckham, on the other hand…’

In a video message shared last week, Lycett addressed Beckham directly and called for him to end his relationship with Qatar.

‘If you end your relationship with Qatar, I will donate ten grand of my own money (that’s a grand for every million you’re reportedly getting) to charities that support queer people in football,’ he said.

‘However, if you do not, I will throw the money into a shredder at midday next Sunday, just before the opening ceremony of the World Cup and stream it right here. Not just the money, but also your status as gay icon will be shredded.

‘Also, you’ll be forcing me to commit what might be a crime. Although even then, I reckon I’ll get off more lightly than I would if I got caught whacking off a lad in Doha.

‘The choice is yours. I look forward to hearing from you.’

Beckham is yet to publicly acknowledge or respond to the ultimatum, which prompted Lycett to begin counting down the hours until the deadline.

On Saturday the comedian tweeted a photograph of what appears to be a stack of cash with the caption ‘24 hours to go…’ and #benderslikeBeckham.