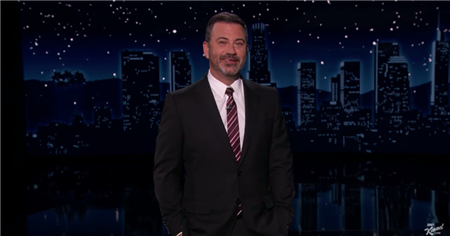 Welcome to Best of Late Night, a rundown of the previous night’s highlights that lets you sleep — and lets us get paid to watch comedy. We’re all stuck at home at the moment, so here are the 50 best movies on Netflix right now.

Before President Donald Trump left office, Representative Matt Gaetz, one of his most vocal allies, unsuccessfully sought a blanket pre-emptive pardon for any crimes he may have committed, The New York Times reported this week. At the time, the Republican congressman from Florida was the subject of a Justice Department investigation over whether he’d had a sexual relationship with a 17-year-old and violated sex trafficking laws, though it is unclear whether he or the White House knew about the inquiry.

“The reason the White House denied the pre-emptive pardon for Matt Gaetz is because they thought it would set a bad precedent,” Jimmy Kimmel said on Wednesday. “At the time, they were only interested in setting terrible precedents.”

“You know, his advisers, according to Maggie Haberman of The Times, talked him out of a full-throated defense of Gaetz, which is sad, because Matt Gaetz really was the son Donald Trump never had, even though he had a couple.” — JIMMY KIMMEL

Stephen Colbert noted how close Gaetz had been to Trump at one point. The congressman wrote in a book that Trump would call him frequently while in office.

“[imitating Gaetz] ‘The president has called me everywhere: while I was lurking in the bushes outside of a high school, while I was making fake IDs, even while I was tutoring my girlfriend for the SATs.’” — STEPHEN COLBERT

“Gaetz has denied any wrongdoing, but sources say that just before the previous president left office, Gaetz asked for a blanket pardon. Oh, I don’t think the blanket wants a pardon; I think it wants to be burned — it’s seen too much.” — STEPHEN COLBERT

“You know you haven’t done anything wrong when you check in with the president to ask for a pardon in case you happen to get accused of a sex crime somewhere down the line.” — JIMMY KIMMEL

“The pardon request was reportedly seen as a nonstarter at the White House, which is — that’s saying a lot, considering Donald Trump once wanted to nuke a hurricane.” — JIMMY KIMMEL

The actress Danielle Brooks talked with Trevor Noah about motherhood, and about playing the legendary gospel singer Mahalia Jackson.

What We’re Excited About on Thursday Night

Padma Lakshmi will dish on Season 18 of “Top Chef” on Thursday’s “A Little Late With Lilly Singh.” 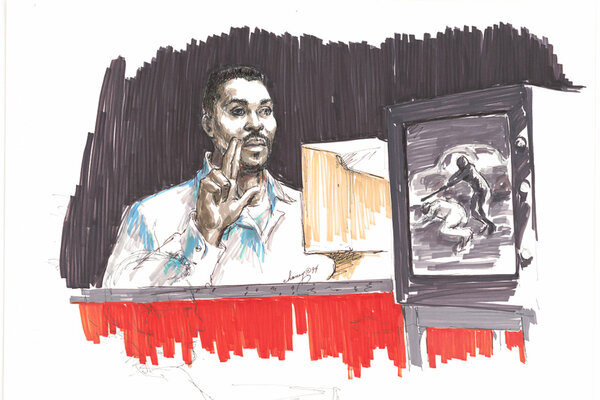 The Library of Congress recently added 200 courtroom sketches of the Rodney King police brutality trials to its collection. “We are drawing history in the making,” one sketch artist said.