“You can tell a leader really knows his stuff when he uses the phrase ‘do a coup,’” Fallon said of Trump, who belittled a general for fearing he might try to stay in power. 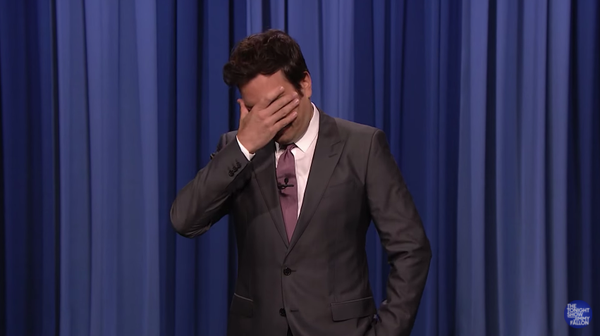 In a new book about Donald Trump’s final year in office, the authors write that Gen. Mark A. Milley, the chairman of the Joint Chiefs of Staff, feared Trump would attempt to stage a coup to remain in power after losing the election. Trump responded on Thursday: “If I was going to do a coup, one of the last people I would want to do it with is Gen. Mark Milley.”

“You can tell a leader really knows his stuff when he uses the phrase, ‘do a coup,’” Jimmy Fallon joked on “The Tonight Show.”

“OK, you’ve clearly put some thought into this thing you’re ‘not into.’” — STEPHEN COLBERT

“We really need to come up with a better early warning system than tell-all books. ‘We’re in danger — quick, get me a typewriter!’” — SETH MEYERS

“In a new book, Milley reveals that following the election night, he thought the ex-president ‘was stoking unrest, possibly in hopes of an excuse to invoke the Insurrection Act and call out the military,’ saying, ‘This is a Reichstag moment.’ No surprise — the last president was very popular with the alt-Reich.” — STEPHEN COLBERT

“Of course, the Reichstag fire was in 1930s Germany, when an attack on the country’s legislative branch was used as a pretext to solidify fascist control. What the MAGA crowd did this year was totally different — because it was in English.” — STEPHEN COLBERT

“That’s right, pop star Olivia Rodrigo made a surprise appearance at the afternoon press briefings. It was almost as surprising as when Sarah Sanders would appear at one.” — SETH MEYERS

“Side note here — it’s nice to see a real celebrity at the White House after the last four years, when the previous president could only manage to dig up the likes of Ted Nugent or Scott Baio.” — SETH MEYERS

“Biden’s got huge celebrities helping him out with an unprecedented nationwide campaign to get Americans vaccinated against a deadly disease, and all Trump could muster was 18 holes with Kid Rock and his flag pants, which look like something you buy for six bucks at a truck stop because you tore the [expletive] out of your good pants rock-climbing on peyote.” — SETH MEYERS

Barry Jenkins, an Oscar-winning screenwriter and director, talked to Desus and Mero about telling stories of Black trauma onscreen.

Broadway is finally back, with new Covid safety protocols and productions in previews still working out the kinks.