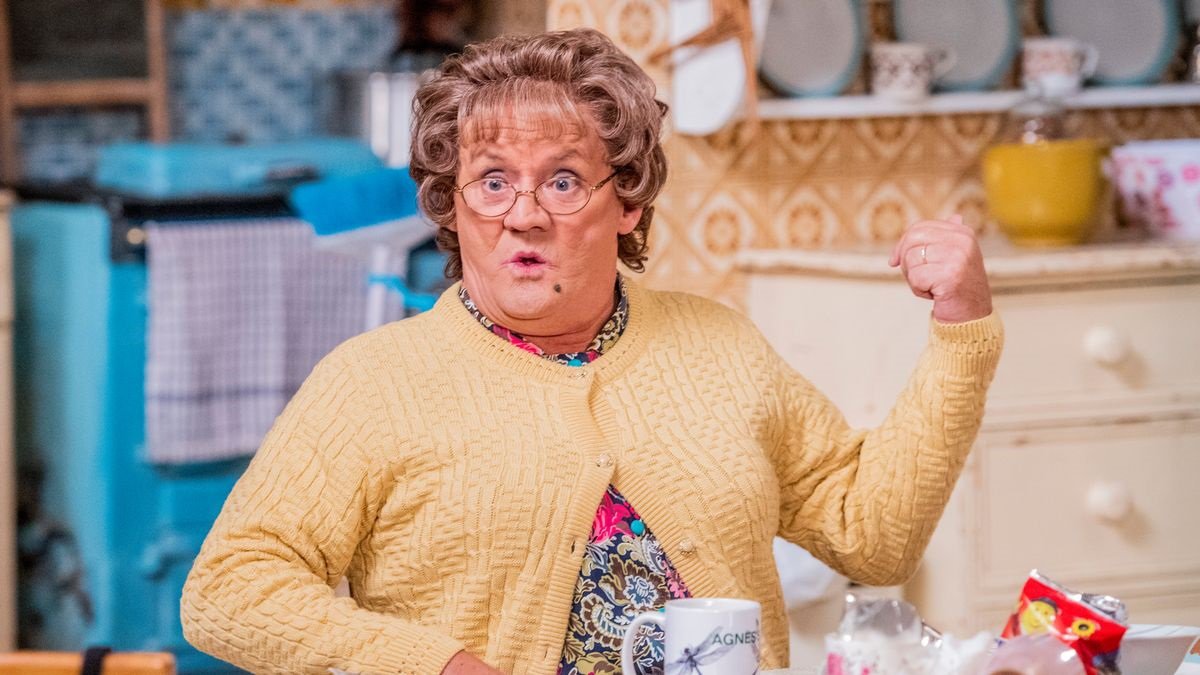 Mrs Brown’s Boys is back for two episodes this Christmas, with the first airing a little later today (Christmas Day).

It’s a festive treat for fans of the comedy show, but what about a more long-term return of the ever-popular sitcom?

The show, after all, has proven to be a massive hit. Spawning live stage shows, a chat show and a movie, the comedy follows the lives of Mrs Brown – played by comedian Brendan O’Carroll – an Irish mother and her four children who live in Dublin suburb Finglas.

Despite being popular with many, the show has just aired Christmas specials for almost ten years, with no regular episodes airing since February 2013.

Is that changing any time soon? Are they coming back for a new series?

Will there be new episodes of Mrs Brown’s Boys?

Good news for fans – the show will return with a new mini-series in 2023.

Speaking to the RTÉ Guide, Fiona – who plays Maria Brown, the wife of Mrs Brown’s son Dermot – said: ‘In October [2022] we’ll be filming two [Mrs Brown’s Boys] Christmas specials and the first of a mini-series of four episodes, the other three early next year.’

The long-running series – which was adapted from a radio show which aired in Ireland in the 1990s – was actually expected to make a comeback earlier, but Covid meant it couldn’t happen logistically.

The pandemic, and the following months when a return to normality saw studios booked up, meant that the return was put on hold.

But in even better news for fans, the 2023 return isn’t a final hurrah – the Beeb have signed the show to last up until at least 2026.

Show creator and Mrs Brown himself, Brendan O’Carroll, told The Irish Sun: ‘It’s incredible that the BBC have nailed down such a special slot for Mrs Brown. We’ve been doing it for nine years already — which is six more than the Royle Family had and more than Morecambe and Wise.’

‘This new deal we signed last week goes all the way to 2026, which means I will be able to grow into the part, and we’ve a clause in which guarantees Mrs Brown is aired at 10pm on Christmas night, or else we don’t have to make it. I wanted that because if it’s not good enough for Christmas Day, then we shouldn’t be making it.’

What is this year’s Mrs Brown’s Boys Christmas special about?

The official synopsis for this year’s special – called Shining Mammy – reads: ‘It’s Christmas in Finglas once again, and this year Cathy has a new boyfriend, Boris.’

‘A last-minute change of plans leaves Agnes babysitting the widower’s twins while he and Cathy head to Foley’s for a quiet, romantic drink. Not everyone is convinced he’s right for Cathy, and there are even suspicions that he might be a vampire. But it’s not Boris that Agnes is worried about; she has her own concerns over his creepy twins.’