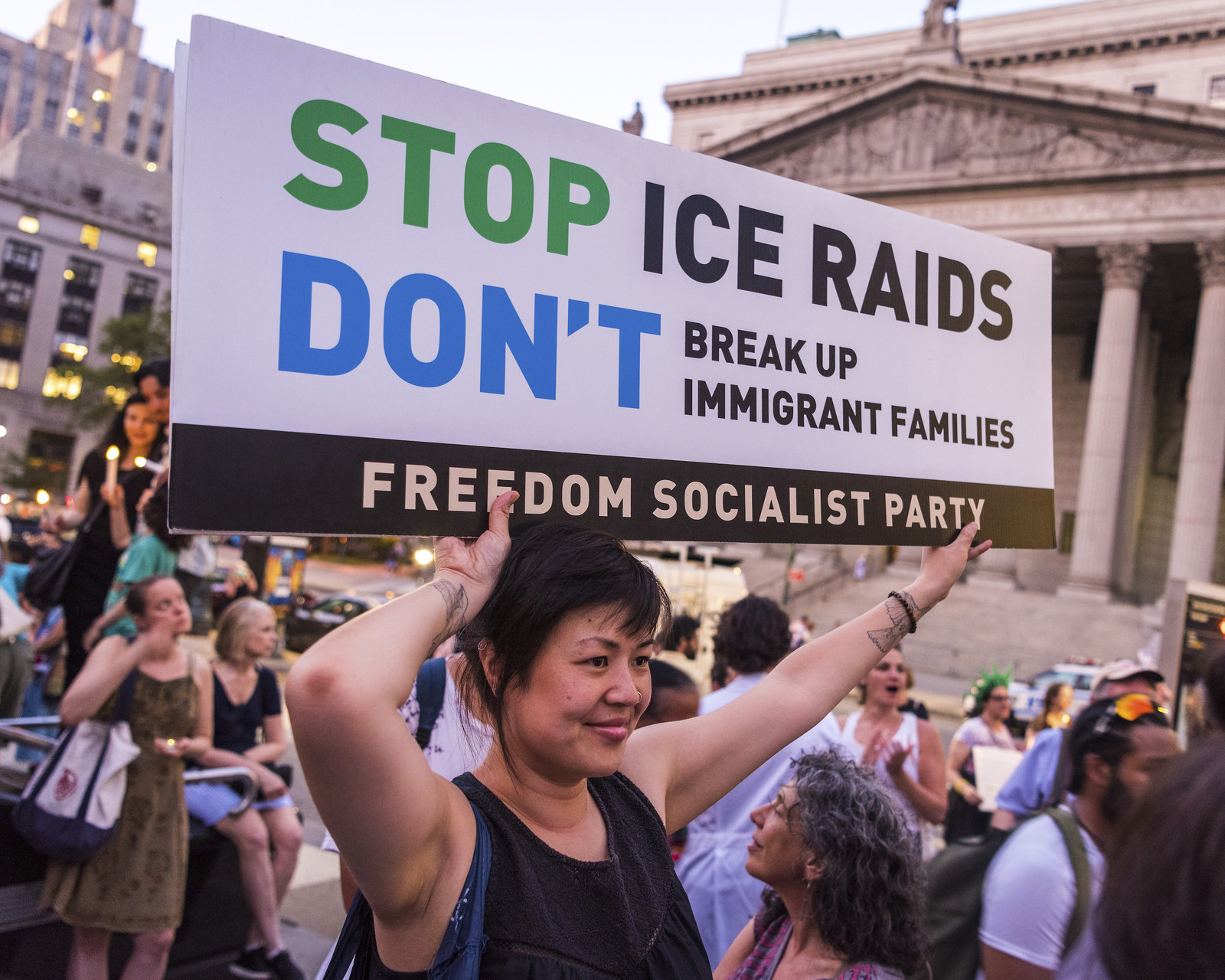 The typical weekend bustle in immigrant communities across major US cities was dampened on Sunday: Churches weren’t full, markets were quiet, and the streets were less crowded in some neighborhoods.

While “mass” arrests promised by President Trump have yet to materialize, the impact of a highly-anticipated US Immigration and Customs Enforcement operation targeting undocumented families with deportation orders was noticeable in Atlanta, Central California, Houston, New York City, and Miami, according to advocates and observers on the ground.

Many immigrants — those with legal status and those without — stayed home and avoided the prospect of encountering ICE officers.

“They are being cautious — they are avoiding any encounter with ICE,” said Adelina Nicholls, head of Georgia Latino Alliance for Human Rights. She drove around Atlanta with other immigrant advocates early Sunday morning, looking for any ICE activity in what were usually lively neighborhoods. “We encountered very few people in a three-hour drive. There was a lot of movement on social media, everybody was talking about it. It’s better safe than sorry.” 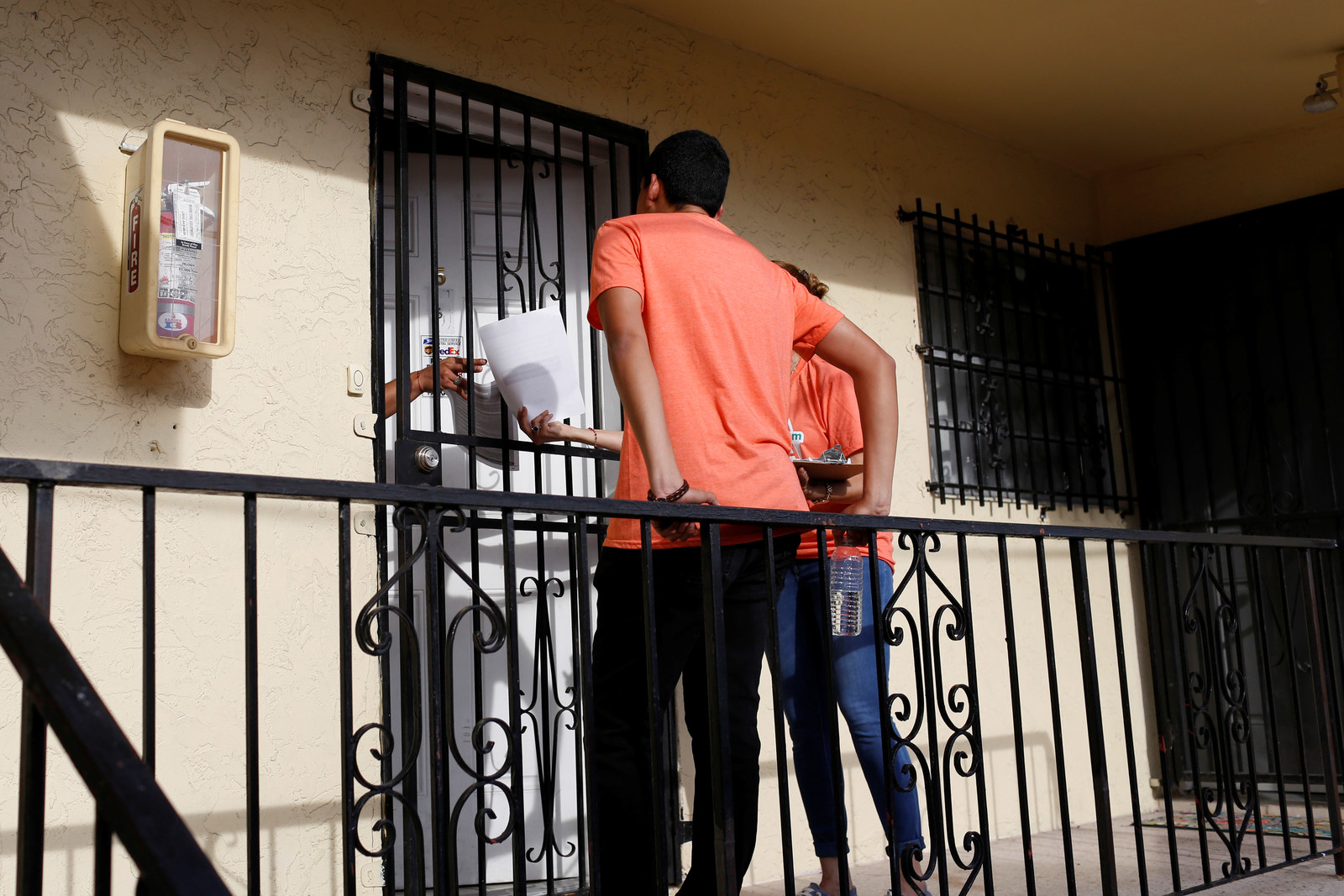 Immigration rights activists in Miami hand out pamphlets as communities braced for a reported wave of deportation raids across the US.

Hotlines set up by advocates in cities like New York and Miami picked up phone calls reporting ICE officers canvassing neighborhoods, but no arrests were confirmed this weekend. The agency had been planning to target thousands of undocumented immigrants, though officers generally only pick up 10% of their targets in similar operations. ICE actions generally take place over the course of several days, so more arrests could still come.

Anna Núñez, a Houston resident who has worked in immigration advocacy, said she noticed a significant drop in attendance on Sunday at a church that usually draws a lot of Latinos.

“It breaks my heart because people are failing to realize the long-term damage and ramifications this has on the entire community, not just immigrants,” Núñez told BuzzFeed News. “It’s a frightening ripple effect.”

Other friends told Núñez the parking lots of normally busy grocery stores were empty on Sunday. At a Walmart Supercenter in southeast Houston, not a “brown face” was to be seen, Núñez said.

Patti Rodriguez, a 49-year-old longtime Houston resident, noticed people in immigrant communities making a concerted effort to not be visible this weekend. When she was in the Near Northside neighborhood of the city on Saturday, she noticed people peeking from behind closed curtains while hardly anyone was on the streets.

“A woman from the neighborhood told me everyone was either staying home or went out of town for the weekend,” Rodriguez told BuzzFeed News. “It was a ghost town.” 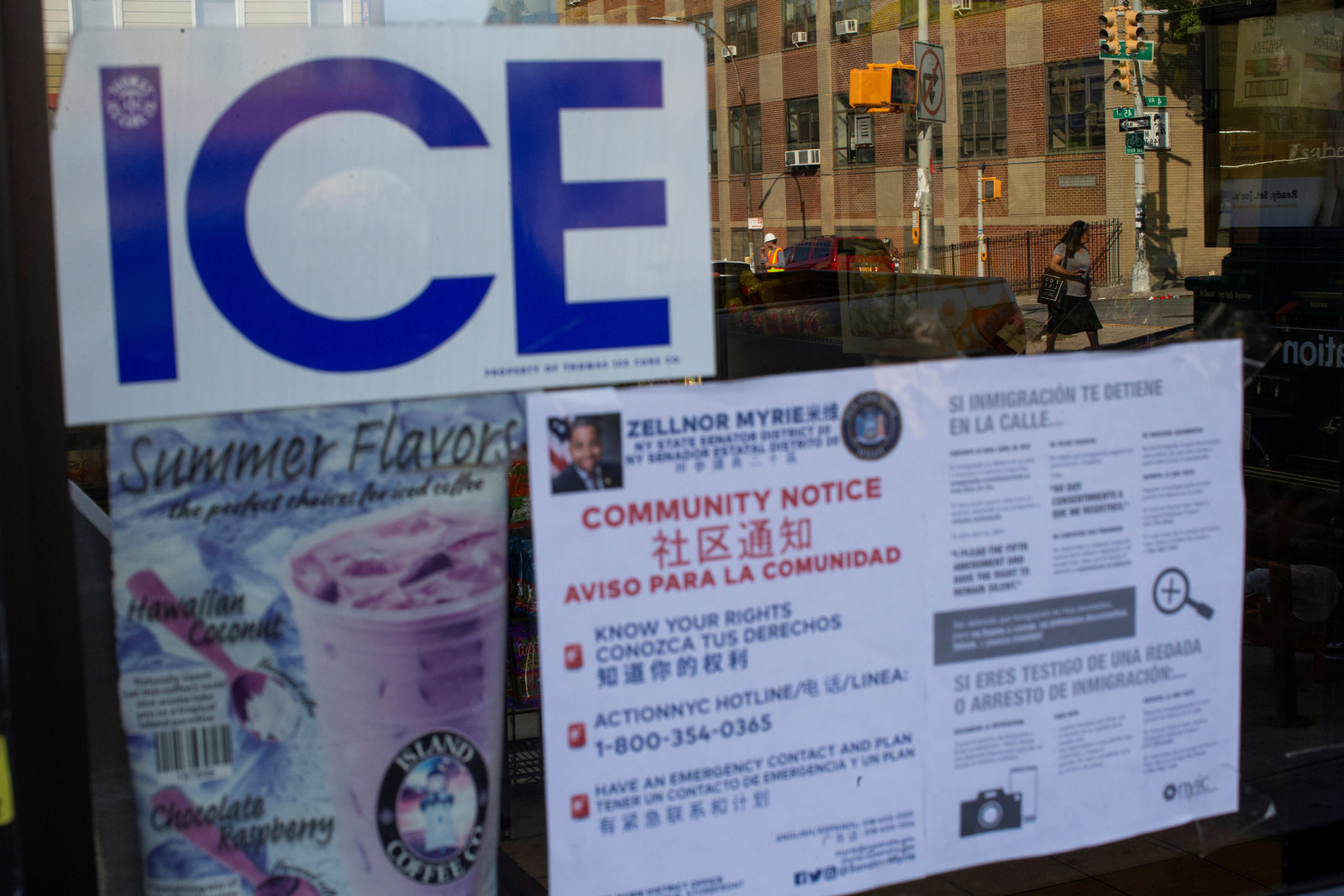 While Trump has tried to suggest previously that millions of people will be swept up in the raids, adding fuel to the fears, the raid is unlikely to even lead to thousands of arrests. The administration has been criticized by immigrant advocates for using the threat of ICE raids as a vehicle to boost Trump’s re-election campaign.

Appearing on Fox News on Sunday, ICE acting director Matt Albence refused to confirm that the operation had begun.

“We are doing targeted enforcement actions against specific individuals who have had their day in immigration court and have been ordered to be removed by an immigration judge,” Albence said. “We are merely executing those lawfully issued judge’s orders.”

Meanwhile, in Miami, advocates canvassing neighborhoods quickly realized that things appeared different than most Sundays. Advocates reported that community members refused to talk to them before they identified themselves.

“We did notice less people out and about for a Sunday — we went to a church, where there is usually a big congregation and I thought, ‘this is not as big as usual,’” said Thomas Kennedy, political director of the Florida Immigrant Coalition. “People were very aware of the raid.”

In New York, Lizbeth, a 21-year-old who is protected from deportation through DACA, noticed the difference when she went out for lunch.

“I went to the deli and I did not see a single Latino person on the street,” she said. Her family and immigrant neighbors are not leaving their homes. “Our whole body is filled with fear. It’s just one of many days that we as a community expose ourselves to a society full of hate. We all no longer feel safe in a place that many of us call home.”

Even US citizens who are not the targets of the anticipated ICE raids avoided the public on Sunday.

E. Gonzalez, a 75-year-old grandfather, said he made himself a prisoner in his own Houston home on Sunday out of fear that he would be picked up by agents if he stepped out into his predominantly Latino neighborhood despite being a US citizen.

Gonzalez, who declined to use his full name out of fear, normally walks his German shepherd-husky mix dog twice a day but worried he could be detained by ICE agents if there was an operation in his neighborhood. Gonzalez said he’s heard of cases where immigration authorities accidentally arrested naturalized immigrants.

“I don’t want to give my kids to suffer a headache because of something like that,” Gonzalez told BuzzFeed News. “Why risk it? I think it’s better to stay home for now.”