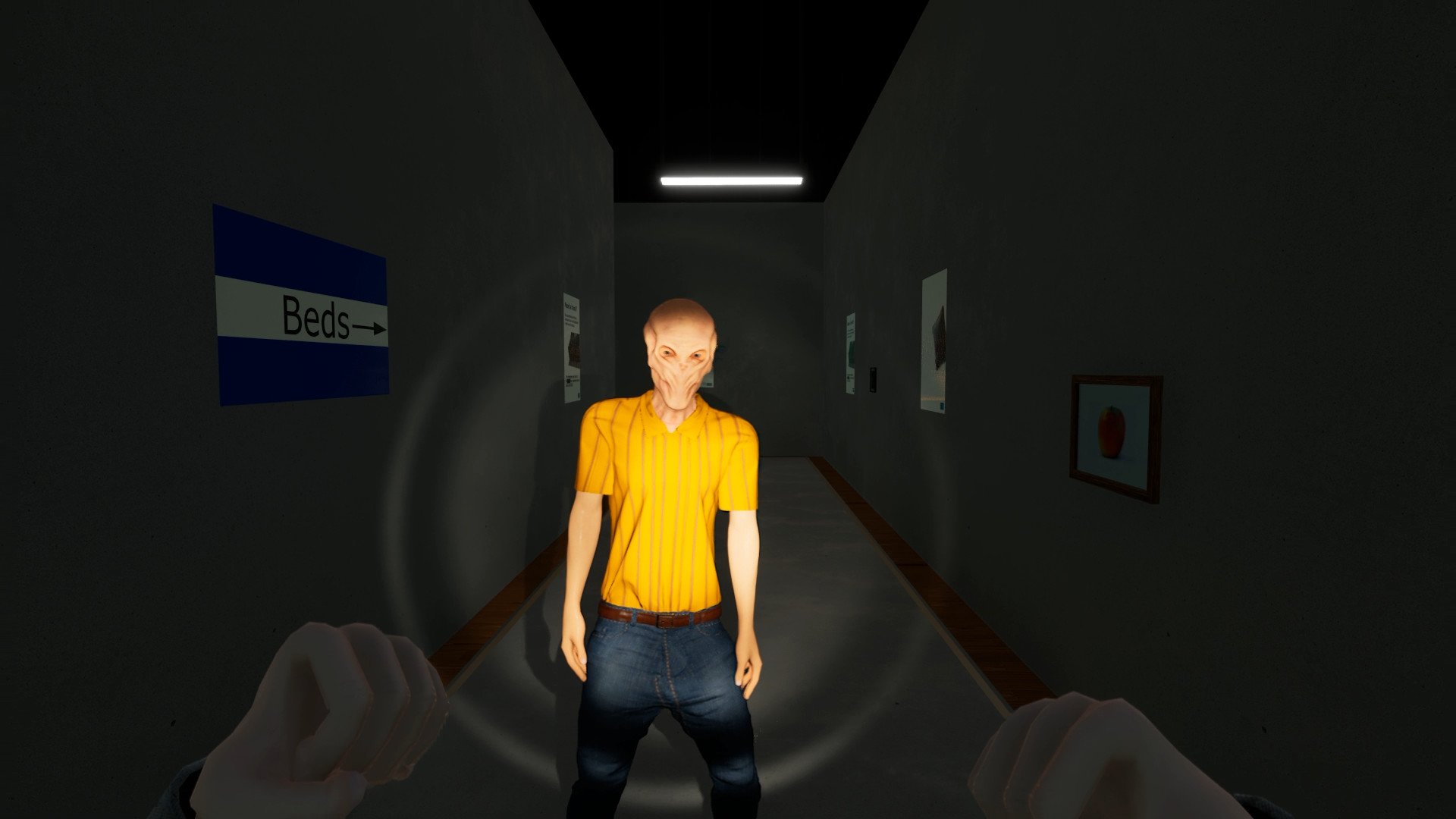 An indie developer is having to do a visual overhaul of their horror game for allegedly infringing Ikea’s trademarks.

Have you ever heard of The Store Is Closed? Described as an ‘infinite furniture store survival game’ for PlayStation 5, Xbox Series X/S, and PC, it’s a Kickstarter project being developed by a single UK based developer named Ziggy.

Ziggy (real name Jacob Shaw) had already built a closed alpha before launching the project last month but has managed to accrue over £50,000 in Kickstarter pledges, five times more than the initial goal.

However, The Store Is Closed has also caught the attention of Ikea, which has told Shaw to completely overhaul the game’s visuals because its in-game store setting looks too much like an Ikea store.

‘Your game uses a blue and yellow sign with a Scandinavian name on the store, a blue box-like building, yellow vertical stiped shirts identical to those worn by Ikea personnel, a grey path on the floor, furniture that looks like Ikea furniture, and product signage that looks like Ikea signage. All the foregoing immediately suggest that the game takes place in an Ikea store,’ it reads.

The in-game store’s logo does use blue and yellow similar to Ikea’s own logo. However, it’s named STYR, which is a Swedish word for ‘controls’ according to Google Translate. This is probably just a coincidence since it sounds like the English word ‘store,’ which was likely Shaw’s intention.

Ikea itself, meanwhile isn’t even a real word to begin with and is instead an acronym.

Shaw also claims that the furniture all comes from generic asset packs that anyone can buy, so he doesn’t understand what the letter means when it says the furniture looks like ‘Ikea furniture.’

The letter adds that several websites, such as Eurogamer and Game Rant, have directly compared the game to Ikea and ‘numerous comments by readers of these stories make an association with Ikea stores.’

It concludes by saying that Shaw is in violation of unfair competition and false advertising laws and has ‘10 working days’ to make the appropriate changes. This is despite the fact that the game isn’t even available yet and the letter even recognises that it’s not due until 2024.

‘You can of course easily make a video game set in a furniture store that does not look like, or suggest, an Ikea store. You can easily make changes to your game to avoid these problems, especially since you do not plan to release the game until 2024,’ it says.

Whether or not Ikea has a leg to stand on with these comparisons is irrelevant, as Shaw already intends to comply with the demands. After all, he is just one indie developer and Ikea is a giant corporation.

‘I was going to spend the last week of my Kickstarter preparing an update for all the new alpha testers,’ he told Kotaku. ‘But now I’ve got to desperately revamp the entire look of the game so I don’t get sued.’

We contacted Ikea for a statement on that matter, to which it replied ‘While we think it’s flattering that others are inspired by the Ikea brand, we must be diligent to ensure that the Ikea trademarks and trade dress are not misapplied.

‘Various elements of the video game currently correspond in appearance with the Ikea brand features. We’ve reached out to the creator of the game and asked them to make changes to those elements to ensure that this is no longer the case. They expressed that they understand our request and agreed to make those changes. This should all be well in time for the expected 2024 launch of the game.’

While the aesthetics will have to change, this shouldn’t affect the overall structure and gameplay of The Store Is Closed.

‘The Store is Closed is a co-op survival game set in an infinite furniture store,’ reads its Steam description.

‘When the lights go out, the staff attack. You’ll need to craft weapons and build fortifications to survive the night. Explore the underground SCP laboratories and build towers to the sky to find a way out.’