The London detective is back for a film-sized helping of drama, and the cast thus far looks super exciting.

It’s official. Luther is returning to our screens, this time as an extended, film adaptation-type affair. Popcorn at the ready.

Idris Elba will – obviously – lead the Netflix movie (in association with the Beeb, still) as Luther himself, and Widows star Cynthia Erivo is set to enter the London detective’s world in an as-yet-unnamed role. Planet Of The Apes and Star Wars star Andy Serkis has also joined the cast.

We now finally know that filming for the movie is underway as Elba teased us all with these pictures, which he posted to his Twitter and Instagram last night.

It looks like filming for the Luther Netflix movie is finally underway.

Captioning it with “Oi……I’m back!” it also looks like the signature Luther look will be making a natural resurgence too: 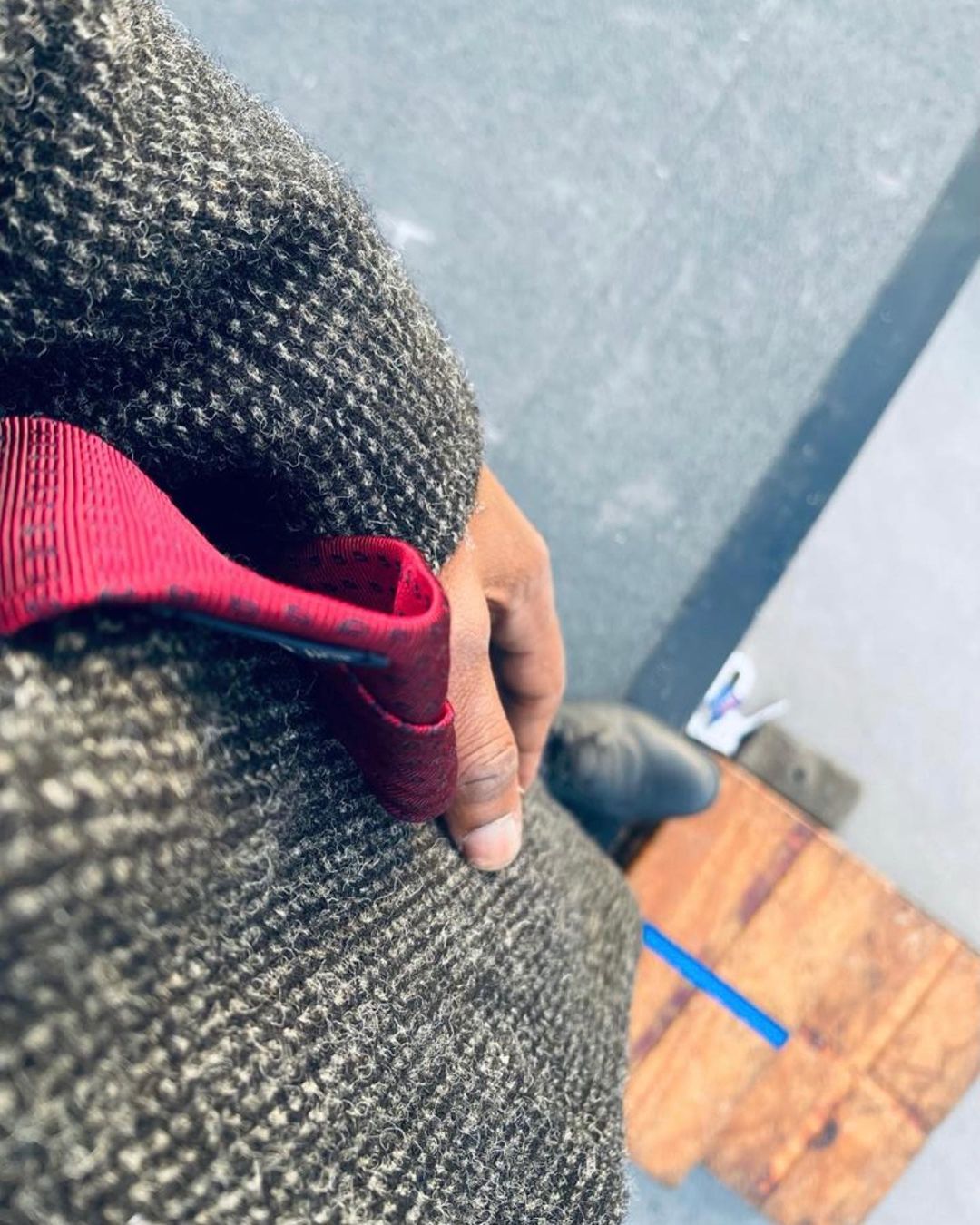 Luther fans can rejoice: the signature outfit is back.

The film will pick up where season five left off, so we will get to find out what happened after Luther’s *gasp* arrest. It’s been billed as “an epic continuation of the Luther saga”, no less. Fans may be desperate to know if Ruth Wilson’s Alice (the series’ OG antagonist) will be returning, but there’s no news of this yet. We can only wait on tenterhooks.

While Luther creator Neil Cross has written the film adaptation, Jamie Payne (known for his work on Outlander, Doctor Who and Call The Midwife) is rumoured to be directing. Seriously exciting times.

Elba has been dropping hints about taking Luther to the next level for years now and has told Entertainment Weekly in a previous interview that this stage of the story might be the perfect time.

“I feel like John has to make some decision in jail,” he said. “It’s quite clear that it would be very difficult for him to be a policeman moving forward. I think that’s a great setup for a movie.

“The last few seasons have been more like mini-movies, and film allows us to now have more dramatic pinpoint moments that are slightly more compressed – and it’s a bigger but smaller dose of Luther.”

And now, an upcoming Empire issue has blessed us with an official first look at the next step of the Luther story coming our way.

It’s not quite what we expected, seeing DCI John Luther trek across a snowy terrain instead of the dim and gritty streets of London, but we’ll take it.

However, there is an explanation for the strange setting.

“We really peel the onion back here because we had the time and scale to do that,” Idris Elba told Empire. “It also gives Neil [Cross] a lot more, you know, Luther-land to play with, in terms of where Luther can go, how he goes, what the landscape is. We break out of the gritty streets of London; we take it outside of that a little bit. And that’s great. It feels like now we’re entering a different life of the Luther experience.”

And even with the bigger scale, Elba promises that the Luther film will stick firmly in the roots of the show.

“It’s really dangerous when expanding from television to film to throw a lot of money at it, and for that moment to change the characteristics of the show,” he said. “I wanted to make sure that even though we had a bigger budget, we didn’t distort the parameters of Luther-land too much.”

With a release date of March 2023 in the distance, Cynthia Erivo is looking busy with other exciting projects alongside her Luther appearance – she’s set to appear in Robert Zemeckis’s Disney remake of Pinocchio as the blue fairy, and we are here for it.

This rendition will contain a mix of CGI and live action, with Erivo appearing IRL alongside Tom Hanks, with Joseph Gordon-Levitt and Sopranos star Lorraine Bracco in voice roles.