Elaborate dairy sculptures have graced dining tables since the 1500s. Now chefs and food artists are making them look like Le Corbusier chairs. 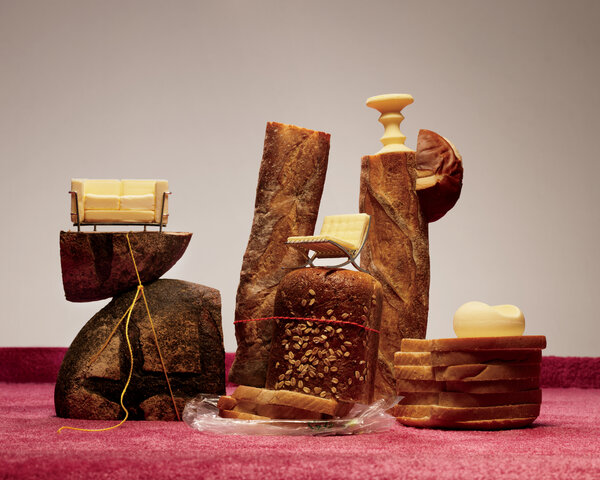 ON A LATE spring evening in 1536, a dinner party was held in a garden in the Trastevere neighborhood of Rome. The festivities were presided over by Bartolomeo Scappi, a provocative chef who was known for comparing cooking to architecture, and for treating the tabletop as a stage for flamboyant displays that on this occasion included an intricately carved figure of Hercules with a lion, a palanquin-bearing elephant and a man astride a camel. Such opulence was not uncommon for the time, but what’s noteworthy is that these scenes were cast not in stone but in butter. Though food sculpture is thought to date to at least the second millennium B.C., this is the earliest recorded instance — in Scappi’s 800-page opus, “The Opera of Bartolomeo Scappi” (1570) — of butter sculpture being mentioned in a European cookbook.

By the mid-17th century, such tableaus, known in Italian as trionfi da tavola — or “triumphs of the table” — had become mainstays of Baroque banquets. They were more frequently made from marzipan, sugar or ice, as depicted in Antonio Latini’s “The Modern Steward, or the Art of Preparing Banquets Well” (1692-94), which features 167 formations, including fountains, castles, angry bulls, Nereids and gods. In this extravagant era, the mastery of food signaled status, and a meal became a style of performance art. Royal households might employ upward of 800 kitchen staff to bring such visions to life. By the 18th century, decorative butter pats were a dinner table norm in England.

In the East, Tibetan Buddhist monks have been crafting yak butter offerings since the early 1400s. These dairy decorations are a type of ornamental gift, typically made from flour, water and butter, depicting everything from suns and moons to lotus flowers and lamps. Stored in caves or dedicated shrine boxes, they’re occasionally left to melt in a symbolic commentary on the temporality of life — a kind of existential art.

BY THE LATE 19th century, outside of American agricultural fairs, butter sculpture had fallen out of favor in the West, relegated to obsolescence by the invention of margarine in 1869, the industrialization of dairy production and, later, wartime rationing. 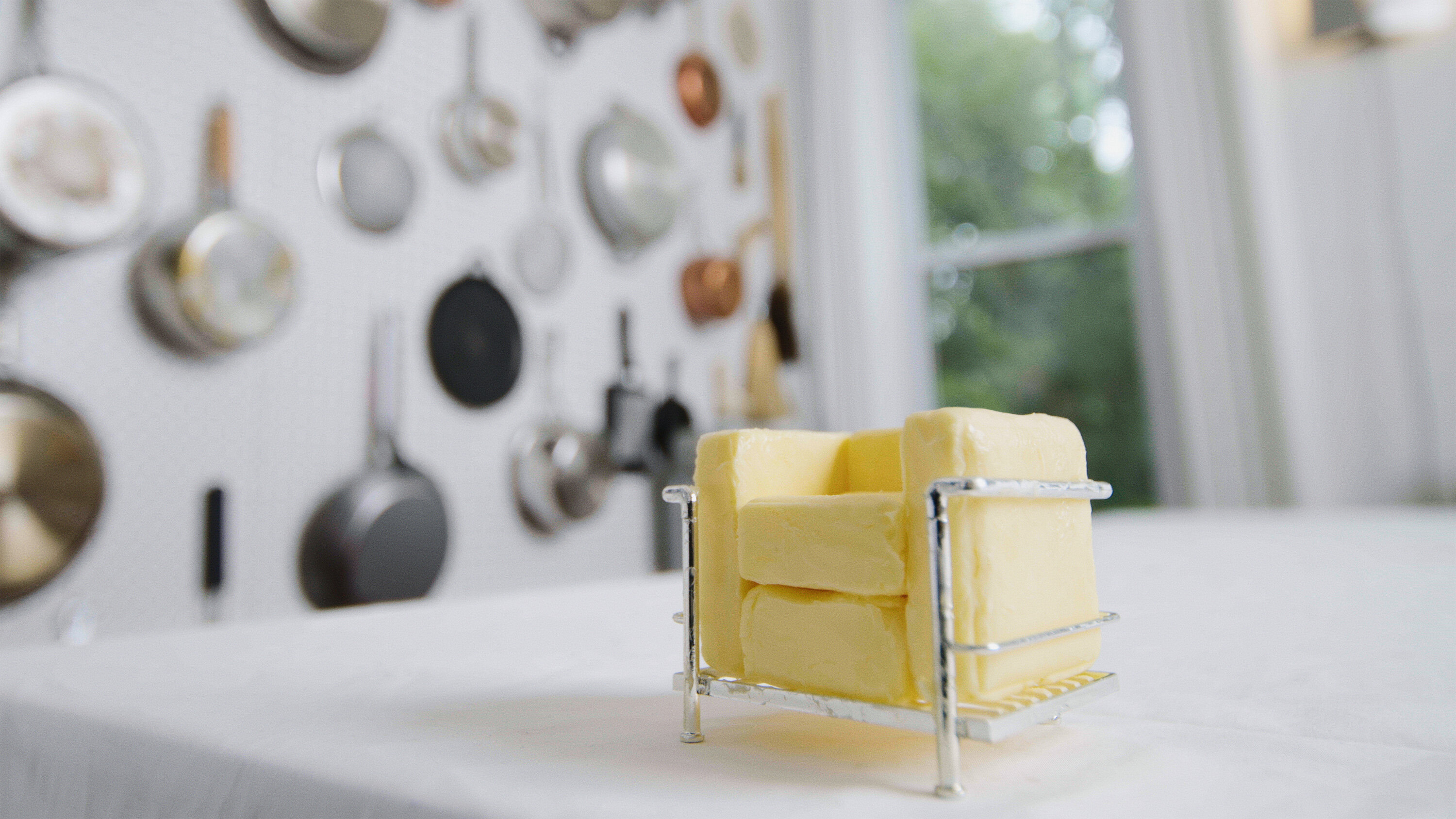 But now, nearly 500 years after Scappi first crafted his statua di burro, butter sculpture is enhancing dinner tables once again thanks to a new generation of practitioners. The Egyptian-born, New York-based chef and artist Laila Gohar shapes butter into forms that range from the classical to the bizarre, from roses and Ionic Roman columns to chicken drumsticks and koi. She first found her inspiration on the walls of the National Gallery of Art in Washington, D.C., in Antoine Vollon’s 1875-85 still life “Mound of Butter.” Last year, she forged miniature Venus de Milo figurines as part of a promotional series for the Copenhagen textile brand Tekla. “It’s extremely satisfying to go at it with a knife,” she says.

Suea, a cook and food creative who was born in Korea, raised in Montana and now lives in Brooklyn, felt a similar excitement when she served candles made from ghee, or clarified butter, for the first time. She says her dinner guests “literally freaked out” when they realized they could dip their baguettes into the burning candles, which were infused with garlic, rosemary, thyme, sage, chiles and lemon. One of her more ambitious experiments involved rendering the blocky leather cushions of a miniature LC2 chair (designed by Le Corbusier, Charlotte Perriand and Pierre Jeanneret in 1928) in butter. Next up will be Gaetano Pesce’s globular 1969 La Mamma (Donna) chair, which is inspired by a prehistoric fertility goddess. “Butter is so easy to work with, the possibilities are endless,” she says. “And it just tastes so good.”

The Missouri-based photographer, set designer and art director Jill Burrow began sculpting with butter during the Covid-19 lockdown, modeling a brilliant checkerboard design from single hand-cut cubes of butter and jelly. Forced to downscale her typically elaborate sets, Burrow used whatever she found in the fridge, turning to the “universal language of butter,” as she puts it, to amuse herself. “There’s just this instant lift when something ordinary is rendered extraordinary,” she says.

But the decorative butter revival isn’t confined to visual artists. At the Apollo Bar & Kantine in Copenhagen, the Danish chef Frederik Bille Brahe pairs huge, fluffy piles of butter, which has been whipped with buttermilk and embellished with salt, with grainy hunks of sourdough as part of a vegetarian lunch for students of the Kunsthal Charlottenborg. Bille Brahe sees these generous formations as ceremonial — a minimalist expression of butter art that he calls “a sculpture made of clouds.” The ephemerality, and easy thrill, of such butter styling is, he says, irresistible. “Some painters use blue,” he says. “We use butter.”