Russell Crowe wants you to know that his process of preparing for a role is not interesting. At all. Everyone always asks him about it. (Don’t ask him about it.)

But let’s suppose you did. Was it not difficult getting inside the head of Roger Ailes, a man who, as the mastermind behind Fox News, was just as reviled as revered? A man accused of legitimizing racist conspiracy theories and sexually harassing multiple women?

Maybe. But that’s the wrong question, too. You probably already have your opinions about Ailes, the central figure in Showtime’s new limited series “The Loudest Voice.” Crowe, who plays him, isn’t so interested in those, either. He has his own.

One is that Ailes — conservative bulldog, kingmaker, defender of Christmas — was more complicated than his enemies gave him credit for.

“The one thing that I learned about Roger from talking to people that loved him — and lots of people loved him — is how charming he was, how personable he was, how loyal he was,” Crowe said.

Not everyone involved in “The Loudest Voice” was quite as charitable about Ailes, who two years after his death is as polarizing as ever. Not the showrunner. Not the writer whose reporting inspired the show. So when the series debuts on Sunday, the on-screen image of Ailes will be the product of years of grappling, arguing, writing and rewriting; of death threats and smears and anonymous sources; of clashing interpretations of shadowy truths.

In other words, it will embody the legacy of a man whom Crowe — not typically known for understatement — described as “a very complicated bloke.”

Adapted from Gabriel Sherman’s scathing (and unauthorized) 2014 biography, “The Loudest Voice in the Room,” and his reporting for New York magazine, the series focuses on the roughly two decades Ailes spent building Fox News from nothing into America’s most watched cable news network. 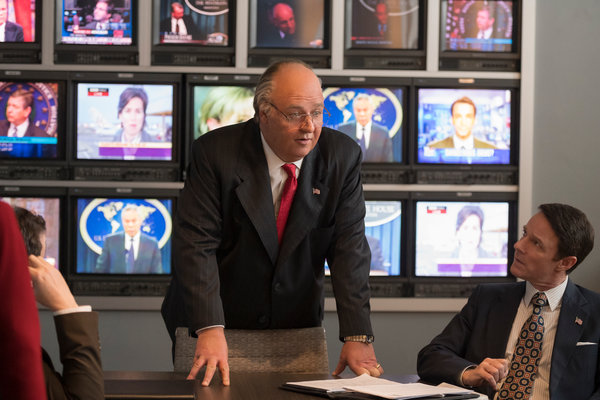 In doing so, Ailes also made himself into one of the most influential people in America, a powerful opinion shaper via popular Fox hosts like Glenn Beck and Sean Hannity (played in the series by Josh McDermitt and Patch Darragh). At the same time, Fox News’s paranoid, partisan broadsides, like claiming President Obama was a racist or suggesting an election might be rigged against Donald Trump, made Ailes widely loathed by the network’s detractors.

Building seven episodes around a protagonist so divisive was tricky. Finding the right tone and presentation took plenty of negotiation, said Alex Metcalf, the showrunner.

“We honestly fought about it,” he said, referring to his discussions with Crowe. “He’s a guy with a strong point of view, but if you have a diverse opinion that makes sense, he hears it.”

In the end, both seemed satisfied with the result. Based on the four episodes made available to journalists, the series allows Ailes some complexity: the working-class upbringing, the hemophilia, the physically abusive father, the loving son and wife (played by Sienna Miller). But it doesn’t avoid the bullying and paranoia, the racism and misogyny.

“Russell did a lot of his own research,” Metcalf said. “It doesn’t mean he was shying away from anything ugly that was in Roger; he needed to fill that character and find the whole man, as it were.”

(Crowe said he had personal relationships with Ailes’s boss, Rupert Murdoch, and Murdoch’s son Lachlan, both fellow Australians, but had met Ailes only once, briefly.)

Adapting Sherman’s biography for the screen seemed less urgent when the book was published, in 2014. Sherman and his wife, the journalist Jennifer Stahl, began developing it into a screenplay but set the project aside because of other commitments.

Then the sexual harassment scandal broke in 2016, raising the dramatic stakes. Not long after, the book and unfinished screenplay were optioned with the idea of turning them into a series.

Ailes was still alive when the writers’ room got to work; his sudden death in 2017 changed the equation.

“His death certainly liberated us in a certain sense in writing the show because we had a very clear ending, for one,” said Sherman, who was a writer on several episodes, including the pilot. “And Ailes is a famously combative and difficult person, so not having him there to fight as we were developing the show certainly was one obstacle removed.”

Sherman had experienced plenty of that combativeness firsthand. When he was reporting for his book, Ailes was at the height of his power. Things got ugly.

“I had no idea going into the book project when I first started it in early 2011 that it would become this surreal odyssey where Ailes had hired private detectives to follow me,” he said. “And he had a secret room of political operatives creating websites to smear my reputation and in sometimes anti-Semitic ways.”

After interviewing more than 600 people connected to Ailes and ultimately receiving a death threat, Sherman’s opinions on the man’s character were unequivocal.

“I think he was a racist,” he said, pointing to what he called Ailes’s “deep suspicion of immigrants” and “deep-seated hatred for President Obama.” As for Ailes’s problems with women, he added: “I knew the floodgates would open at some point, I just didn’t know when.”

Those women could be just as complicated. Gretchen Carlson, the former Fox anchor, filed the lawsuit that initiated Ailes’s downfall, helping set in motion a sequence of events that also brought down the Fox host Bill O’Reilly. But she was also a face of an organization that, for example, devoted plenty of airtime to the racist notion that President Obama was born in Kenya.

Naomi Watts, who plays Carlson, said she was excited to play someone whom she considers a brave but complex heroine.

“As an actor you’re always looking for those kinds of nuances,” Watts said, noting Carlson’s religiosity and dedication to family but also her ambition and willingness to play along. “It’s hard to say what she is.”

The series arrives at a time when Fox News is all over pop culture. “Ink,” a British play about the Murdoch family, is on Broadway. The HBO series “Succession” is widely understood to be based largely on the Murdoch family. A film titled “Fair and Balanced,” starring John Lithgow as Ailes, is expected in December.

“Loudest” is the first major portrayal of Ailes by an actor; Metcalf said Crowe had been his first choice. He was searching, he explained, for someone with “both the charm and the power and, weirdly, the vulnerability to play this powerhouse of a man who influenced so many people.”

“There’s not a lot of people who can do that,” Metcalf added.

Physically, the fit was less obvious. Like Christian Bale as Dick Cheney in “Vice,” Crowe had to pile on the latex to attain Ailes’s older, balder, jowlier look. That meant starting each day of the roughly four-month shoot by spending an average of four hours in a makeup chair.

“I’ve had over time lots of experience in prosthetic — I mean, look at ‘Cinderella Man’: fake ears, fake nose, widow’s peak, all that — but I’ve never done this,” Crowe said. “That was hard to stand on the brink of and look at and realize, this is going to be very difficult.”

Transformation complete, Crowe said he simply tried to play Ailes as truthfully as possible. No one is the villain of his own life story, which for Crowe meant making the deeply polarizing Ailes the hero of his narrative.

“I can’t make the judgment call and play the character at the same time,” Crowe said. “I can have my own opinions, but I can’t portray Roger from an outside perspective. I have to play it from the internal perspective and how he views himself.”

However Ailes viewed himself, Fox’s view of him seemed to change overnight. In a sudden fall as salacious as the flashy, tabloid-style journalism he and Murdoch helped popularize, Ailes was ousted in disgrace from the network he created, the subject of multiple sexual harassment accusations. One woman who worked for him, Laurie Luhn (played in the series by Annabelle Wallis), accused him of blackmailing her into more than 20 years of virtual psychological and sexual enslavement. (Ailes denied all the accusations.)

“It’s not like power corrupted him; he corrupted power,” Watts said. “We can’t just say absolute power is awful to anyone. I mean, look at Lincoln.”

For all the profitable noise Ailes made during his career, he was undone by a chorus of long-silenced voices that ultimately proved too loud for even the head of Fox News to shout down. “The Loudest Voice” worked as a title, Metcalf said, because it described not only Ailes and Fox. It ultimately described Carlson, too.

“While it’s always Roger’s show, because it just is, her voice becomes paramount,” he said. “Gretchen, at the end, has the loudest voice, not Roger.”

Fuel prices near me: UK’s cheapest petrol and diesel and how to check | The Sun
TV & Movies

Kendall Jenner Shades Kanye West By Liking Jaden Smith's Tweets About Why He WALKED OUT Of His Fashion Show! 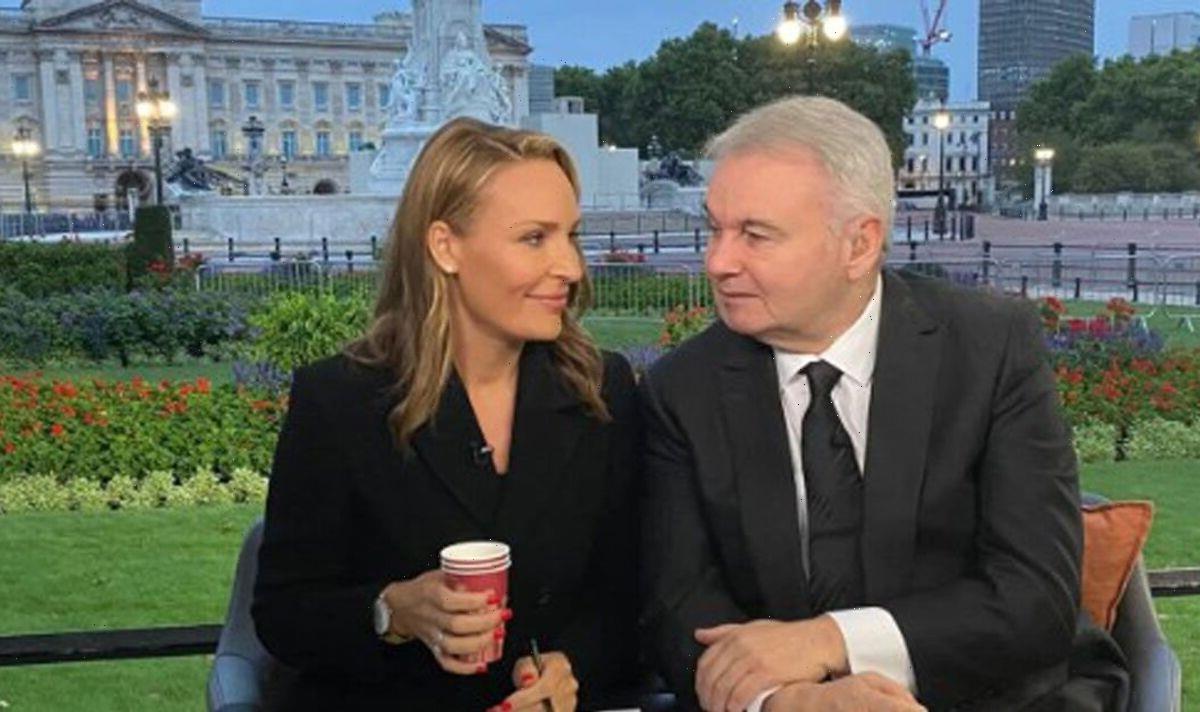