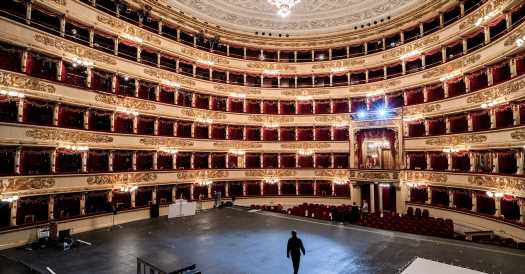 The coronavirus pandemic has challenged day-to-day norms in the opera industry. But while addressing those challenges, some houses have found new ways to tackle another crisis with potentially broader implications: climate change.

One of them is La Scala, in Milan, which will install solar panels on the roof of its new office tower in December 2022 while further digitizing operations to cut back on an estimated 10 tons of paper per year. The house has reduced carbon emissions by over 630 tons since 2010 through a partnership with the energy company Edison, which has been illuminating the theater since 1883 and now provides LED bulbs and smart lighting.

Those initiatives are part of a growing movement across the music industry.

The Sydney Opera in Australia has been a front-runner internationally, having already achieved its aim of becoming carbon-neutral three years ago and having built an artificial reef alongside the house’s sea wall in 2019 (where eight new marine species have since been identified).

The Opéra de Lyon in France has reduced its consumption of electricity by 40 percent since 2010 and has joined forces with Sweden’s Goteborg Opera, the Tunis Opera in Tunisia and four specialized organizations to explore production methods in keeping with the principles of a circular economy.

In Britain, a hub of cultural initiatives to combat the climate crisis, Opera North in Leeds has been working to reduce its carbon footprint since 2018. It now manages waste through a local company that drives lower-emission trucks and it will eliminate the use of natural gas in its new restaurant space, scheduled to open in October. In February, the theater will present its second set created entirely out of recycled or repurposed materials, in a production of Handel’s “Alcina.” 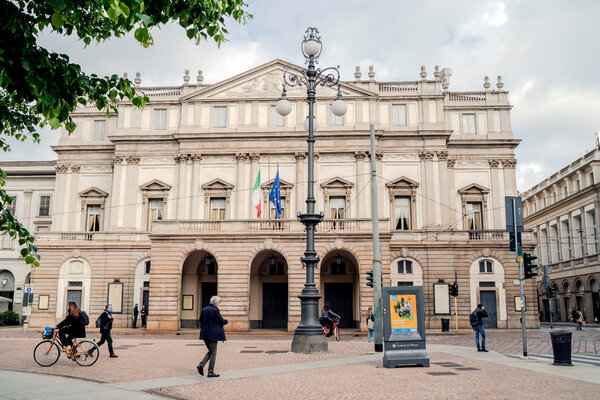 The pandemic has made environmental consciousness a more urgent and passionate issue. Alison Tickell, founder and chief executive of the London-based charity Julie’s Bicycle, which fosters action in the cultural sector against climate change, said that there was now “much less appetite for the lavish, over-the-top experiences” to which opera audiences were accustomed.

“The production values and the idea of spectacle need to change,” she said. “Here’s a wonderful invitation to rethink it.”

Lockdowns during the pandemic have also obliged opera companies to rummage through storage. In March, La Scala streamed a performance of Weill’s “Die sieben Todsünden” (The Seven Deadly Sins) in an ad hoc staging by Irina Brook that included an island of plastic bottles.

Dominique Meyer, who was installed as the house’s artistic director and chief executive in March 2020, said that as a “flagship” in Italian culture, it had a major role to play in mobilizing the younger generation.

“Everyone observes what La Scala does or doesn’t do,” he said. “It is a duty to commit oneself — for all theaters.”

La Scala partners with the mineral water company Ferrarelle, which has its own certified system to recycle plastic, and the coffee company Borbone, which uses recycled filters.

The theater, which has since 2017 hosted the Green Carpet Fashion Awards celebrating sustainable design, is pursuing the same agenda in its costume department by asking designers to work with recyclable fabric. It has also partnered with BMW since 2016 to make operations greener with a fleet of three BMW i3 electric cars.

An ecologically sustainable infrastructure can also be economically advantageous given the opportunity to save energy and resources. Jamie Saye, senior technician at Opera North and co-founder of the Leeds-based consortium SAIL, which unites organizations across the city toward the goal of creating a zero-carbon future for its cultural sector, said that the pandemic-related constraints of the past year had forced the opera company to become “more innovative.”

“We haven’t been able to go to a set constructor because they’re all closed down,” he explained. “We’re like, why weren’t we doing this years ago?”

Opera North will install solar panels this year and is working to reduce carbon emissions by offering employees discounted bus travel and tax breaks if they commute to work by bicycle.

The issue of employing local artists is also a hot topic, given both the effects of Britain’s exit from the European Union and growing climate awareness. Mr. Saye said that while opera companies “exist to bring in the best” talent, a possible strategy could include allotting a “carbon budget” to a specific production so that if an artist must be brought in by plane, emissions would be cut back in another area of operations.

For Ms. Tickell, creating art about the environmental crisis is “as important as taking practical action.”

“It’s how we breathe life into something that can very often be scientific or technocratic,” she said.

Mr. Saye also believes that the cultural sphere has a leading role to play by helping people find an “emotional connection to climate change.” He cited as an example the image of a sea turtle with a plastic straw stuck up its nostril during an episode of the television documentary “Blue Planet II” in 2018, which set off a movement to ban plastic straws.

Opera North has provided “carbon literacy training” to its staff members and, starting Tuesday, it will begin offering the workshops to the general public as online courses. Topics include the Paris Agreement’s goals to reduce greenhouse gas emissions.

Julie’s Bicycle is taking the next step in social activism by exploring the intersection of culture and the climate emergency “through the lens of justice and fairness,” as Ms. Tickell explained, “also just in terms of who gets to enjoy this stuff.”

“The environmental crisis with justice at its core,” she said, “needs to be at the heart of everything we do.”