No matter how much free time you have this weekend, we have TV recommendations for you. Come back every week for new suggestions on what to watch.

This Weekend I Have … an Hour, and I’m Bookish

Even if you’re not a big sci-fi person, this biography of the beloved author Ursula K. Le Guin is beautiful and fascinating. “Every time you think you’ve found your way, the way changes,” she says in the special, referring to one’s development of personal ethics but also to her own path as a writer. The interviews and archival footage here are lovely, but the real draw is hearing Le Guin, who died in 2018, excavate her own work, in her own words.

… Three Hours, and I Need a Laugh 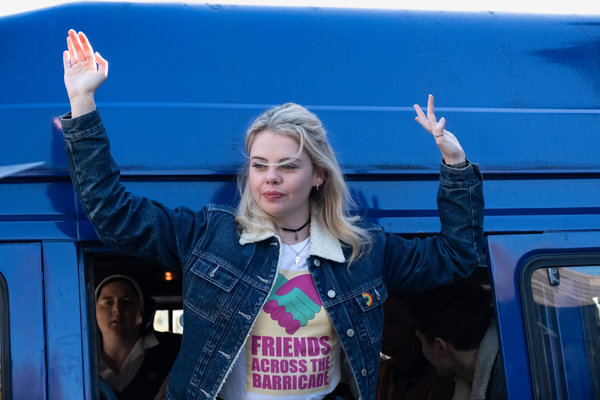 ‘Derry Girls’
When to watch: Season 2 arrives Friday on Netflix.

Season 2 of this coming-of-age comedy drops Friday, and it’s even funnier than the first. (If for some reason you wanted to skip the first season, you could … but don’t! It’s good!) Saoirse-Monica Jackson stars as a high school student in Northern Ireland in the mid-90s, near the end of “the Troubles” — which she experiences less as a significant peacemaking process than as an opportunity to maybe make out with some Protestant boys. “Derry” revels in the humor of specificity, the kind of exacting precision that somehow winds up feeling universal.

‘Success’
When to watch: Now, on HBO Go and HBO Now.

If you like your dramas very bleak and European, try this six-part Croatian series (in Croatian, with subtitles). The show follows four seeming strangers who find themselves connected in unexpected, extremely violent ways, eventually operating as a secret sort of unit. Cover-ups and abuse, stark imagery, bad men assaulting women, strained family dynamics and civic corruption as a metaphor for broader social rot: Fill out your foreign-drama bingo card and enjoy.

Margaret Lyons is a television critic. She previously spent five years as a writer and TV columnist for Vulture.com. She helped launch Time Out Chicago and later wrote for Entertainment Weekly, among other publications. @margeincharge