The House Judiciary Committee voted Thursday on new rules as it pushes ahead with its investigation into President Trump. 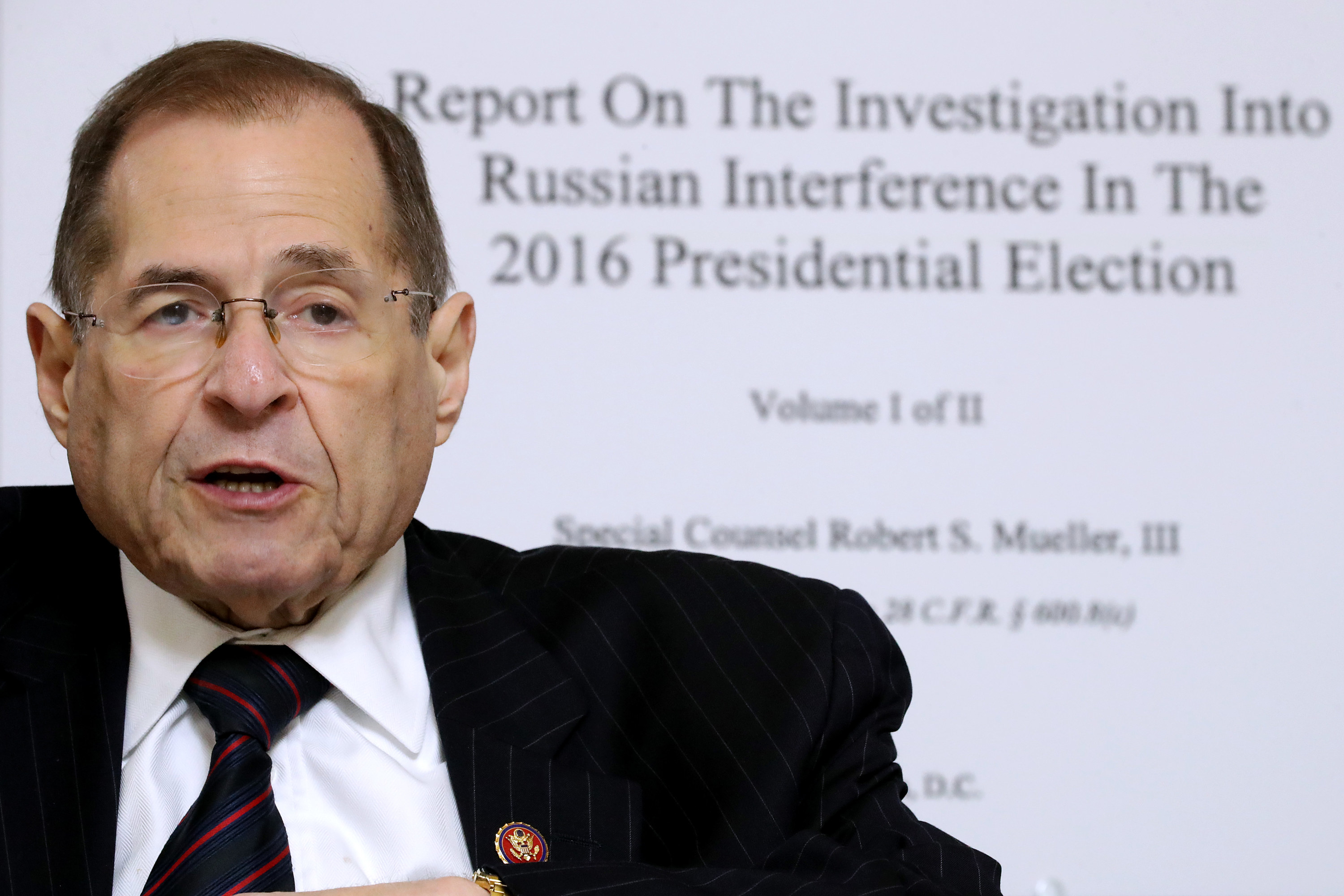 WASHINGTON — A House Democratic committee voted to carve out terms of its investigation of President Donald Trump, inching them closer on the issue of impeachment.

The committee-only voted on party lines Thursday morning, which came out 24 to 17 with all Democrats in favor and all Republicans opposing, will shape the panel’s procedures on further impeachment hearings, as it continues its Trump investigation.

The House Judiciary Committee passed a resolution Thursday maps out responsibilities of committee members in the investigation, including Chair Jerry Nadler. The congressman can now authorize other congressional committees to conduct their own investigations into alleged misconduct by Trump as part of the impeachment investigation. Judiciary Committee members and counsel will get up to an hour to question witnesses rather than the usual five minutes per hearing, some of which may be held behind closed doors. The chair, after consulting the top Republican on the committee, can also invite the president’s counsel to review and respond in writing to the material discussed in closed-door meetings.

“The resolution before us represents the necessary next step in our investigation of corruption, obstruction and abuse of power,” said Nadler, reiterating that the committee is officially conducting an investigation on impeachment, a topic many House members seem to be confused about. “This Committee is engaged in an investigation that will allow us to determine whether to recommend articles of impeachment with respect to President Trump.”

This step marks the most significant move by the House Judiciary since August 1 when the 118th Democratic House member came out publicly to support impeachment, tilting the number of pro-impeachment members in the caucus to the majority.

Republican Rep. Matt Gaetz introduced an amendment that would restrict House counsel from questioning witnesses, but it was struck down by Democratic committee members.

As the committee moves forward, aides told reporters on Monday, the public can anticipate hearings on election security and possible violations of the emoluments clause — a constitutional measure that prohibits sitting presidents from receiving gifts or anything of value from a foreign government.

Trump recently made headlines when during the G-7 summit last month, he suggested next year’s meeting be held at one of his properties. Democrats have also raised concerns about foreign spending at Trump’s hotel in Washington, DC.

While House Speaker Nancy Pelosi and her leadership team have said they support Nadler’s efforts and investigation, they’ve held the line on actually impeaching Trump, arguing that the public doesn’t support it.