This is what a mass shooting does to a family. 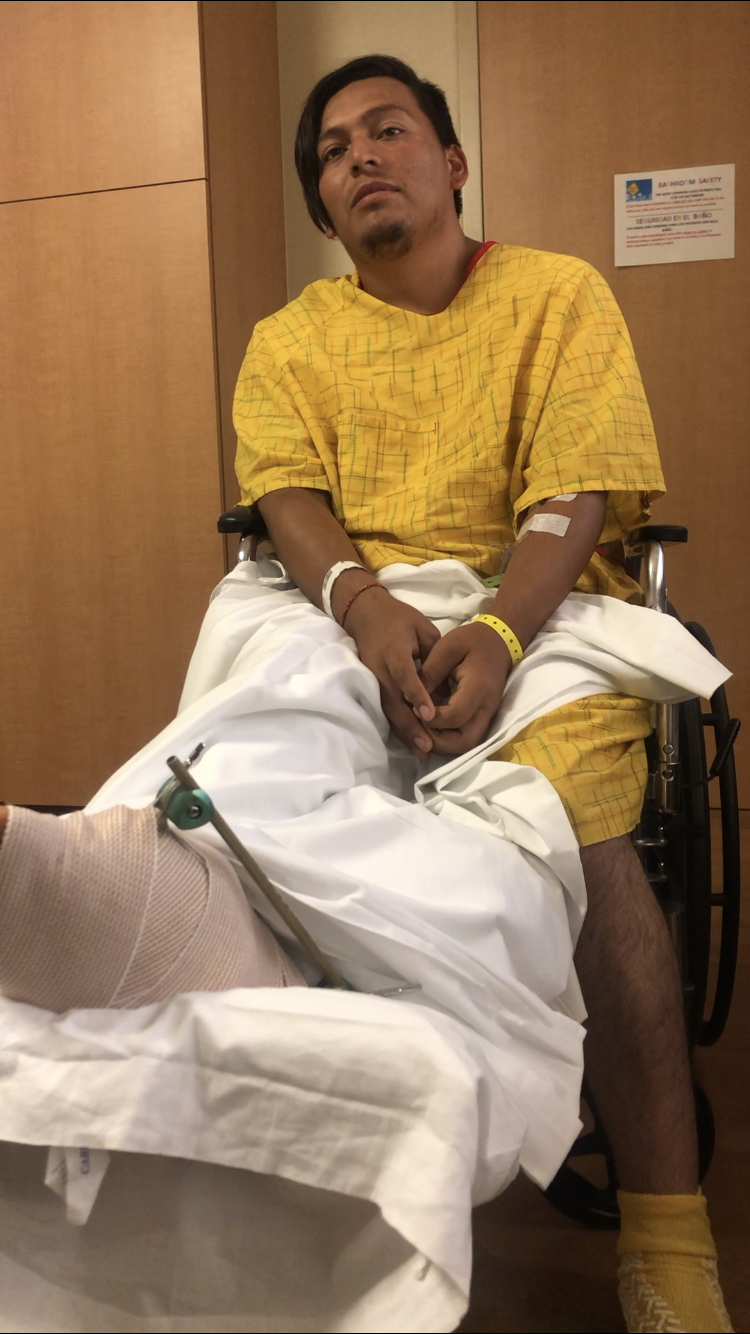 EL PASO — Usually they gather in their aunt and uncle’s sun-baked, dirt yard for cookouts and birthday parties. But on Tuesday night, they were dressed in white, praying for a 15-year-old they’ll never see again.

It was past 8 p.m., but still sweltering, a typical El Paso summer night. About 60 people, nearly half of them family, huddled closer as the winds kicked up, cupping their candles as Rita Lozoya, one of Javier Amir Rodriguez’s many aunts, steadily recited the el rosario santo for her dead nephew.

Lozoya waited more than two hours to cross the bridge from Ciudad Juárez to lead the lengthy Catholic prayer. Afterward, she sobbed looking at Rodriguez’s large, black-framed high school portrait leaning against the house in the dirt.

She still doesn’t know why he had to die, but she and his family knows why he did: because he’s brown.

“[The gunman] was shooting like he was hunting,” Rodriguez’s cousin, Cesar Serrano, told BuzzFeed News. “He was looking for Latinos, for Mexicans. Although there is nothing but Latinos at that Walmart so he could have walked in and emptied his clip, but he was choosing who he was killing.” 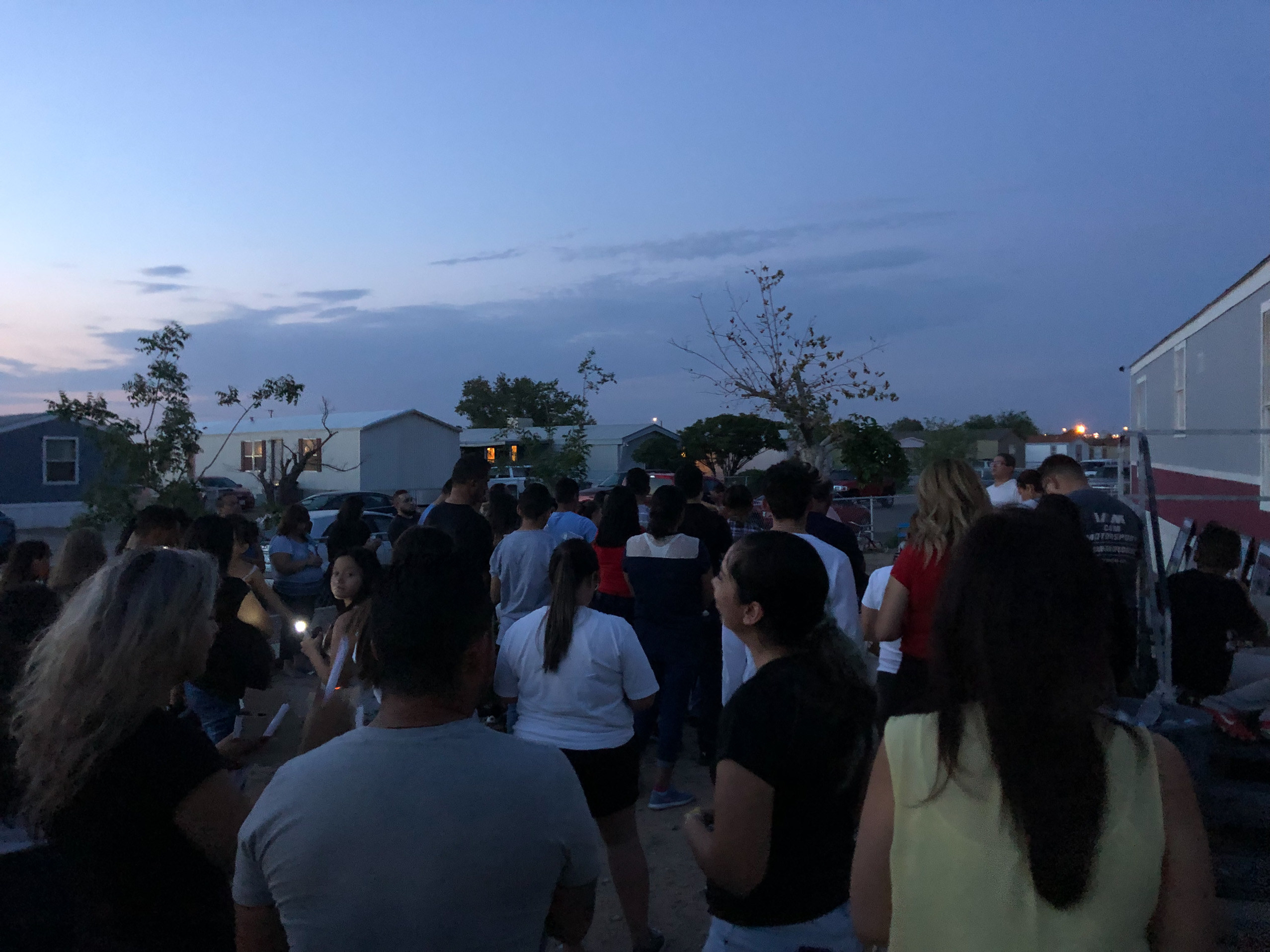 The white supremacist who opened fire in the Walmart wielding an assault-style rifle targeted Latinos and Hispanics. He drove nearly 10 hours to gun down innocent shoppers, killing 22 people, including eight Mexican nationals, and shocking a peaceful, safe, and loving border city known for its acceptance of migrants. Rodriguez’s family is enduring the horrific and specifically American ritual, mourning their dead and trying to process being targeted in a mass shooting for who they are.

This is what a shooting does to a family. As if the grief of a murdered teen isn’t enough, in a hospital room 20 minutes away, Rodriguez’s uncle, Octavio Lizarde, was recovering from yet another surgery to salvage his bullet-shredded foot — he was shot with his nephew in the Walmart.

Doctors wanted to amputate it, but he said no, he’s going to walk again.

“By Christmas,” he predicted, wincing as he adjusted his mustard-yellow hospital gown. “I’m determined to do walk by Christmas for my family, for Amir.”

Last week, Lizarde promised his nephew he’d take him to get a haircut and buy him some new clothes and school supplies before his first day as a high school sophomore.

They were in line at a bank inside the Walmart so Lizarde, who works in construction, could open an account and cash his most recent check. Then they were supposed to go shopping.

He doesn’t really want to talk about watching his nephew die right in front of him. “There was a lot of blood,” he said. He feels partly responsible because he told his nephew, to hurry and ran toward the bank manager’s office in the back to try and hide in silence. But he said the door was shut.

“I was like, oh crap,” he said. Panicking, he said tried to pull the 15-year-old another way, telling him, “vente, come here.”

“I guess the guy heard us,” he said. That’s when the shooter “went over the counter and got him.” Rodriguez’s family says he was shot in the head.

“It’s a horrible image, my family says not to talk about it, but…” Lizarde trails off. “[The shooter] had no heart. I really wish I could turn back time.”

He doesn’t know why the gunman didn’t finish him off, saying at a press conference that “he had the chance to kill me, but he didn’t.”

“I don’t know if it was, if he was influenced by the president or something, racism, and all that,” he said at the press conference. “If he was a racist, too bad for him. That didn’t have to be a reason to kill.”

He says he forgives the gunman and hopes he “gets better mentally” and betters his life. 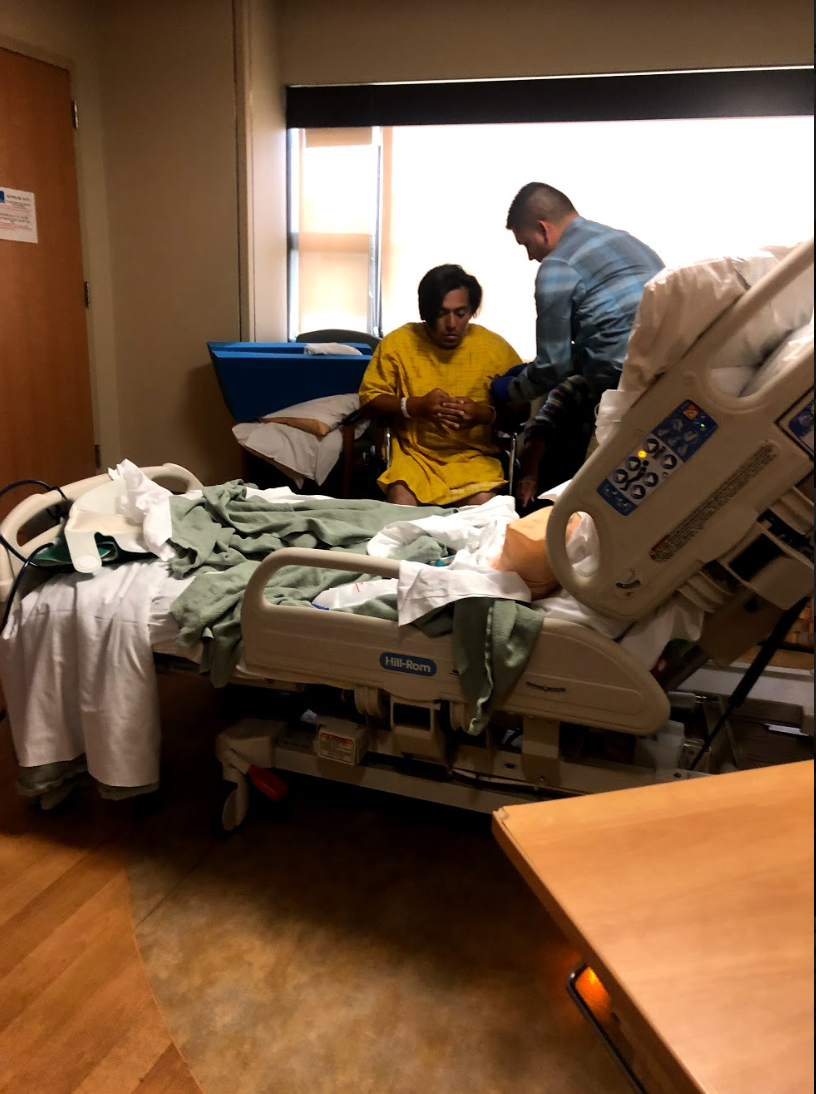 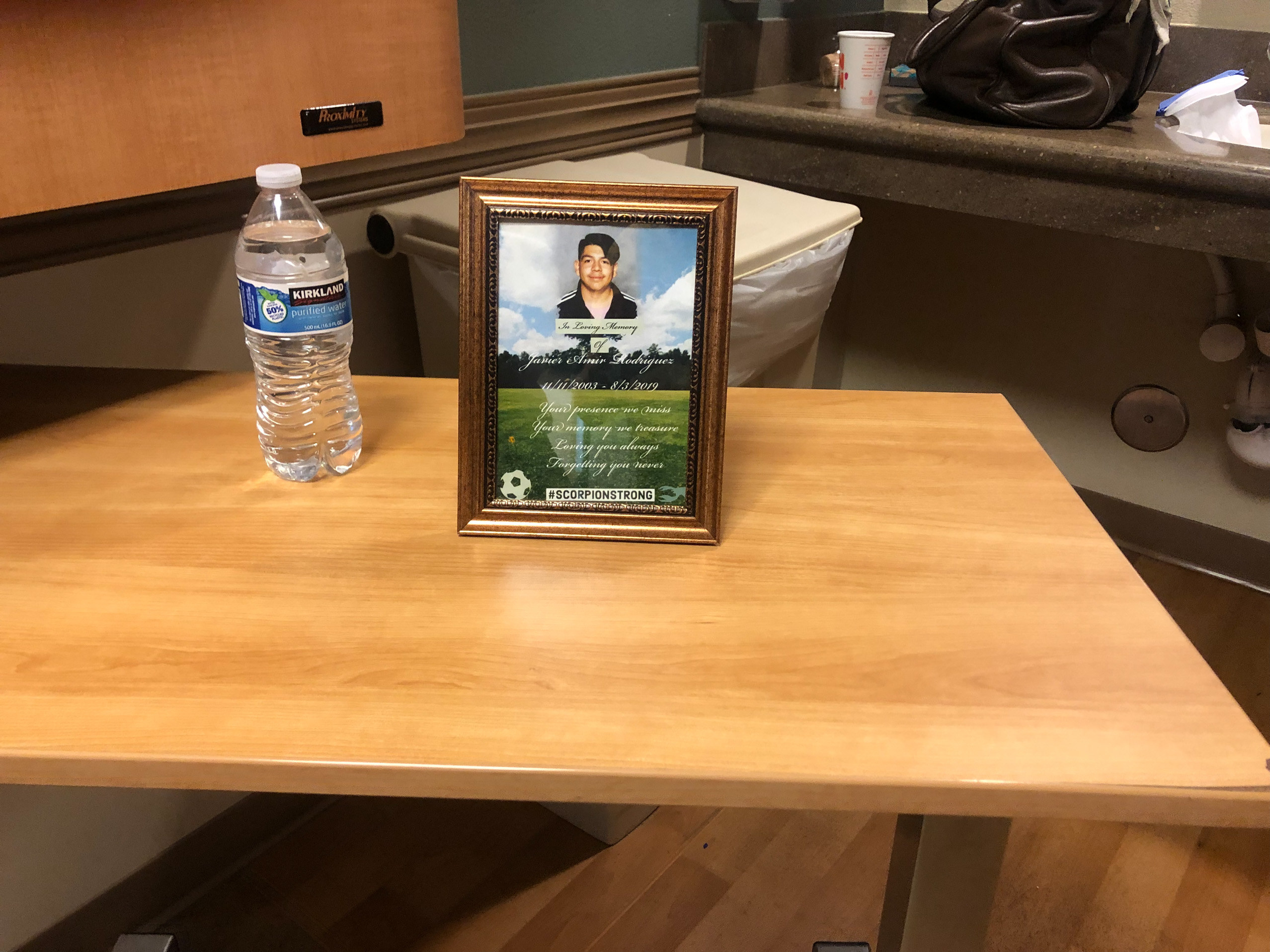 Lizarde in his hospital room

Lizarde is only 23, but he said he has a new life mission: living, “doing everything” for his nephew, the youngest of the 22 victims who died shopping for things like backpacks, new shoes, and bread.

The pair hung out a lot on the weekends. They teased each other “like brothers” and played video games “sometimes all day,” Lizarde chuckled. “Amir” was a good kid with a “big heart,” even though he could be mischievous, “like a Grinch.”

They cracked up over memes on Facebook. Lizarde loved to rile his nephew up by ruffling up his thick black hair.

“He had great hair and knew it. He spent so much time doing it in the bathroom,” his uncle said, prompting a laugh from his fiance, Viridiana Navarro, who has been in his hospital room nearly every hour for the past four days.

His nephew’s memory is what’s going to drive him through an intensive rehabilitation period, where he’ll hopefully relearn how to use his “rubber” foot. On Tuesday, he had orthopedic surgery where doctors removed parts of his pelvis to reconstruct the bones the bullet obliterated.

“Isn’t that crazy?” he shakes head. It’s one of a projected six surgeries, putting a serious kink in his plans to learn how to weld at his fencing job this month.

It’s too soon to think about the bills, but he can’t help it. He has two kids, a one-year-old daughter and a two-year-old son, and he probably won’t be able to hold a steady job for at least a year. Navarro, his fiance, usually watches their little girl and also has a part-time job at Allstate. Now, she’ll somehow have to juggle her partner’s doctors appointments and help him move around and bathe.

Lizarde is relieved though that his boss, “told me my position is still there when I’m back.”

The couple are grateful for their massive family, who has been flowing in and out of his hospital room nonstop, and say the tragedy brought them closer together.

To pass the time, they talk about Rodriguez. Lizarde’s parents, Dora and Octavio Lizarde Sr., keep rewatching a two-minute video of their grandson’s life that their daughter made: a middle-schooler eating ice cream in a Hot Wheels shirt, an eight-year-old spinning on a swing, a tall teenager smiling with his cousins.

Brianna Sacks is a reporter for BuzzFeed News and is based in Los Angeles.