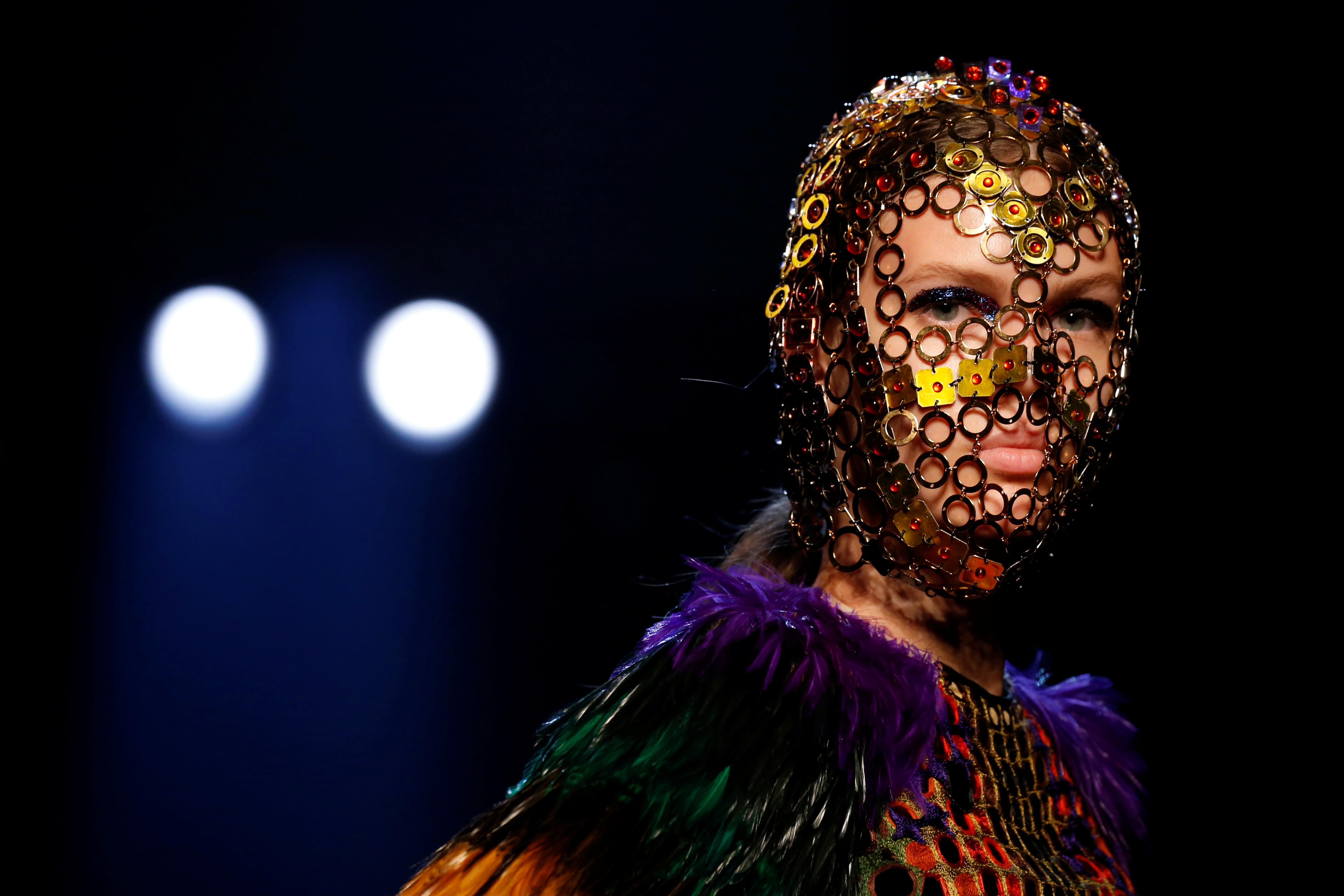 Gaultier – who joined the fur-free trend late last year at a time when brands like Burberry or Gucci are also dropping pelts – evoked an array of wildlife with animal prints including a panther coat and geometric, zebra-striped dresses.

In a warm, party atmosphere, the audience – which included U.S. pop singer Christina Aguilera – cheered on French model Cindy Bruna, dressed in a pleated aniseed-coloured chiffon dress and Coco Rocha in her monochrome dress and vest, a mix of wool and a python pattern.

Presented in Gaultier’s Paris headquarters, the collection included dresses with endless dots of color, creating the optical illusion of movement.

Gaultier, whose brand is owned by Spanish perfumer Puig, chose to stop his pret-a-porter line, usually a more profitable segment of the fashion market, to focus only on Haute Couture Week as well as his perfume ranges.