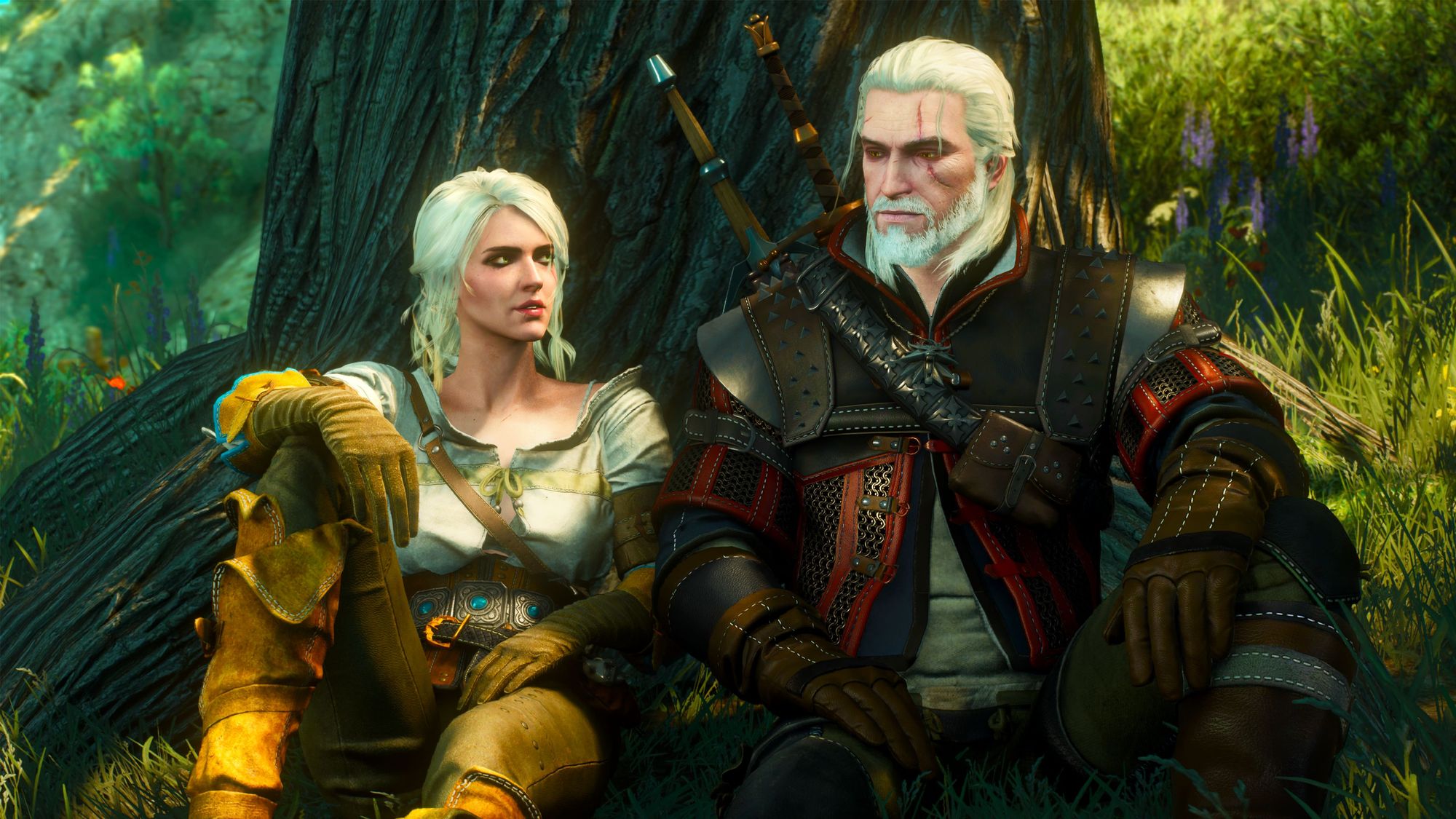 The Monday letters page warns about the dangers of trying to predict Nintendo, as one reader considers the history of text adventures.

To join in with the discussions yourself email [email protected]

The great leveller
Like many, I was looking forward to replying The Witcher 3 again after the recent next gen patch but I have to admit it’s all been a bit of a disappointment. The graphics look better than ever and yet I find the game itself is, at least so far, far less enjoyable than I remember. It’s not really any fault of CD Projekt, but the game has aged worse than I expected.

The combat is bad, we all knew that, but I was prepared for that. Or so I thought, as it still manages to be worse than I imagined. But the real problem is how the game seems surprisingly generic and I’m not sure if this is just because so many other games have copied it or because I’m now looking at it a bit more objectively.

A bit of both, I imagine, but the first six hours or so has been a bit of a slog to be honest, since all I’ve had is predictable tutorial stuff and not much in terms of story. There hasn’t been much in the way of the grey moral choices, although the best bit definitely is that nobody seems wholly good or bad. Although there’s also a grimdark angle to it I never really registered at the time, I guess because I was younger back then (the original version is now eight years old, I am appalled to find out).

I honestly don’t know if I’m going to carry on but it’s an eye-opener to me that no matter how good a game is, time will still age it not matter how good the graphics. Perhaps classic status will always be fleeting when it comes to video games…
Niles

VR filler
That’s a decent line-up for the PlayStation VR2, in terms of games, but I’m sure everyone’s noticed they’re mostly ports of existing VR games and there’s very few that seems to have been made with the PlayStation VR2 specifically in mind. Sony has Horizon VR: Call Of The Mountain but why did they have nothing else ready for launch?

Or rather, why have the launch now if nothing else was ready? Surely this, more than any other hardware, is exactly the sort of thing you would wait until you had the games before releasing? The very last thing you want people to do at this point is buy one, get bored in a week, and just sell it on.

Although I will say that Moss: Book 2 is excellent on Meta Quest 2, so I would definitely recommend that and Rez Infinite to anyone looking for some VR filler.
Futterman

Careful wording
Kudos to the reader who wrote about Halo at the weekend. I’m sure others will say it’s all obvious but, as he says, it took Microsoft far too long to make a decision that’s seemed obvious and necessary to others for a long time.

I noticed at the weekend that 343 Industries actually issued a tweet about the rumours but, as you can see, it doesn’t actually deny them at all. It’s worded in just such a way that the rumours about them only overseeing development could still be true.

I hope the rumours are true though because I have zero faith in 343 anymore. If management is to blame then that’s one thing but these many mistakes over such a long period of time seems impossible unless there’s something deeply wrong with the whole studio.
Doshin

Sorry, I just don’t get the point in paying a handful of people billions of pounds and then sacking the people that do all the hard work. It’s such a kick in the teeth, why not offer the fat cats less and keep the hard workers that do the work on? I don’t know if Sony has done the same even after they bought Bungie, but all I’ve seen is Microsoft/Xbox so far, let’s hope there aren’t more P45s handed out.
Dave

GC: They are not sacking 10,000 from their games division, but from Microsoft as a whole. The game staff affected seem to be around 100 to 200 in total.

Citizen advice
I’m hoping I can pick the brains of one of your good readers out there.

I ordered an amiibo set from them on the 12th of September, costing me nearly £40. Thanks to the DPD driver who never left a card to say where my parcel was, it got sent back to Nintendo.

I have proof they received it back on the November 8th from DPD. I’ve had numerous conversations on their live chat site about getting my money back but all I keep getting is ‘You can’t speak to our manager’ and ‘We will reimburse you when we get the item back’ or ‘Is there anything else we can help you with?’.

I’m not sure where to go to get my money back off them?

Any advice would be greatly appreciated.
freeway 77

Ancient history
Very interesting review about the Colossal Cave remake, which is a thing I had no idea existed. And I mean that in terms of both the original and new version. I’ve never heard of it and yet I did play a few text adventures when I was a kid and enjoyed. I don’t remember Adventure or any other variant even being mentioned and looking at the dates it seems like it wouldn’t been outdated before I even came across the likes of The Lurking Horror and Bureaucracy.

The interesting thing about the genre, which I think you didn’t mention, is that it shows how good writing was a part of the video games industry from the very earliest days, and it’s only after the console era took over that everything became dumbed down and nonsensical – and then we’ve been slowly building up again from that since.

I’m not sure what the storytelling was actually like though. I remember the games being clever in terms of puzzles and well written but I don’t remember much in terms of characters and plot. Perhaps someone that knows more about the genre can correct me but it seems that only came later. Still, it’s an interesting part of the evolution of games that rarely gets talked about nowadays.
Lossy

Big business
Completely agree with the Reader’s Feature at the weekend about the current state of AAA games. The overall quality of games has probably never been better but the complete cynicism of big publishers, and the way they go about making new games, has never been worse.

Ubisoft are the worst but there are plenty of others that are almost as bad. Unfortunately, I have to say that also includes Microsoft, who continue to do absolutely nothing worthwhile but spend money and make people redundant for no good reason.
Focus

Nintendo logic
I feel people are forgetting the first rule of being a video games fan: never try and predict Nintendo. I know it seems obvious to us that 2024 must be the time to release a new console but I think we need more than normal logic to decide such a thing. If component suppliers start saying that they’re providing stuff then fine but that still doesn’t meant they know anything about a release date.

And if the Switch is still selling, and Nintendo is having to up production, that does not sound like a prelude to a new console. The next few games they announce will be a good indication of what’s going on but I still don’t think that’s enough to assume we can know what they’re planning.

Nintendo like to wring every penny out of something that’s successful and they have to because, as others have pointed, the success of their consoles is not consistent. The Switch is massive but that doesn’t mean the Switch 2 is, so why jump to that sooner than they have to?

If I had to bet I’d say they were aiming for Christmas 2024 but I wouldn’t be at all surprised if it was earlier or later.
Rhino

Inbox also-rans
The biggest question about Naughty Dog’s The Last Of Us multiplayer game is not how big the project is but whether it would be available across all platforms, including PC? I wait with baited breath.
Henry

GC: It seems extremely unlikely for anything other than PC.

Loved the Nintendo room and the Big Cave videos, but they got nothing on me. I took my old Sinclair Spectrum I always used, wrote programs for Sinclair User magazine and put it in a frame. Beat that.
Cassius2K

This week’s Hot Topic
The subject for this weekend’s Inbox was suggested by reader Paulie, who asks what is more important to you: graphics or gameplay?

Even if you consider both to be important do you have minimum requirements for either? Does it really not matter to you how bad the graphics are if you enjoy the rest of the game and how bad does the gameplay have to get before it becomes a problem, if you are appreciating other elements such as the visuals and story?

What are your best examples of games that excel in one area but not others and was it something you could still appreciate, or does everything have to have a good balance of features?

The small print
New Inbox updates appear every weekday morning, with special Hot Topic Inboxes at the weekend. Readers’ letters are used on merit and may be edited for length and content.

You can also submit your own 500 to 600-word Reader’s Feature at any time via email or our Submit Stuff page, which if used will be shown in the next available weekend slot.