The Whedon Studies Association, a society of academics devoted to studying the works of Joss Whedon, is debating whether to change its name. Fans who grew up with his signature show, “Buffy the Vampire Slayer,” and were planning to introduce it to their children are grappling with what to do.

Some said they are regretting tattoos inspired by “Buffy” and other shows Mr. Whedon created.

For years, fans of “Buffy the Vampire Slayer,” which aired on the WB and UPN from 1997 to 2003, have had to reconcile their adoration for a show about a teenage girl who slays monsters with the criticism that often swirled around her creator.

Mr. Whedon’s early reputation as a feminist storyteller was tarnished after his ex-wife, the producer Kai Cole, accused him of cheating on her and lying about it. The actress Charisma Carpenter, a star of the “Buffy” spinoff “Angel,” hinted at a fan convention in 2009 that Mr. Whedon was not happy when she became pregnant.

In July, Ray Fisher, an actor who starred in Mr. Whedon’s 2017 film “Justice League,” accused him of “gross” and “abusive” treatment of the cast and crew. Mr. Whedon has disputed some of Mr. Fisher’s accusations, and said his ex-wife’s 2017 account included “inaccuracies” and “misrepresentations.”

On Wednesday, Ms. Carpenter released a statement in support of Mr. Fisher, in which she said Mr. Whedon harassed her while she was pregnant and fired her after she gave birth in 2003.

“Joss Whedon abused his power on numerous occasions while working together on the sets of Buffy the Vampire Slayer and Angel,” she said in the post, hashtagged #istandwithRayFisher. The post set off a new accounting for longtime fans of Mr. Whedon’s work, and some of the people who helped him create it.

Over the past week, many of the actors who starred on “Buffy,” including Sarah Michelle Gellar, who played Buffy Summers, have expressed solidarity with Ms. Carpenter and distanced themselves from Mr. Whedon. The actress Michelle Trachtenberg, who played Buffy’s younger sister, Dawn, alleged on Instagram on Thursday that Mr. Whedon was not allowed to be alone with her.

“I would like to validate what the women of ‘Buffy’ are saying and support them in telling their story,” Marti Noxon, one of the show’s producers and longtime writers, said on Twitter. Jose Molina, a writer who worked on Mr. Whedon’s show “Firefly” called him “casually cruel.” 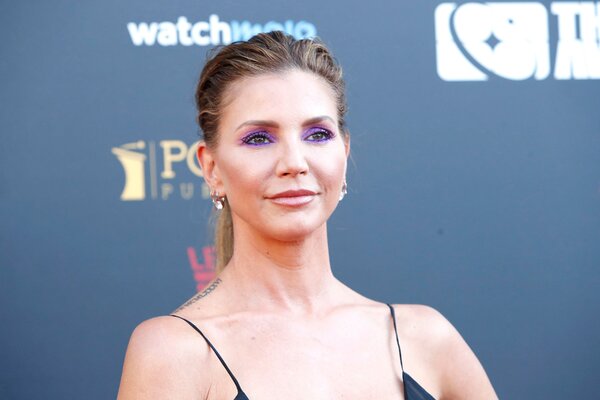 Through “Buffy,” Mr. Whedon sparked a universe that inspired scholarly articles and books, countless online groups that still dissect plotlines and characters more than 17 years after the final episode aired, and legions of fans who connected deeply with a teenage girl forced to fight unimaginable horrors.

“Many people came out and said that ‘Buffy’ saved their lives,” said Alyson Buckman, a professor at California State University, Sacramento, and member of the Whedon Studies Association, who surveyed fans of the show for an upcoming book. “It was incredibly meaningful for them. It taught them to stand up for themselves. It taught them that they could go on.”

She added: “Is that all ruined by one man?”

Welcome to the Hellmouth

In March 1997, “Buffy the Vampire Slayer” premiered on the WB, then a fledgling cable network, and was quickly praised as a smart and campy series about a teenage girl and her friends fighting the forces of evil.

The show was full of clever metaphors — Buffy lived in a California town that sits on a hellmouth, a place where vampires and monsters converge and a sly comparison to the pains of adolescence. Writers like Ms. Noxon and Jane Espenson developed rich plotlines and provided the actors with snappy dialogue that fascinated linguists. The characters struggled with evil boyfriends, their own sexuality and the death of a parent in ways that fans found cathartic.

“The show was really a lifeline for me at the time because I didn’t have community,” said Jen Malkowski, a film and media studies professor at Smith College, who identifies as queer and trans nonbinary and began watching the show in high school.

“I was working with my sexuality, coming to terms with coming out,” said Professor Malkowski, who uses they and them pronouns. “Buffy was a huge source of comfort for me.”

Mr. Whedon’s fame grew, and he went on to direct and write myriad other films and television series, including the wildly popular “Avengers” and one of its sequels, “Avengers: Age of Ultron.” In 2013, the human rights group Equality Now honored him as a champion of storytelling who fought for gender equality.

“Hearing just how profoundly the voices of women in the cast were ignored cuts deep,” she said.

‘The story is not just Joss Whedon’s’

In pop culture and beyond, there’s a long history of fans working through how to separate their art from its creator or stars. And for years, many fans have had to compartmentalize their love for “Buffy” as more accusations swirled against Mr. Whedon and multiple viewings of the show revealed aspects of it that had not aged well.

Nat Brehmer, a freelance writer in Apopka, Fla., described on Twitter how he thought of Mr. Whedon as “some kind of god” when he first watched the show in high school. Episodes like one about a student who feels so unseen by her classmates that she literally becomes invisible helped him cope with the anxieties he felt as a teenager.

Over the years, Mr. Brehmer said he has had to contend with some troubling remnants of the show’s legacy, like its treatment of minority characters and its depiction of sexual assault.

The latest controversy surrounding Mr. Whedon is a reminder of the danger of idolization, Mr. Brehmer said. But he said that if he has children, he will watch “Buffy” with them.

“Buffy is still my favorite show of all time,” he said. “Probably, by and large, one of my favorite stories ever told.”

“Buffy” fans know that the “story is not just Joss Whedon’s,” said Kristin Russo, a co-host on the podcast, “Buffering the Vampire Slayer.” She compared the loyalty of fans to the show to that of fans of Harry Potter, who have distanced themselves from J.K. Rowling and transphobic comments she has made, while still embracing the books.

“It’s the fandom claiming it back,” Ms. Russo said. “I don’t think that anyone would think that Buffy Summers belongs to any one person.”

Professor Malkowski said boycotting “Buffy” and other shows Mr. Whedon created would also obscure the legacy of the other writers, producers and actors who worked on those series.

“I want to hold on to Marti Noxon and Jane Espenson and Charisma Carpenter,” they said. “To me, it’s more important to keep what’s of value than to cancel what has been revealed to be troubling.”

“I will never let go of my Buffy DVDs.”