Eric Clapton, who has been extremely outspoken against pandemic restrictions, has seemingly broken his promise to never perform at any venue requiring attendees to show proof of vaccination.

The “Wonderful Tonight” musician was seen in social media posts playing a concert Saturday at the Smoothie King Center in New Orleans.

Ticketmaster, StubHub and the venue’s official site also boasted the listings for the British rocker’s Sept. 18 concert as of Tuesday afternoon.

HuffPost has reached out to the Louisiana venue and Clapton for comment, but has not received a response.

The Smoothie King Center’s website clearly states on its COVID-19 information page that it adheres to local guidelines that require all ticket-holders12 and older to show proof of having received at least one dose of a vaccine or evidence of a recent negative COVID-19 test. It also states that all concertgoers are required to wear face masks, but, according to a review of the 14-song show posted Sunday by the Times-Picayune newspaper, the venue was pretty lax with enforcing these guidelines. The Times-Picayune staff writer who attended the show reported that “a security guard glanced at a photo of my vaccine card without checking the name against my ID” and that those in the crowd could remove their masks to eat or drink, noting:

​​“A drink, then, doubled as a get-out-of-masking-free card.” 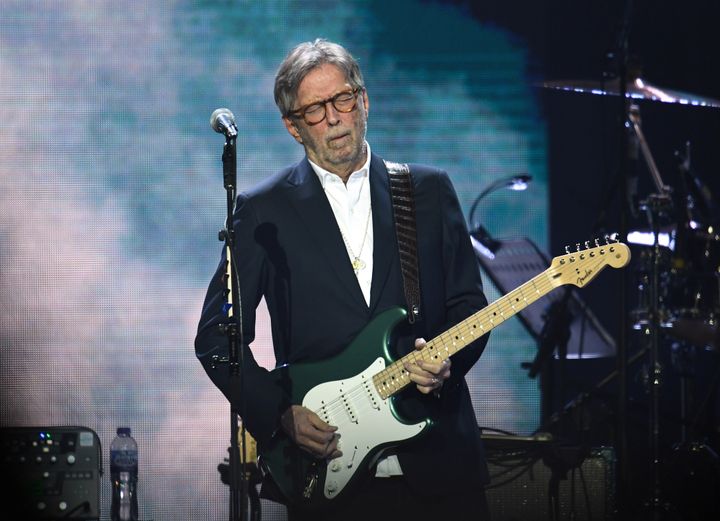 The English rocker vowed in July that he would not perform anywhere that required proof of vaccination.

The move was made after British Prime Minister Boris Johnson announced that vaccination requirements would be enforced at crowded venues.

“I wish to say that I will not perform on any stage where there is a discriminated audience present,” the legendary guitarist wrote on the Telegram messaging app in July. “Unless there is provision made for all people to attend, I reserve the right to cancel the show.”

The “Cocaine” crooner, who released an anti-vaccine anthem in August, did receive the AstraZeneca doses, however. But he said he suffered “disastrous” side effects that lasted weeks.

The “Layla” singer, 76, has admitted that his views regarding COVID-19 have alienated him from many of his famous friends. 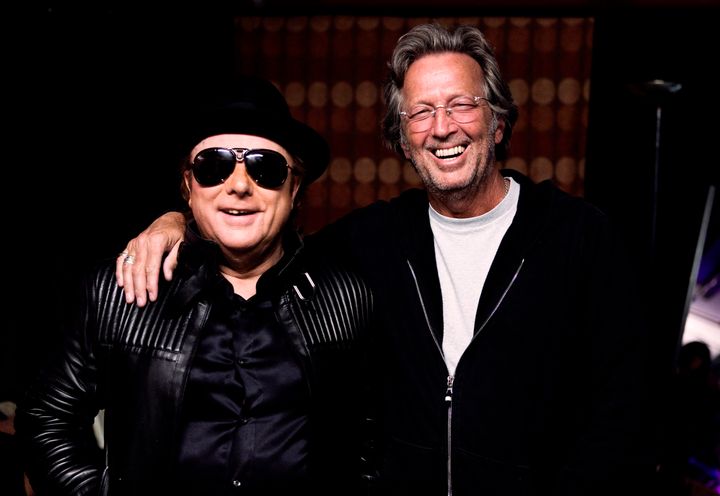 “I’ve tried to reach out to fellow musicians,” he explained during an interview with YouTube free-speech channel Oracle Films in June. “I just don’t hear from them anymore. My phone doesn’t ring very often. I don’t get that many texts and emails anymore. It’s quite noticeable … I was ostracized. And I could feel that everywhere.”

But we suppose Van Morrison, who sued over COVID-19 restrictions in Northern Ireland, still sends a text from time to time.