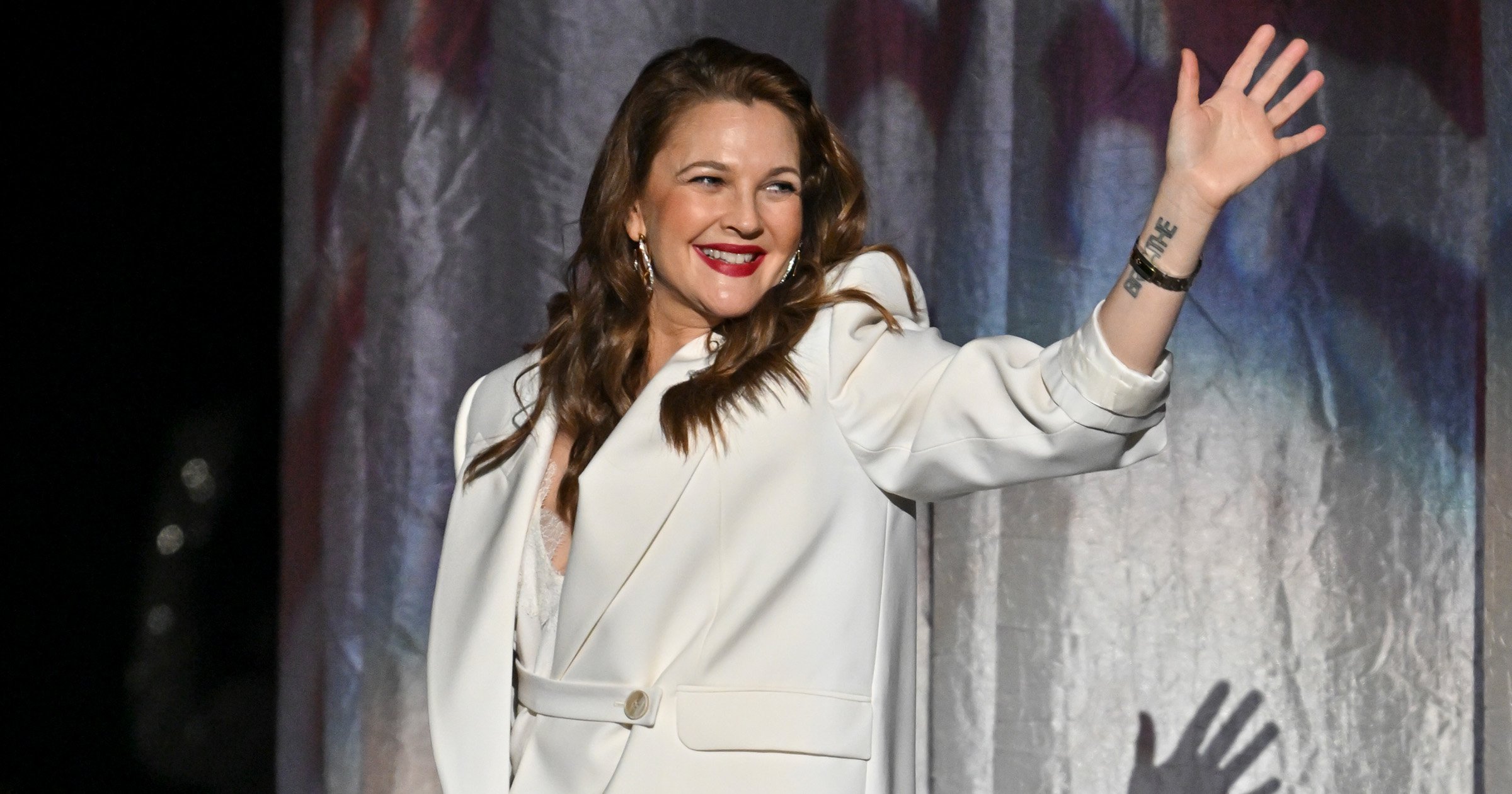 You may think the children of the A-Listers will be spoiled rotten this Christmas, but one celebrity who doesn’t buy her kids any presents is Drew Barrymore.

The 47-year-old actress – who is mum to daughters Olive, 10, and Frankie, eight – who she shares with ex-husband Will Kopelman, has revealed that she much prefers spending time with her children than showering them with gifts.

Charlie’s Angels star Drew said: ‘I am one of those mothers that sounds like a mean Scrooge because I don’t buy them presents.

‘I always take them somewhere because I want to show them a life experience. Memory building for me is so important. So I’ve never really done presents under the tree.’

She continued to tell Travel + Leisure that instead, she will be whisking them off for a beach holiday this festive season.

‘We’re gonna go chase the sun!’ she said. ‘We work in a windowless studio nine months of the year [so] I just thought, “Oh, what’s something like, with a horizon?” We’re going to go to a beach and just literally be like porpoises and dolphins and do some snorkelling.

‘I usually try to do something really cultural, but I think the girls and I are so tired from hard work and working in school, we need to go faceplant.’

Earlier this month, Drew confirmed she was dating once again following her 2016 divorce from actor Will.

Speaking to Whoopi Goldberg on an episode of The Drew Barrymore Show, the host asked her guest: ‘The last time you were here, we both were single. You weren’t dating. Are you dating now? I am.’

The 50 First Dates star added: ‘Because it had been so many years, I started to get a little worried, like I’m too good at being alone.’

Whoopi insisted she would never get back on the dating scene ‘for good’, but advised Drew: ‘Maybe a hit-and-run is a better way to go, for now, until you say to yourself, “Now I really want someone to just be part of this.”

‘Right now, that may not be what you’re looking for, which is probably why you’re doing fine.’

Drew reflected on a decade of motherhood back in September as she celebrated her eldest daughter Olive turning 10.

Posting a gorgeous image of her cooing over her when she was a baby, Drew wrote to her 16.5million Instagram followers: ‘Happy 10th birthday Olive… my how you have grown. Today you are double digits. Today we get your ears pierced. Today is the start of many things.

‘I didn’t know a love like I have for you and your sister Frankie. The greatest one I will ever know. It takes the top spot in my heart. You are my priorities. And I am so proud to be your mom.

‘Best thing i have ever done with my life or will ever do with my life! Happy tenth birthday. Is it ok if I always see you as my baby?! My teeny tiny little marvel????’