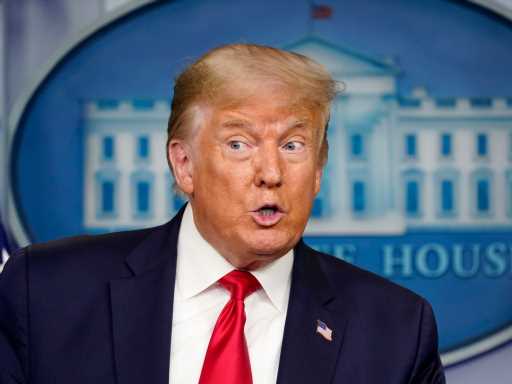 Former president Donald Trump has enjoyed the state of Florida as his home base since leaving the White House in January 2021, and much of his family has moved with him — kids Donald Jr. and Ivanka Trump have both invested in real estate in the area, and Tiffany Trump and Marla Maples have been seen scoping out the area too. Now, however, a change of plans may be afoot: according to a new Business Insider report, Trump is planning to relocate to New Jersey this summer, and not just because he’s eager to avoid the high temperatures of a Florida summer. Trump insiders who spoke with the outlet claim that this move indicates the former president is looking to step up his fundraising efforts, and there are a number of reasons New Jersey is a better place to operate from than the Sunshine State. 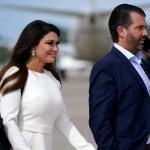 
Donald Trump Jr.'s New Neighbors in Florida Have Been Voicing Concerns About Him Moving There For Months

While Trump has enjoyed plenty of political and personal support by setting up shop at Mar-a-Lago in Palm Beach, his former base of New York City allowed him closer access to top donors and financial strategists. Unnamed Trump advisors who spoke to Insider say he’s hoping to replicate that access by moving to his golf club in Bedminster, NJ, where a meeting with those top names won’t require a plane ride.

Most assume that a new wave of fundraising is in connection with his recently stated interest in a 2024 presidential run. But it’s worth noting that Trump has spent the summer months in Bedminster for the past four years, during which he was acting as POTUS — it could also be that he’s just a creature of habit, and no less inclined to break his streak of temperate summers now. When temperatures drop, it’s likely we’ll see Trump return to Mar-a-Lago once again, whether or not he’s accomplished his fundraising goals by coming within flirting distance of the city where he used to live. Seasons change; Trump gets on a plane. New Jersey may just want to prepare itself in case this move plays out.

A representative for Donald Trump did not respond to SheKnows’ request for comment.

Before you go, click here to see presidential families over the years.