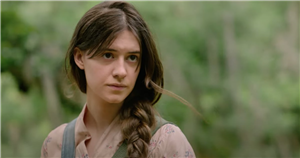 One of the most popular murder mysteries of the past three years is coming to the big screen this summer. Reese Witherspoon — goddess and champion of bringing women-created books, film, and TV to the masses — and her production company, Hello Sunshine, are releasing a film adaptation of “Where the Crawdads Sing.” The movie is based on the September 2018 Reese’s Book Club pick of the same name by Delia Owens, which became a New York Times bestseller and a BookTok favorite. The movie stars actress Daisy Edgar-Jones as Kya Clark, an outsider in her own town who’s suspected of murder.
Based on Witherspoon’s previous book-to-screen adaptations like “Big Little Lies,” “Wild,” and “Little Fires Everywhere,” there’s a good chance this will be an interesting adaptation. Read on to discover everything we know about the upcoming movie.