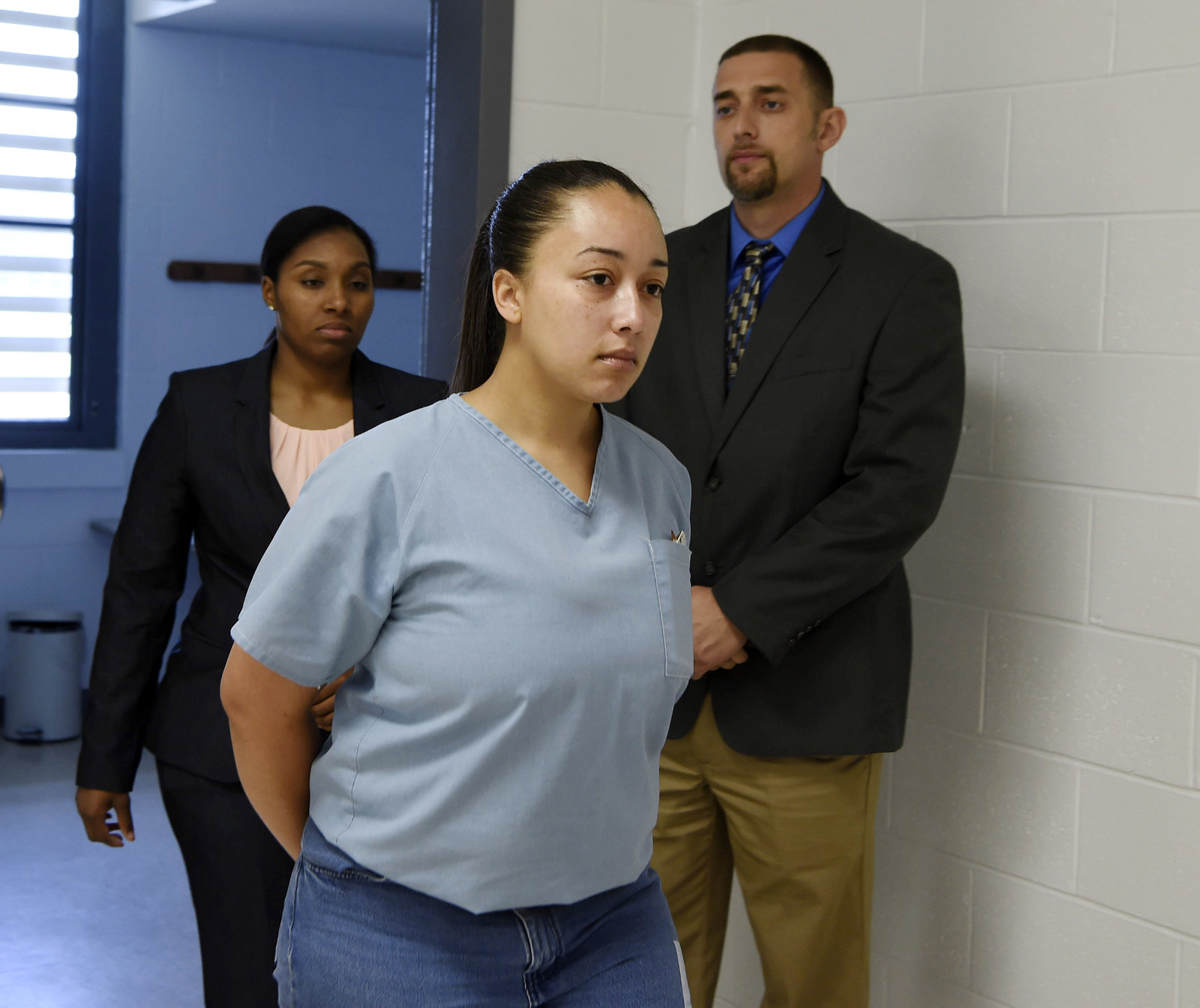 Cyntoia Brown was released from prison to parole supervision Wednesday after spending more than 15 years behind bars for killing the man she said solicited her for sex when she was a teenage sex trafficking victim.

“Cyntoia Brown committed, by her own admission, a horrific crime at the age of 16. Yet, imposing a life sentence on a juvenile that would require her to serve at least 51 years before even being eligible for parole consideration is too harsh, especially in light of the extraordinary steps Ms. Brown has taken to rebuild her life,” Haslam said in a statement in January.

While in prison, Brown earned her GED and completed an associate degree in 2015 with a 4.0 GPA, the governor said. She is also expected to complete a bachelor’s degree by the end of the year.

Brown was sentenced to life in prison for first-degree murder in Tennessee in 2004 after she fatally shot 43-year-old Johnny Mitchell Allen.

Allen allegedly brought Brown to his home and paid her to have sex with him. Brown was under Tennessee’s age of consent at the time, which was 18 years old.

Brown said she shot him because she feared for her life.

Brown’s story went viral on social media in 2017, with thousands posting about her story.

“Did we somehow change the definition of #JUSTICE along the way??” Rihanna wrote on Instagram in 2017. “Something is horribly wrong when the system enables these rapists and the victim is thrown away for life! To each of you responsible for this child’s sentence I hope to God you don’t have children, because this could be your daughter being punished for punishing already!”

After Haslam granted clemency to Brown, West tweeted to thank him.