She’s still a rockstar! Pink took the stage at the Microsoft Theater in Los Angeles on Sunday, May 23, to perform a medley of her greatest hits at the 2021 Billboard Music Awards.

See What the Stars Wore to the Billboard Music Awards

The singer, 41, started off her performance with the song “Cover Me in Sunshine.” Her 9-year-old daughter, Willow, joined her for the tune, which they wrote together earlier this year. The mother-daughter duo performed an acrobatics routine as they sang their song, dancing together in front of a full moon backdrop.

After their duet ended, the pair high-fived and Willow jumped for joy to celebrate her success.

After Willow exited the stage, Pink moved on to her ballad “All I Know So Far.” She then turned up the energy for “So What,” “Who Knew” and “Just Like a Pill,” dancing around the stage in a black tulle skirt, leather jacket and rocking her blonde mohawk. She ended her performance alone on stage, singing “Just Give Me a Reason.”

It was announced earlier in May that Pink would receive the Billboard Icon Award at the show. Introduced in 2011, the trophy has previously gone to stars such as Garth Brooks, Cher, Mariah Carey and Jennifer Lopez.

Pink, who is the youngest recipient of the honor, told Billboard Magazine how excited she was to accept the award on May 4. 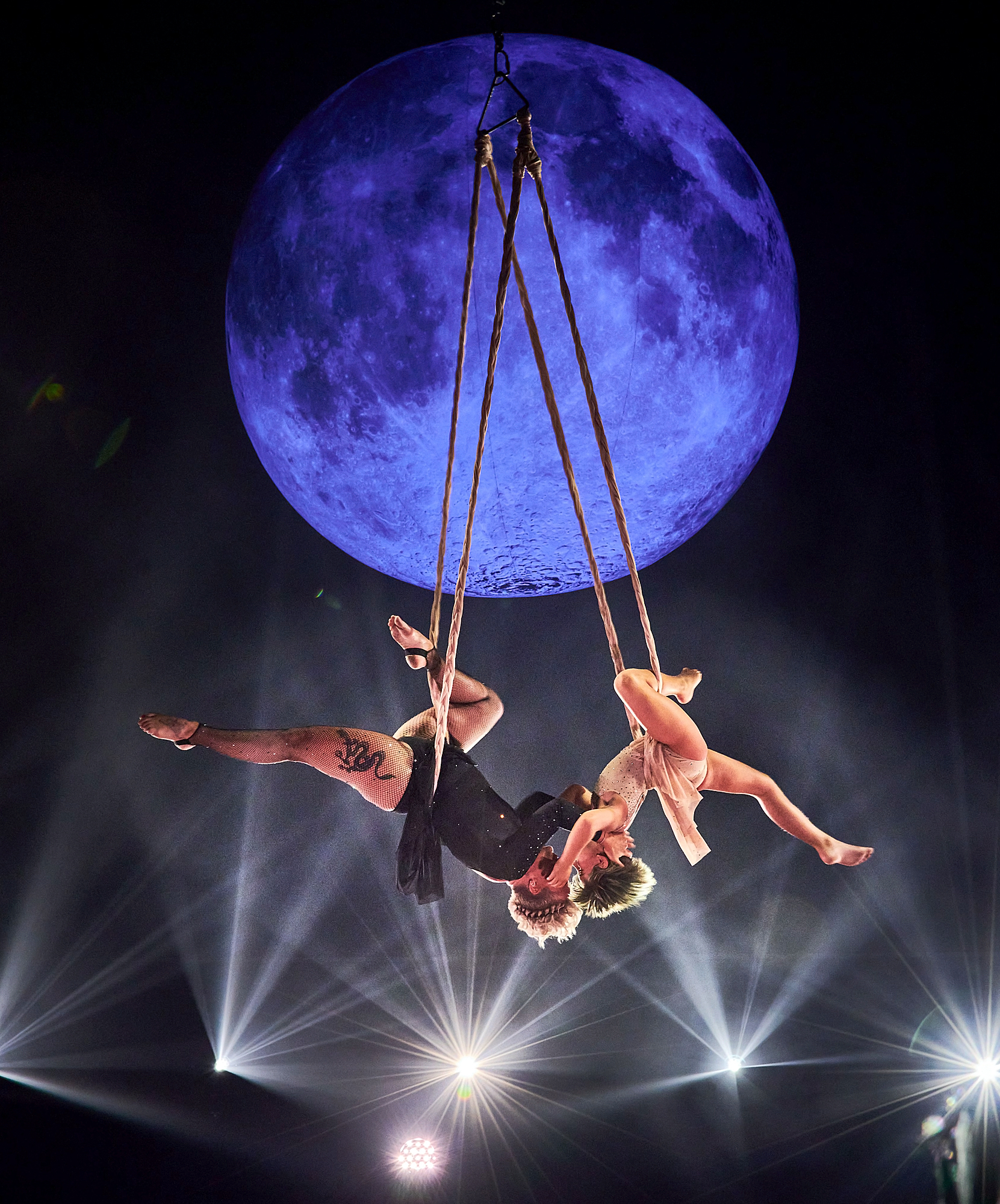 “As a little girl, I always dreamed about being a singer and sharing my love of music with the world,” she said. “Years later, to receive the Billboard Music Awards Icon Award is hard to fathom!”

The Grammy Winner shares two children, Willow, 9, and Jameson, 4, with her husband, Carey Hart. The pair have been together on and off since 2001.

Last spring, Pink revealed that she and Jameson had been infected by COVID-19.

“It was really, really bad, and I rewrote my will,” she said of the March 2020 diagnosis during an appearance on Mark Wright‘s Heart radio show earlier this month. “At the point where I thought it was over for us, I called my best friend and I said, ‘I just need you to tell Willow how much I loved her.’ It was really, really scary and really bad.” 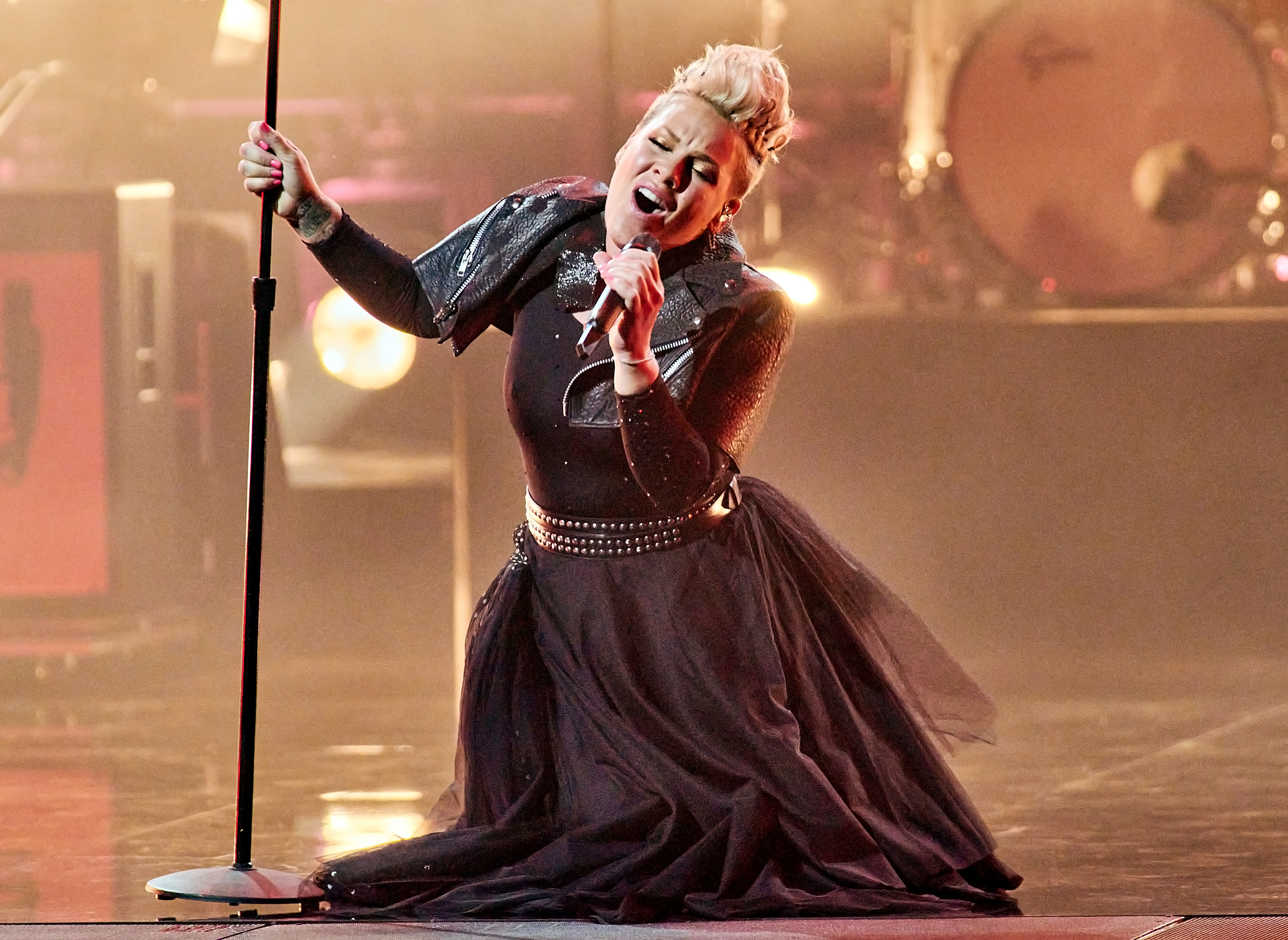 The “What About Us” singer also shared that her experience with the virus inspired her to write her song “All I Know So Far.”

“As a parent, you think about, ‘What am I leaving for my kid? What am I teaching them? Are they going to make it in this world, this crazy world that we live in now? What do I need to tell them if this is the last time I get to tell them anything?’” she told Wright, 34. “So that was kind of the song.”

The emotional tune shares its name with the Pennsylvania native’s new documentary, which premiered Friday, May 21, on Amazon. The movie, which follows Pink on tour, shows her juggling her career and parenthood.

Pink told Us Weekly exclusively in January 2020 that — although her daughter doesn’t think she’s “cool” or “like [her] music at all” — Willow enjoys joining her family on the road.

“She loves being a carney [on tour], she loves the life, the circus that we live in and she’s grateful,” the singer said.