Back on the same coast! Busy Philipps’ recent move from Los Angeles to New York City has had its perks. Not only did it give her the opportunity to work on Peacock’s new comedy Girls5eva, but now she’s that much closer (in proximity!) to BFF Michelle Williams.

‘Dawson’s Creek’ Cast: Where Are They Now?

“It’s been tricky [amid the pandemic],” Philipps, 41, exclusively told Us Weekly while promoting her partnership with Credit Karma Money. “I was working and very much on lockdown. We were shooting Girls5eva, and because the last thing you want to do is be the person that ends up shutting down a production and putting 200 people out of a job. So, you know, it has been a little bit tricky because while we’re sort of so much closer in some way, we haven’t been able to like really cuddle and spend as much time together as we would love.” 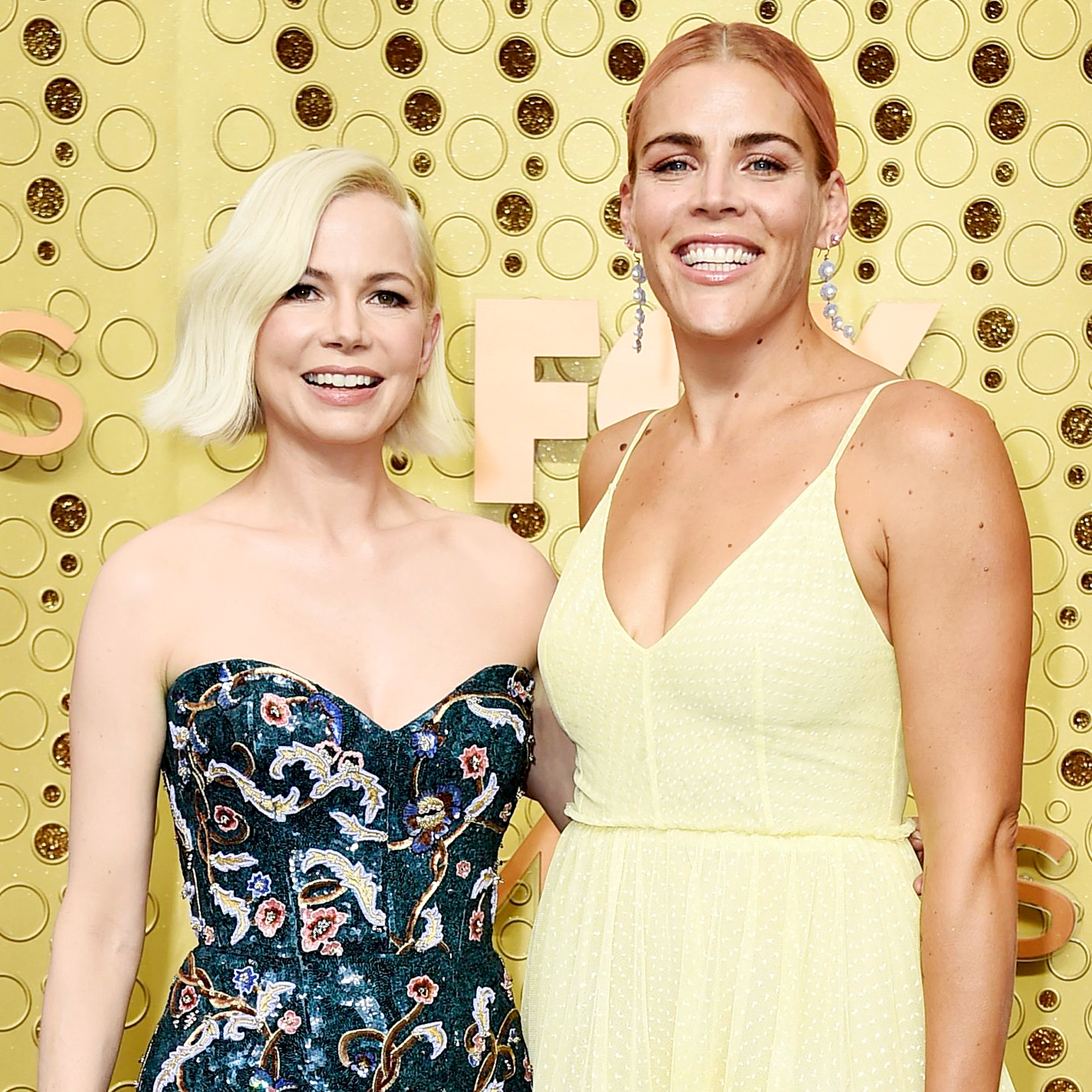 Despite the social distancing restrictions, Philipps and Williams, 40, have been able to reunite on occasion. “Both of our families quarantined and then ended up spending some time over the holiday break together. And that was like really, really wonderful,” she added. “And I am so thrilled to be close to her now.”

The actresses first met while starring as Jen Lindley (Williams) and Audrey Liddell (Philipps) on Dawson’s Creek, which ran from 1998 to 2003. (Philipps joined the cast in season 5.) Years later, they’d appear together in Amy Schumer’s I Feel Pretty.

“It fell into place because my husband [Marc Silverstein] was directing it,” Philipps said before making a reference to Williams’ husband, Thomas Kail. “I guess now that Michelle — that Tommy’s a director too, maybe we can get him to direct something for the two of us.”

Philipps and Silverstein are parents of Birdie, 12, and Cricket, 7. Williams and the Hamilton director Kail, 43, meanwhile, welcomed a child together last year. The Greatest Showman actress is also mom of daughter Matilda, 15, whom she had with the late Heath Ledger.

Over the years, Philipps and Williams have attended several awards shows together, with their priceless reactions to the Moonlight and La La Land Best Picture mix-up making headlines during the 2017 Oscars. 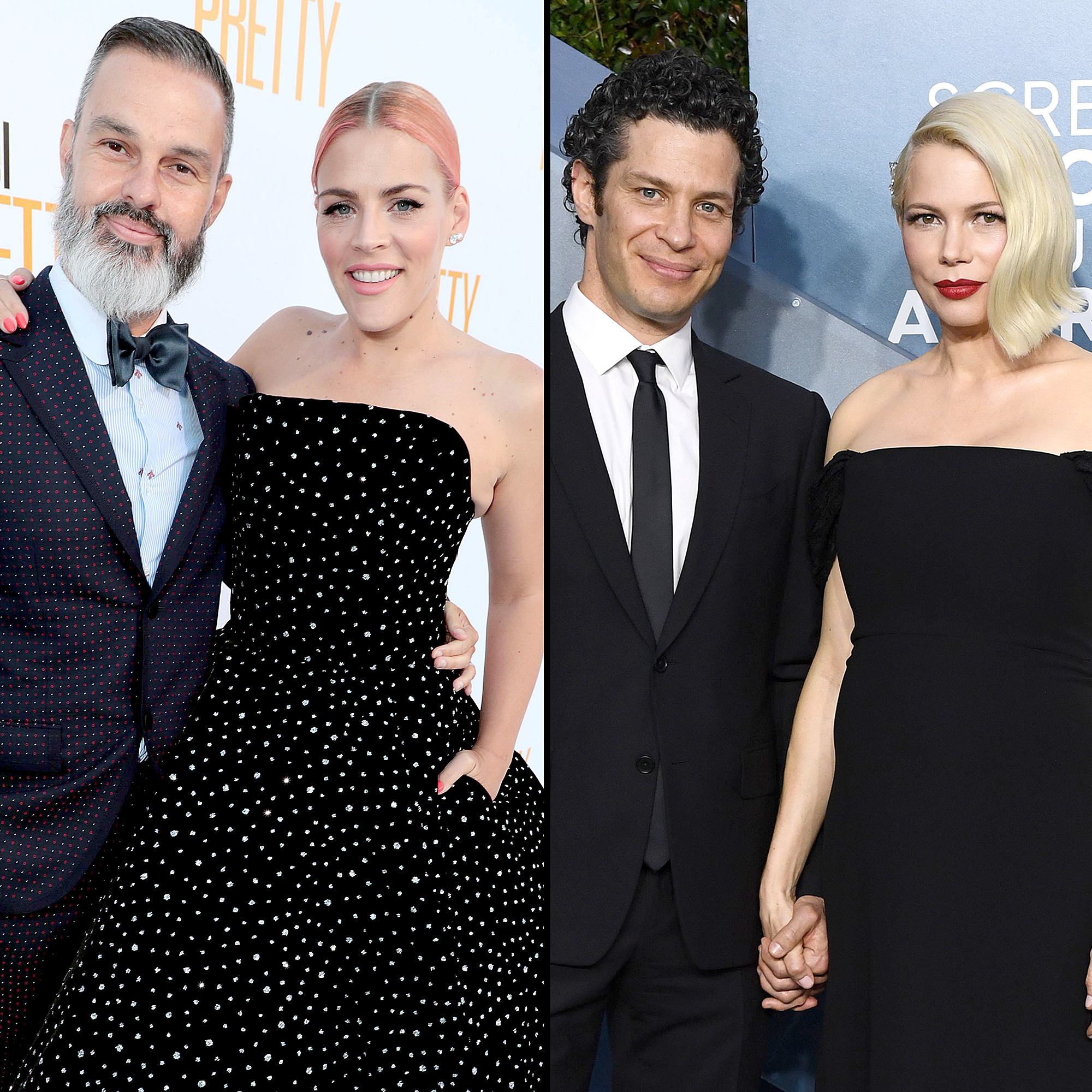 “Oh my God, that was the most fun ever. Which we almost missed because we had to pee,” Phillips recalled to Us. “I love getting ready with my friend. I think that the best part of all of that stuff is always just the time that we get to spend together. And it’s really special to be able to be there with your friends and celebrate the high points of their careers and the things that they’ve worked so hard for. You know what I mean? Whether it’s an awards show or your friend got a promotion and you take her out for drinks or you throw her a dinner party for her 30th birthday. Like those things are like that to me, you know, that’s the best. That’s the best thing. You’re there for your friends through the hard times, but it’s super fun to be with your friends to celebrate the fun times too.”

Celebrities Who Were Childhood Friends

Despite skipping this year’s awards season, the Freaks and Geeks alum has been keeping busy in other ways. She recently teamed with Credit Karma Money and its app, which over 110-plus million people already trust with their finances.

“I made a lot of financial, not mistakes, but like I think I just didn’t have the knowledge and I was really intimidated by it. I think that that’s something that a lot of people can relate to. No matter what you do for work to make money, I think a lot of us feel a little bit intimidated by how to handle our money and how to invest and what to say then how to save,” she explained. “And I do love that Credit Karma is not just making it so much easier for people, but also, really wanting to educate and help people get better at handling their money and saving their money. And so they’ve launched Credit Karma Money, which is rooted in that idea of helping everyone be thoughtful about how you save and how you spend your money. And I do think that’s something that like when I first started out, I could have definitely used.”

She continued: “I just think that, you know, we need to have these conversations about money. I think that it’s historically been sort of a taboo subject. People don’t want to talk about it how much you make, save, how you spend, but the truth is, if we’re not having these discussions, then you don’t learn. You don’t know how to do it. And especially when we’re talking about like pay equality. We have to be communicative with one another so that we can make sure that there’s parity in the workplace.”