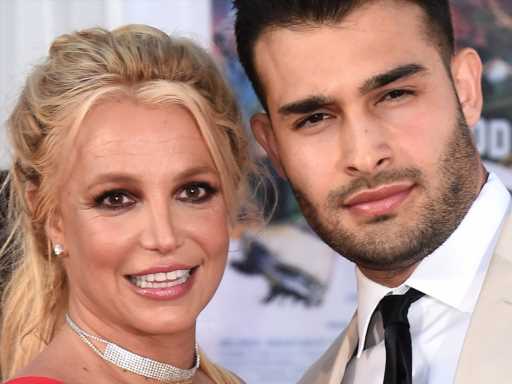 On Sept. 10, Britney Spears fans went insane after her boyfriend of four years, Sam Asghari, posted a picture of a stunning engagement ring on his Instagram story. Fans realized, and sobbed, when they found out that the stunning ring had the inscription “Lioness” on the inside the ring. But as soon as the photo was posted, it was soon deleted.

Oh, but fans have not calmed down. Some think that what he says is true, while others think the pair are trolling Spear’s family.

“Britney is gonna get engaged the minute her dad is yeeted, we love to see it,” another tweeted.

Here’s another tidbit that has fans scratching their head: Asghari was found looking at rings at a Cartier in Beverly Hills, only earlier this month. So many fans are quite convinced.

This past year has been all about Britney. From her conservatorship battle to her risque Instagram posts, everyone has been talking about Spears. And truly want nothing but the best for her. So the thought of her getting engaged to her loving, long-time boyfriend is sending fans into manifestation mode.

Asghari and Spears originally got together back in October 2016, when Asghari starred in Spear’s music video for Slumber Party. Then less than a few months later, the couple became Instagram official, and the rest is history.