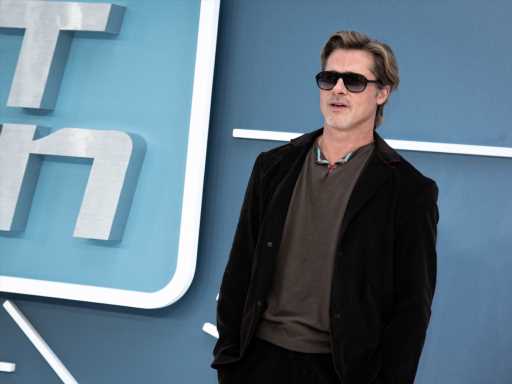 Brad Pitt is enjoying his single life after his contentious divorce from Angelina Jolie. Just because he’s back on the dating market, it doesn’t mean that he’s ready to jump headfirst into a serious relationship.

The 58-year-old actor seems more focused on buying a $40 million estate in Carmel, California, exploring his sense of style, and hanging out with “a large group of artsy friends in L.A.” A People insider dropped the morsel about Pitt’s romantic life and described him as “dating,” but noted that he’s not in “a serious relationship.” The paparazzi is probably disappointed that they won’t get any major scoop about his dating situation anytime soon.

That also leaves him time to nurture his relationships with his six kids, Maddox, 20, Pax, 18, Zahara, 17, Shiloh, 16, and 14-year-old twins Vivienne and Knox. While things have been rocky with Maddox in the wake of his alleged domestic violence incident with Jolie in 2016, it seems that the younger kids are still tight with their dad. “Brad has dinner with his younger kids when they are all in L.A.,” the source revealed. “Since the kids are older now, they have their own life and friends. Brad still has a pretty good relationship with them.”

Considering that Pitt enjoys activities that revolve around his interest in architecture and the arts, we wouldn’t be surprised if his next serious romance comes from that world. In the meantime, the actor’s friend promises that “he’s living his best life under the circumstances” and nobody should be worried that the Bullet Train star is lonely.

Before you go, click here to learn more about celebrities who’ve opened up about dating after divorce.