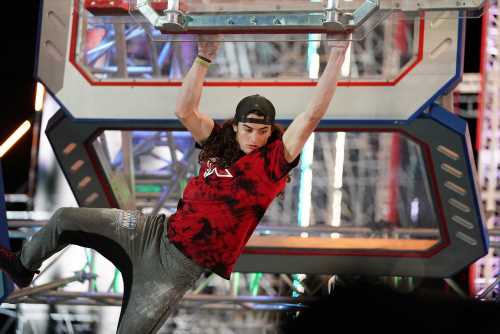 Colorado contestants and award nominees have been well represented on national TV this month — although only one walked away with their show’s highest honor.

Denver’s Bowen Yang is enjoying another hot streak after turning heads in 2019 as one of the few openly gay and Asian-American featured players on “Saturday Night Live.” In July, he made history by becoming one of the first Chinese-Americans — and the first-ever “Saturday Night Live” featured player — to be nominated for an acting Emmy. Show vet Kenan Thompson also grabbed an “SNL” nom, but Yang isn’t yet a full cast member, and his nomination broke the long-running show’s mold.

Yang, sadly, lost the Emmy earlier this week to Brett Goldstein (“Ted Lasso”) but doesn’t seem to be sweating it. The New York-based writer and comic’s “Las Culturistas” podcast continues to nab listeners, and Time Magazine last week named him to its 2021 Time100 list, which includes the magazine’s picks for the 100 most influential people in the world. Yang was one of a handful of comedians on the list alongside “Ted Lasso” star (and “SNL” vet) Jason Sudeikis.

“In 2018, someone sent me a clip of Bowen Yang lip-synching to my ‘Grey’s Anatomy’ character, Cristina Yang,” actor Sandra Oh wrote in Time. “I was like, ‘Oh my god — look at this kid. He’s way better at this monologue than me.’ … I am so proud to see him finding his way on his own terms.”

Yang was born in Australia, but starting at age 9 grew up in Aurora and eventually attended Smoky Hill High School. (His Instagram previously identified him as being from Denver, but Aurora still claims him as its own.)

Denver comic Josh Blue, who rocketed to national headliner status after winning the fourth season of NBC’s “Last Comic Standing” in 2006, finished an impressive run on the season-ending episode of “America’s Got Talent” on Sept. 15.

The 42-year-old’s family-friendly routines and endearing stage presence (he has cerebral palsy, but his act’s not solely about that) propelled him into the finals, along with aerialist Aidan Bryant, magician Dustin Tavella, singer Brooke Simpson, and comedian Gina Brillon.

The winner of the NBC show’s 16th season turned out to be Tavella, whose magic act and heart-tugging personal tales won over judges and the online-voting public. Still, it followed weeks of Blue appearing in dozens of national articles about the show, and certainly didn’t hurt his drop-in performance at Denver’s High Plains Comedy Festival on Friday (a veteran of High Plains, Blue typically receives a hero’s welcome there).

All in all, Blue finished third in the competition, with Tavella first and Bryant second.

“This has been so much fun,” Blue said from the stage last week before launching into his final, five-minute act on the show. He ended with a line that sent show creator and “American Idol” icon Simon Cowell into tearful laughter: “Thank you, that’s the end of my career!”

Fifteen-year-old Kaden Lebsack of Castle Rock won the 13th season of NBC’s “American Ninja Warrior” on Sept. 13, walking away from the imposing Mount Midoriyama course on the Las Vegas strip with $100,000. He just missed the $1 million prize, however, having failed on Stage 4 of the course (i.e. not making it to the top of his rope climb in 30 seconds). Still, he had the best overall time.

Significantly, this was the first season that the main show allowed for competitors over the age of 14, according to NBC, which put Lebsack in competition with adult contestants from Colorado such as Jake Murray and Ethan Swanson of Golden; Austin Gray and Nate Hansen of Boulder; and Jonah Munoz of Broomfield. The show in the past has also been dominated by Colorado contestants such as Isaac Caldiero, who won in 2015.

Further viewing: Longmont’s Secorra Heinrichs will appear this week on the third, just-launched season of “American Ninja Warrior Junior.” Taylor Greene, of Broomfield, is also looking to advance on the show, having competed in the Ultimate Ninja Athlete Association world championships over the summer. The third season premieres Thursday, Sept. 23, on the NBC’s Peacock.