Warning: This story contains spoilers from the Wednesday, September 25, episode of Big Brother.

Season 21 of Big Brother is officially over. Holly Allen, Jackson Michie and Nicole Anthony made it to the final three and when the finale began, many of the jury was torn.

During the conversations with Dr. Will, some agreed that Michie was the clear winner since he had nine competition wins. Kat said that it wasn’t really about the comps, but that she felt he stayed loyal  — something Sis didn’t understand. Cliff, on the other hand, said that if Michie didn’t pretend to be all about loyalty, he’d be OK with his lying and scheming. After their blow up fight, it didn’t seem like Tommy — would vote for him; he also revealed he heard Michie speaking “inappropriately” to both Kat and Christie, and for that, he didn’t want him to win the game.

The group were also torn on both Nicole and Holly. Kat said Nicole’s game was “underrated” and Cliff admitted he would have gone home earlier if it weren’t for her. While Nick didn’t see any of Nicole’s gameplay, Kat and Jess defended her immediately, claiming that that was only because she wasn’t in his alliance. 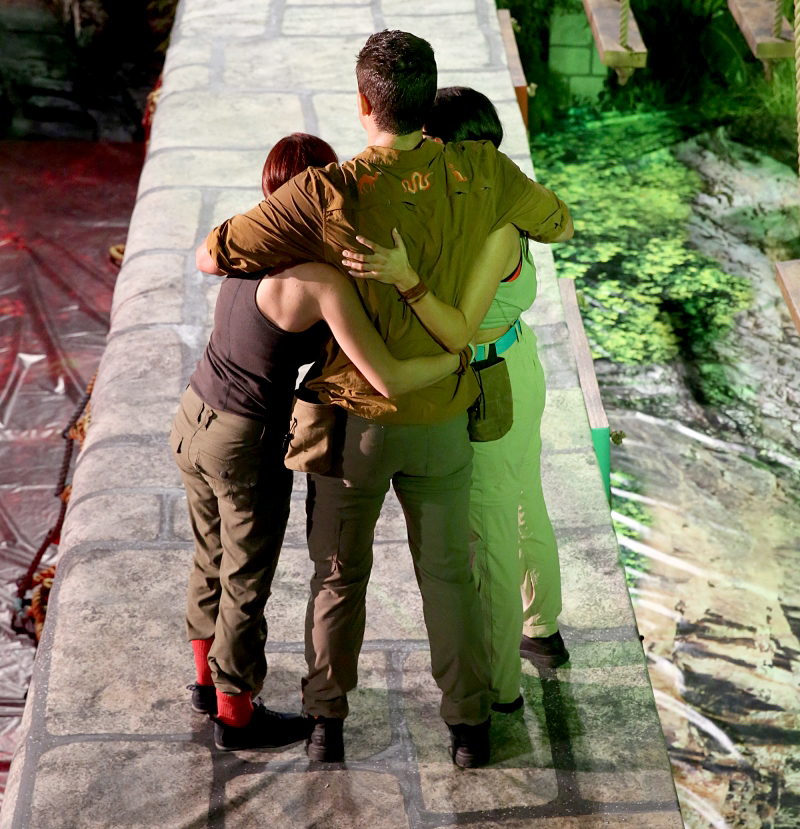 As for Holly, Sis didn’t think she had “done anything spectacular” and Christie wondered if she planned to stand behind the biggest target all season or if she got lucky with Michie. Meanwhile, Kat pointed out that Holly really helped control what Michie would do. Kat also brought up that Holly went after some of the bigger threats while Michie went after some of the smaller ones.

Meanwhile there was still competing to be done. During the second part of the HOH, Nicole and Holly had to combine their rock climbing skills with their memory skills. Photos of certain events were plastered on a huge wall and they had to choose what day each event happened. Neither found the final competition easy, but ultimately, Holly won by four minutes.

Since Michie already won the first part of the HOH competition, he and Holly then went head-to-head one last time for part three; they were each tested with how well they know the members of the jury. Unfortunately, Holly misheard one of the questions and Michie won by one, earning one last HOH win.

The jury then got to ask Holly and Michie questions, one which included a question about the way Michie spoke to women – the jury wasn’t sure they should reward the way he treated some of the females in the house and gave him a chance to defend that.

“I’m a very intense person. Anything in life worth doing is worth overdoing,” Michie said. “I have never, at any point, disrespected a woman’s character or her physical appearance or in any way demoralized her as a person. … I have never made anything personal with anyone, male or female. I respect women more than anything. I love my mom to death. She raised me right and at no point, have I ever wanted to come across as degrading.”

Holly also explained that she wasn’t at all riding Michie’s coattails and they had very different targets throughout the season. “We worked together a lot, but I played a very very different game,” she said, pointing out that she went after Nick when that wasn’t the best for Michie’s game.

Before the results of the voting were revealed, some of the season’s controversies were brought up. Michie denied making any choices based on race or age, something that he was accused of when he banished David, Jessica, Cliff and Kemi; he was also shocked by the allegations. Both Jackson, Jack and Christie also apologized to Kemi.

Here’s how the votes played out:

Michie was named the winner of Big Brother!