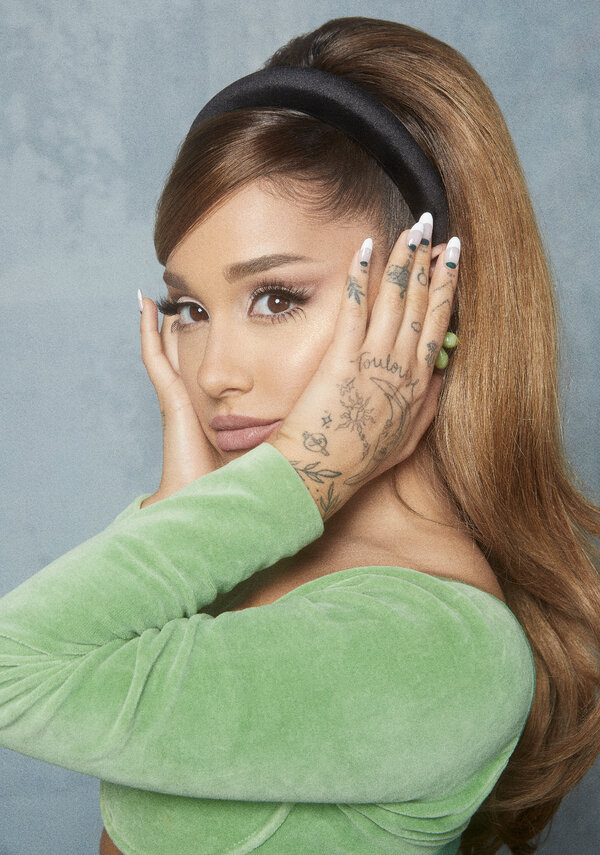 Every Friday, pop critics for The New York Times weigh in on the week’s most notable new songs and videos. Just want the music? Listen to the Playlist on Spotify here (or find our profile: nytimes). Like what you hear? Let us know at [email protected] and sign up for our Louder newsletter, a once-a-week blast of our pop music coverage.

Ariana Grande delights in curling her voice around brittle, pointillistic rhythms: toying with short phrases, gliding in longer curves, multiplying herself high and low. Pizzicato strings and subtle percussion supply those rhythms in “Positions,” as she offers to enhance monogamy with sexual variety, including things “that I usually don’t do.” Her promises are earthy; the music is airborne. JON PARELES

The ruminative, poetic Gen Z singer and songwriter Arlo Parks has been trickling out new music all year — “Eugene” and “Black Dog” are two highlights — and her simmering track “Cola” made a key appearance on the soundtrack to Michaela Coel’s acclaimed TV series “I May Destroy You.” Parks’s latest song, “Green Eyes,” is a gently aching snapshot of young queer heartbreak (“Of course I know why we lasted two months,” she sings, “Could not hold my hand in public, felt their eyes judging our love”), undercut with a snaking bass line that reassures the listener that, despite her melancholy, Parks will keep moving forward to her own particular beat. LINDSAY ZOLADZ

A longing for relief — spiritual, physical, emotional — fills “Faith Healer,” the first song from Julien Baker’s next album, “Little Oblivions.” She’s backed by a full rock band, with restless six-beat guitar picking and a martial, U2-ish beat, as she battles the lures of drugs and delusions, wondering if a faith healer or a “snake oil dealer” can “take away the sting a minute” or at least “make me feel something.” The music climbs and climbs, but leaves her hanging at the end. PARELES

The history of the Pennsylvania indie band Tigers Jaw is often divided into two distinct phases: before and after the 2013 departure of three of the band’s five founding members, one of whom, Adam McIlwee (who now records as Wicca Phase Springs Eternal), went on to found the influential emo rap collective Gothboiclique. Ben Walsh and Brianna Collins stuck around, though, and reshaped the band’s sound into something a bit softer and more introspective than the band’s brash emo roots. Its previous album, 2017’s “Spin,” felt a bit transitional, but “Cat’s Cradle,” the first single from the forthcoming “I Won’t Care How You Remember Me” (out early next year) is a confident step out of the shadow of the past and into the band’s future. Driven by chugging guitars and prismatic keys, it’s a refreshing blast of bouncy power-pop, tinged bittersweet by Collins’ lilting lead vocals. ZOLADZ

Isolation reigns in “Dominique” by Ela Minus, the songwriter, producer and singer Gabriela Jimeno from Colombia. Over a steady-pulsing, three-chord electro track that adds and subtracts assorted layers, she whisper-sings about how “My brain feels like it’s going to break” and “I am afraid I forgot how to talk to anyone else that’s not myself.” No matter: She has instruments and studio skills, enough to make her situation thoroughly catchy. PARELES

The hopes, misgivings, wariness and vulnerability of a new romance all play out together in Helena Deland’s “Comfort, Edge.” The first seconds of the song take their time coming into focus, with whispers and muffled, low-fi instruments. Then the tempo drags its feet, but the grungy guitar chords push forward; the harmonies climb, but Deland’s vocal maintains its cool, with hints of the melody from John Lennon’s “Jealous Guy.” She sets out her requirements — “You’ll never make a fool of me” is the first — but she doesn’t necessarily expect them to be met. PARELES

Last year the 24-year-old London singer and songwriter Nilüfer Yanya released an excellent debut album, “Miss Universe,” which paired searching, openhearted lyrics with sudden, St. Vincent-esque jolts of electric guitar. “Crash,” the first single from her upcoming EP “Feeling Lucky?,” sounds a bit like a mid-90s alt-rock radio hit that never was: The fuzzy distortion of Yanya’s guitar envelops a sweetly hypnotic hook. “If you ask me one more question, I’m about to crash,” she sings with an exasperated sigh. The music video’s concept elaborates on that theme, featuring Yanya as a flight attendant aboard a charmingly homemade-looking aircraft. ZOLADZ

Is Jack Harlow the Tyler Herro of rap, or is Tyler Herro the Jack Harlow of basketball? Who can say, but they are logical kindred spirits: Both had breakout, hater-silencing years in 2020 (the 22-year-old Harlow with the ubiquitous hit “What’s Poppin”; Herro, the Miami Heat’s precocious 20-year-old shooting guard, with his unexpected star turn in the N.B.A. bubble), and both share a certain “really? that guy?” quality. Unfortunately (fortunately?) Herro doesn’t drop any bars on “Tyler Herro” — but he and his fabled drip do make a cameo in the music video. “I came home nice but I’m going back mean, I’m about to globe trot when they know a vaccine,” Harlow raps with his easy, weightless charisma. At the very least, this is the best song semi-randomly named after a reigning N.B.A. rookie since Sheck Wes’s “Mo Bamba.” ZOLADZ

Smerz, ‘I Don’t Talk About That Much’ and ‘Hva Hvis’

Smerz is the electronic duo of Henriette Motzfeldt and Catharina Stoltenberg, Norwegians now based in Denmark, whose music leaps amid pop, dance music and classical impulses. “I Don’t Talk About That Much/Hva Hvis” is a high-contrast pair of tracks. “I Don’t Talk About That Much” runs on nervous electro momentum, with arpeggios ricocheting in stereo between a sputtering kick drum and a buzz looming overhead; their voices harmonize calmly in lyrics about reticence and uncertainty: I wonder if you ever wonder about me/this much.” “Hva Hvis” (“What if”) is an austere instrumental for strings: lingering over drones, hinting at a chance at resolution, but thinning back to one solo, sustained tone. PARELES

The trumpeter Steph Richards is an emerging maestro of extended technique — which usually means altering the process of playing an instrument, to elicit atypical sounds. But on “Supersense,” a new album, Richards shows that it can mean more than that. First she assembled a quartet of esteemed improvisers a generation or two ahead of her — the pianist Jason Moran, the bassist Stomu Takeishi and the drummer Kenny Wollesen — who gently fortify Richards’s aesthetic, which favors tremulous atmospherics and wriggling snakelets of melody over clear narrative. Then, working with the multimedia artist Sean Raspet, she created a batch of abstract, unnamable scents with far-out ingredients (for instance: cricket exoskeletons) to guide the musicians as they recorded each track. Physical copies of the album come with a scratch-and-sniff sheet, allowing you to immerse yourself in the same aura that surrounded the band as it played. With social distancing forcing so many changes to the ways we relate, think of Richards as extending the techniques of artistic interaction, creating a way for audiences and performers to share space from afar. GIOVANNI RUSSONELLO