Vinny Guadagnino set his sights on Alysse Joyner from the moment they met on Double Shot at Love With DJ Pauly D and Vinny, but their relationship fizzled off camera after he selected her as the winner.

“Unfortunately,Alysse and I weren’t allowed to see each other publicly after filming for 5 months until the finale aired to not spoil the ending,” the Jersey Shore: Family Vacation star, 31, tweeted on Friday, June 28. “Very weird situation to be put in after the finale.”

Vinny explained to his 3 million Twitter followers that he “struggled to keep [the relationship] alive through text” while spending time away from Alysse, 24. “Still think she’s amazing,” he added. “Wish her the best.”

During Friday’s finale of the MTV reality dating series, the Chippendales dancer — who once claimed to have slept with hundreds of women — went back and forth between Elle Wilson and Alysse. He ultimately chose the latter to be his girlfriend.

“Since the first minute we chilled with each other, I’m always drawn to you. It’s effortless when I hang out with you,” he told the Brooklyn native. “I know you’re shy and introverted, and I am too. But if you’re ready for a shot at love, so am I.” 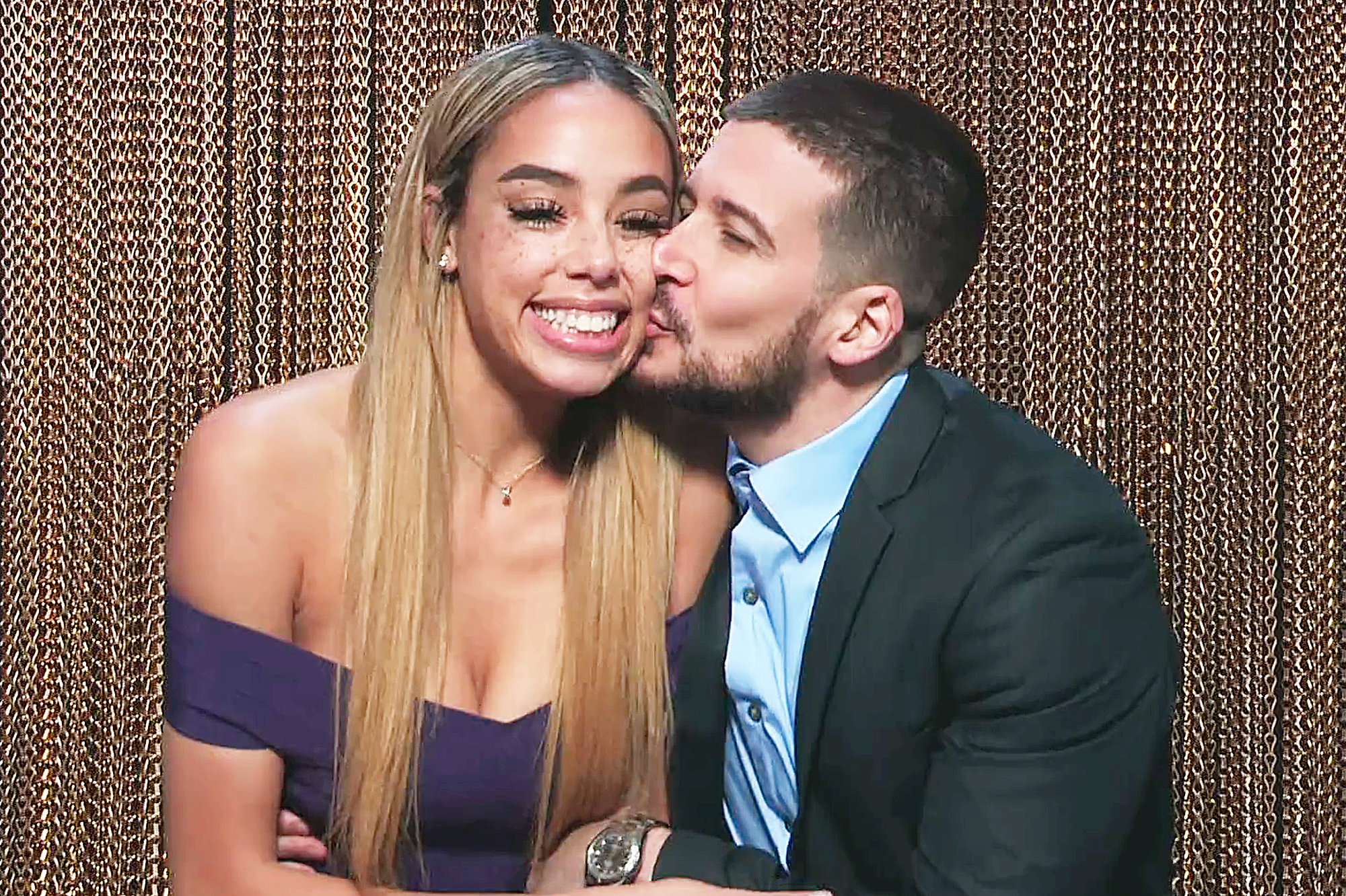 Next up, Paul “DJ Pauly D” DelVecchio Jr. had to announce his final decision. He sent home Derynn Paige, leaving Nikki Hall as his last remaining contestant. Naturally, the Los Angeles native, 26, assumed she won Pauly’s heart and seemed thrilled with his choice.

However, the DJ, 38, had one last surprise, much to Nikki’s dismay. He eliminated her as well and chose to end the show just as he started — as a single man. “I’m rolling solo for now,” he announced.