Anthony Joshua has hailed 2022 as the year of ‘trials and tribulations after the undefeated Oleksandr Usyk took his IBF, WBO and WBA heavyweight titles.

Nevertheless, the 33-year-old is back in fighting form and has joined forces with the antiperspirant deodorant Lynx for another year.

With the festive period being the perfect opportunity to unwind, the Olympic champion told Metro.co.uk why he isn’t shying away from confrontation any longer, and the Adele track he would love to remix.

We’re three days away from Christmas, and most men usually receive a Lynx Christmas set every year, has that been a guaranteed gift for you as of late? 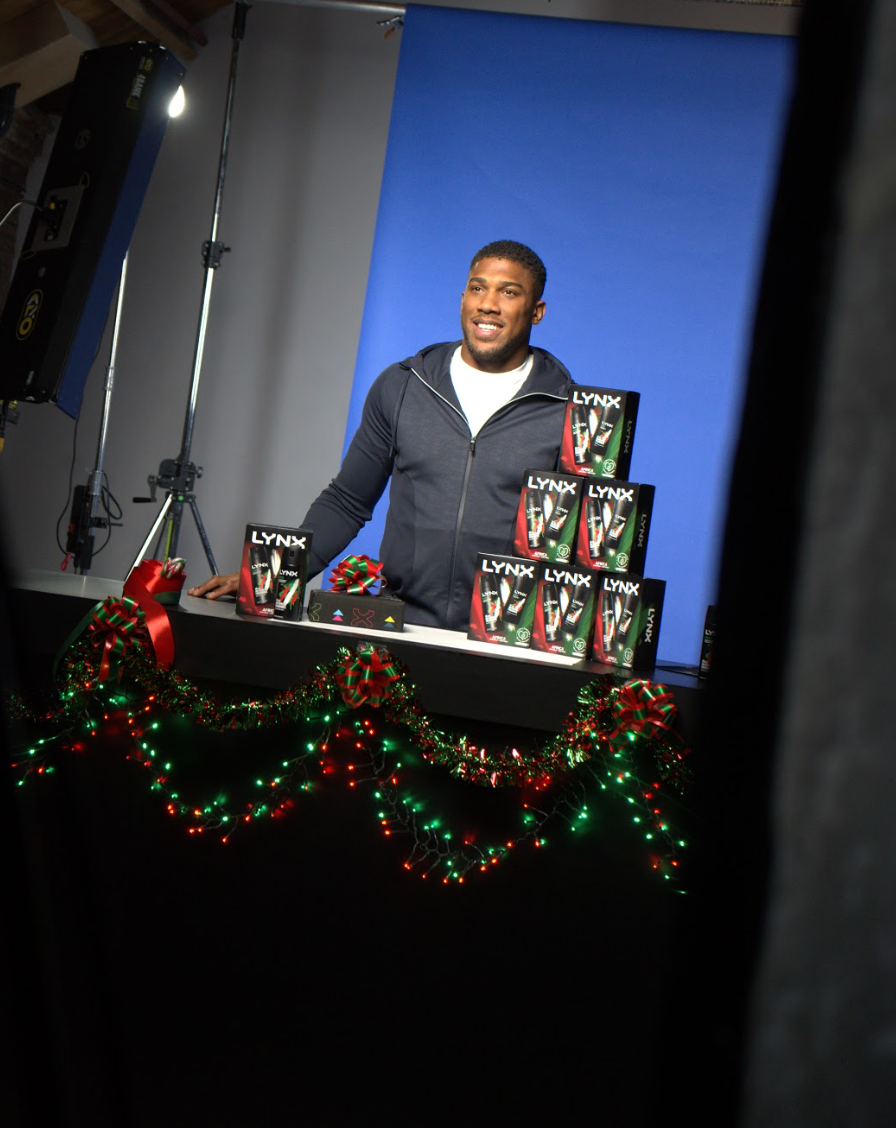 We all do, no matter what age! There’s always an Aunty or Uncle or someone older than us that still looks at us like kids, and still gives us the gift sets.

Even from a young age, it’s always been part of the Christmas parcel. It’s heritage right? It’s years in the game, and why do I think it goes under the Christmas tree… probably something to do with their youth audience.

Me and Aitch did something recently which was pretty fun and authentic back in the day with the Africa and the Voodoo. I don’t know why it was so iconic but it just worked and it’s just lasted, it’s something that has stuck with us throughout the years.

2022 has been a big year for you, but what does Anthony Joshua do to unwind? What is your self-care regime?

I have a long bath, of course. Shower obviously. Self-care, maybe a sauna steam room.

Staying fresh as well, because I stay in quite a dirty, gritty, grotty environment due to boxing, and the regimes take me out of that grimy environment, so keeping fresh as and when I can.

How would you describe your professional journey this year?

I would sum it up and say trials and tribulations. Very very challenging, but it’s not over, far from over. Still passionate and still growing as a person and as an athlete.

How have the challenging moments made you stronger?

When I lost, I was finally out of the race and overcoming that was a new beginning… something I’ve been used to, being in the title race for seven years and then finally realising that this isn’t my norm anymore. Yeah, it’s challenging to overcome that.

Did you learn anything new about yourself when overcoming those challenges?

Being more confident in myself, being more confrontational with things, and being honest with people so they know who you are and what you stand for. Love me for it, or hate me for it, I’m quite content with who I am.

What song hypes you up during training?

Outside of the gym I like all types of music, but in the gym it’s hip-hop.

I like rock, rock’s quite cool, but I’m not a massive rock lover. Today it was 50 Cent’s If I Can’t.

We know you love to drop a cheeky rap occasionally, when can we expect your EP?

I’d love to because in this life you should always try. You only live once, so why not.

So when is that AJ EP coming…. I would probably say next year. If I get some free time it would be something that I would love to do.

I’ve spoken to some artists already about it. I spoke to rappers Skrapz and Nines and they’re keen to do it. A collaboration in that sense would be really good.

Is there someone you would love to collaborate with musically?

Adele, that would be good. I would like to do something with Hometown Glory, like a remix.

You must have had some interesting Christmas presents over the years, what has been your favourite?

The best Christmas present I’ve ever received has got to be the gift of spending time with my family and friends, but of course, it wouldn’t be Christmas without that Lynx gift set under the tree. I’m a big Lynx Africa fan and Christmas is that time of the year when I know I’m going to get a re-up on my favourite fragrance.

The best memories I have of opening Lynx at Christmas is the look that you give to your family once you’ve opened it as you both know it’s the one gift you’ve been waiting for.

I like to focus on small goals, so nothing major.

Small little steps and before you know it, you’ll know how far you’ve come.

What is your go-to Christmas song?

Do you have any Christmas rituals within your household?

The main thing is eat! My mum wants a quiet Christmas this year, I don’t know why. I still live with my parents, we’re all in a family home.

In terms of games… if it was up to me, I would have karaoke and Usher’s Superstar would be my song.

Any shows that you’re binging?

There isn’t at the moment, it’s just a relaxing day. Doesn’t even feel like Christmas!

What does your Christmas dinner consist of?

Jollof rice, plantain, moin moin and it’s all in the big tins like all you can eat buffet. A lot of different varieties for sure

We spoke to Lynx ambassador Anthony Joshua as part of his partnership with Lynx this Christmas. There is no Christmas without Lynx, the UK’s iconic fragrance brand.