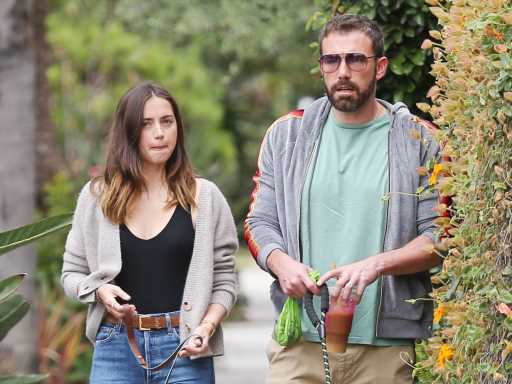 Ana de Armas and Ben Affleck were paparazzi fixtures at the start of the pandemic. It became common to see their daily quarantine walks with their Dunkin Donuts iced coffees (an Affleck fave) while walking their dogs. The then-couple appeared to rather enjoy the attention and didn’t seem too bothered by all of the camera lenses being aimed at them in the morning.

Well, de Armas is here to clarify her position on what that was really like because she wasn’t a big fan of being a paparazzi target, which is something Affleck has become accustomed to in his personal life. When she was asked by ELLE magazine what it was like to be on the receiving end of all of that attention, she had one word to describe it, “Horrible.” While that seems like a negative reflection on her relationship with her former Deep Water co-star, she chalked it up to a life lesson. “Yeah, which is good,” de Armas added. “That’s one of the reasons why I left L.A.”

The 34-year-old actress realized that Los Angeles just wasn’t the city for her. “Going through it [myself] confirmed my thoughts about, ‘This is not the place for me to be,’” she shared. “It became a little bit too much. There’s no escape. There’s no way out.” She called LA “a city that keeps you anxious,” and we can’t blame her when there were photographers lurking at every corner to capture her and Affleck’s every move.

The Blonde star has settled in New York City with a new boyfriend, Tinder executive Paul Boukadakis, and we know where Affleck wound up after the couple split. He and Jennifer Lopez are happily engaged, enjoying their blended family, and occasionally milking a paparazzi moment or two with a little PDA — Bennifer 2.0 is a photographer’s dream.

Before you go, click here to see celebrities who fight hard to keep their partners and kids away from paparazzi.