It took a long time before Allison Russell was ready to sing her own full story. Once she was, the songs came rushing out.

Her solo debut, “Outside Child,” speaks bluntly about sexual abuse by her adoptive father. She spells it out, over a steadfast Memphis soul beat, in the first song she wrote for the album, “4th Day Prayer”: “Father used me like a wife/Mother turned the blindest eye/Stole my body, spirit, pride/He did, he did each night.”

Yet in that song and throughout the album, she also sings about deliverance and redemption, about the places and people and realizations that helped her survive and claim her freedom. It’s an album of strength and affirmation, not victimization.

“When you’re around her and her family, she just is pure joy,” said the singer and songwriter Brandi Carlile, who got to know Russell after hearing and admiring the album, due May 21. “Her smile stretches from side to side of her face, all the time. And you would never know that she came from a brutal and harrowing childhood situation, except for the fact that she honors it by telling you.”

Wearing a rainbow-design Brandi Carlile T-shirt (the admiration is mutual), Russell, 41, recently chatted from her home in Madison, Tenn., near Nashville. Behind her were crowded bookshelves, her clarinet and banjo, a sign reading “When Women March, Stuff Gets Done” and propped up, an LP by the redoubtable African-American folk singer Odetta. “She’s an inspiration,” Russell said. 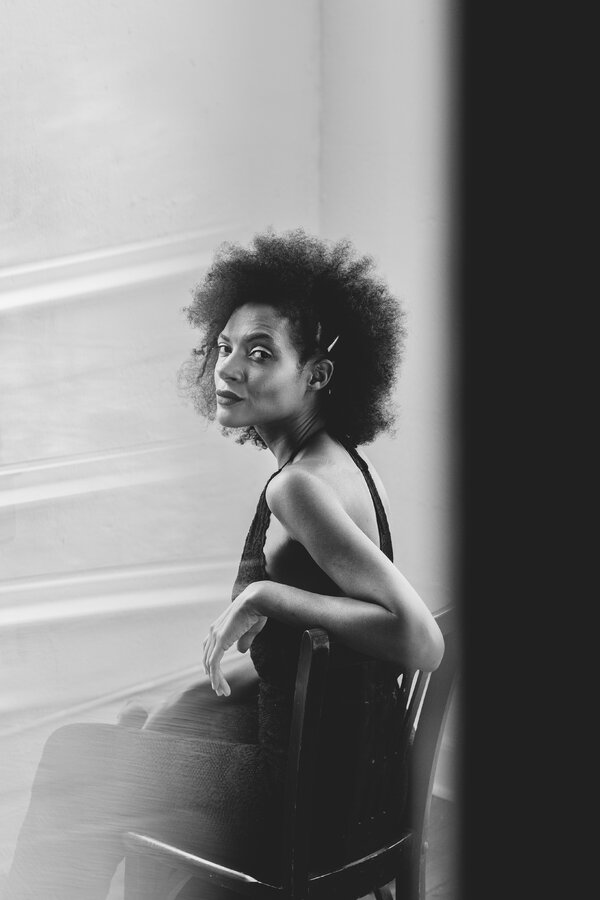 Russell has recorded extensively as a member of eclectic roots-rock groups. She formed Po’ Girl in the early 2000s, and she started Birds of Chicago with the songwriter JT Nero (Jeremy Lindsay) in 2012; they married in 2013. Her music has drawn on folk-rock, blues, Celtic ballads, gospel, field hollers, country, klezmer, bluegrass and more. Her voice can be smoky or steely, righteously firm or sinuously jazzy.

The singer, songwriter and folklore explorer Rhiannon Giddens invited Russell to join Our Native Daughters along with Amythyst Kiah and Leyla McCalla — all four of them Black female banjo players — to make a 2019 album, “Songs of Our Native Daughters,” for Smithsonian Folkways that celebrated the banjo’s West African origins and encompassed narratives of slavery, perseverance and resistance.

Working with Our Native Daughters broke through a writer’s block for Russell. She wrote “Quasheba, Quasheba,” about her biological father’s original New World ancestor, an enslaved Ghanaian woman who was transported to Grenada. And on the Our Native Daughters tour bus in the summer and fall of 2019, Russell found herself writing the songs that would end up on her solo album. She and Nero started building the songs by swapping ideas online.

“The history that we were excavating on that project really made me understand my own history within the context of this continuum,” she said. “Bigotry and abuse are intergenerational traumas. It’s not just my story.”

Russell was born in Montreal, the daughter of a teenage, Scottish-Canadian mother and a visiting student from Grenada who had returned home before her mother knew she was pregnant. Allison spent her early years in foster care. But when her mother got married — to a white man who grew up in a segregated, so-called “sundown town” in Indiana, which prohibited Black people staying in town after dark — the couple took custody of the 5-year-old Allison. “They just handed me to them,” she recalled. “He was seen as the savior.”

Instead, Russell said, “It was an awful decade.”

She went on, explaining how the situation appeared to her when she was a child. “It’s someone that you are dependent on, who might appear to be kind and loving. Kids are incredibly good at double-think, to borrow from Orwell — to just separate your brain. And that sort of worked for me until puberty. And then it was like I couldn’t keep the worlds separate anymore, and it was crushing.”

At 15, she ran away from home. Still attending high school, she slept in cemeteries or at friends’ houses, hung out in student lounges at McGill University and at the cathedral, and nursed cups of tea in 24-hour cafes. The album opens with “Montreal,” her gentle thank you to a benevolent city: “You would not let me come to harm,” she sings.

In the country-ish “Persephone,” Russell recalls a teenage girlfriend who offered refuge and solace. “Blood on my shirt, two ripped buttons/Might’ve killed me that time, oh if I’d let him,” she sings. “Got nowhere to go but I had to get away from him/My petals are bruised but I’m still a flower.” She escapes to Persephone’s bed; the music is upbeat and hopeful, savoring the comfort.

“It was this awakening, to reclaim a part of yourself that has been just about pain and shame and misery,” Russell said.

Russell moved across Canada to Vancouver. She was still in touch with her mother, and in 2001, she learned that a niece and nephew would be moving in with her parents. She flew back to Montreal to file rape and assault charges against her adoptive father. “The detective sat me down and said, ’90 percent of these cases don’t go to trial. Of the cases that go to trial, very few can get a conviction. Are you sure you want to do this? There’s no physical evidence left.’

Music had always been a refuge. Russell grew up singing; among her earliest memories, she said, was hiding under the piano as her mother played classical music. One of her Montreal hangouts during her teens was Hurley’s Irish Pub, where a fiddler, Gerry O’Neill, gave her crucial encouragement to become a musician. In Vancouver, she connected with her aunt Janet Lillian Russell, a songwriter who brought Allison into studio sessions. Russell also met Trish Klein, who was in a group called Be Good Tanyas; they started Po’ Girl together.

Even then, Russell’s songwriting hinted at her past. She wrote the line, “He used me like a wife” in “Part Time Poppa,” a Po’ Girl song from the 2004 album “Vagabond Lullabies.” It harked back to a song from a Library of Congress compilation of vintage blueswomen — the Bandanna Girls’ 1939 “Part Time Papa” — and the Po’ Girl song sounded stylized and distant. Another Po’ Girl song, “Corner Talk,” drew on conversations with a local sex worker; Russell recast it for her solo album as “All of the Women,” a stark, modal banjo ballad.

After police found other women her adoptive father had assaulted, he pleaded guilty to reduced charges and received a three-year sentence with a chance at earlier parole. Russell wrote “No Shame,” released by Po’ Girl in 2009. “He took from me 10 years of childhood, spent three years in jail at most,” she sang, bitterly. “How can a country’s code of justice be such a world away from just?”

But those songs were exceptions on the albums she made with Po’ Girl and then Birds of Chicago. “At that time I was trying to do something I wasn’t yet ready to do,” she said. “I really feel the difference going through this process now. There are conversations that we’re having in the mainstream now that we just were not having. There wasn’t this network of survivors that we have now, there wasn’t #MeToo then. And I’m a mother now, and that has changed everything. That has given me a layer of bravery and armor.”

In 2017, Russell and Nero moved to Nashville, drawn by the community of musicians. The English songwriter Yola often stayed with them on her visits to Nashville while making and promoting her 2019 debut album; during the pandemic, she officially moved in with them.

“When I was visiting and we were hanging out, there was this process of getting ready to tell this story,” Yola said in an interview. “We’d definitely have conversations where we worked on that strength and that sense of daring to exist, daring to be your most self, to speak your truthiest truth. It’s really beautiful to watch her come to this place where she’s like, now’s the time.”

In September 2019, the annual Americanafest had brought rootsy musicians to Nashville, and Russell seized the chance to record her album with guests, including Yola and the McCrary Sisters. With the producer Dan Knobler and a grant from the Canada Council for the Arts, Russell made “Outside Child” in just four days: three or four takes per song, much of it with a full band live in the studio. But the music is lustrous and diverse, from the churning minor-key rock of “The Runner” to the eerie, feedback-edged “Hy Brasil” to “The Hunters,” which has a hint of Caribbean lilt as Russell sings a quasi-fable about drawing strength from wolves to escape the hunters: her parents.

Carlile got an early copy of the album, and was “blown away” by it. “As a songwriter, her abstract poetry mixed with a literal mind is just unbelievable,” she said. “She can take you out into the ether and describe something to you in an abstract way, and then bring you right into a brutal reality. I remember thinking, this is one of the best conceptual albums I’ve ever heard.”

Carlile made some phone calls. She had recently finished producing a Tanya Tucker album for Fantasy Records, and when the label heard “Outside Child,” it signed Russell. “I didn’t get Allison a record deal,” Carlile insisted. “Allison got Allison a record deal. I was just trying to find a genuine way to express my affection for the music.”

Recently, Carlile joined Russell and the country singer Brittney Spencer on a remake of “Nightflyer,” the album’s gospel-y first single, inspired by an ancient Gnostic poem with a divine female narrator. The track will be released to benefit the nonprofit National Bail Out Collective’s Free Black Mama’s initiative.