Alicia Silverstone has been on a “Clueless” reenactment kick on social media lately, and her latest with designer and “Project Runway” alum Christian Siriano makes the conclusion of one scene in the movie less clumsy and a lot brighter.

The duo decided to redo the comedy film’s bed scene, in which Cher (Silverstone) tries to seduce her crush, Christian (Justin Walker), who — unbeknownst to Cher — is gay. Silverstone posted a remake of the scene to her social media accounts over the weekend, using the 1995 film’s original audio and recasting the role of Christian with Siriano.

Like in the original scene, the two are lying in bed and watching 1960’s “Spartacus,” and Christian seems more enthralled with the film’s star, Tony Curtis, than Cher’s feeble attempts to beguile him. Silverstone ends the remake the same way the scene concludes in the original version — by tumbling off the bed.

The fall prompts Christian to flee in the original film, but Siriano gives the new version a much more playful ending by pouncing on top of Silverstone, who bursts out into laughter.

Silverstone, who joined TikTok earlier this year, has been using the platform to supply fans with plenty of throwback content. She’s also reenacted other scenes from “Clueless” with her son, Bear Blu. 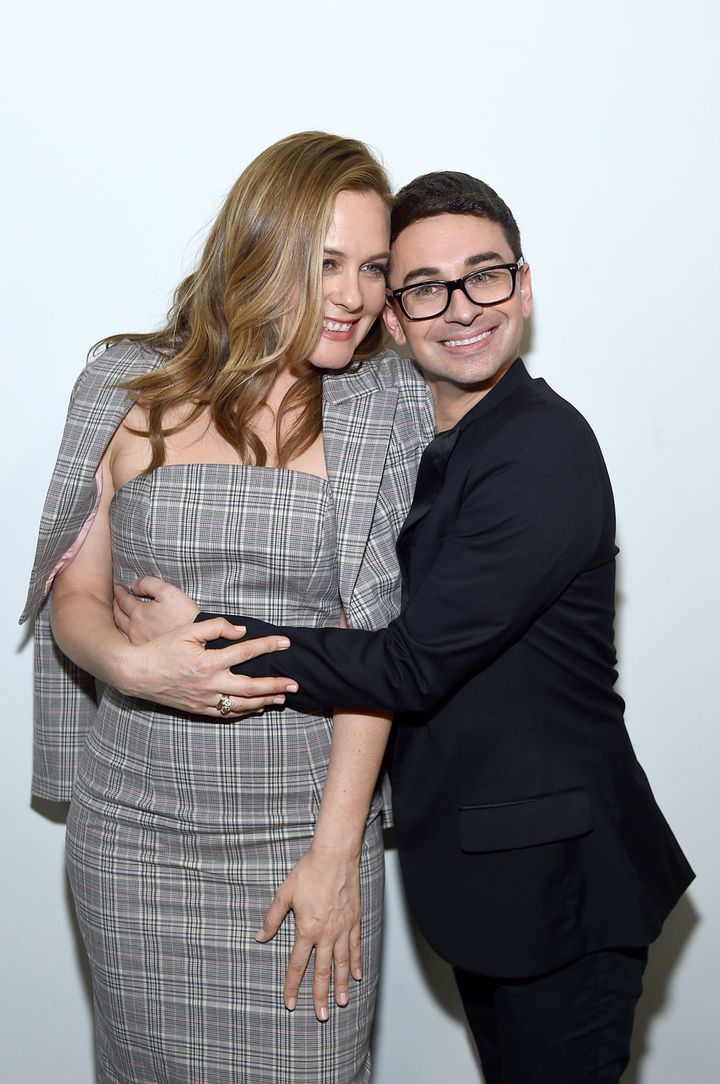 To be sure, “Clueless” remakes are great and Aerosmith throwbacks are nice, but we’d be left totally buggin’ if Silverstone chose to remake any scene from her terrible 1993 film, “The Crush.”