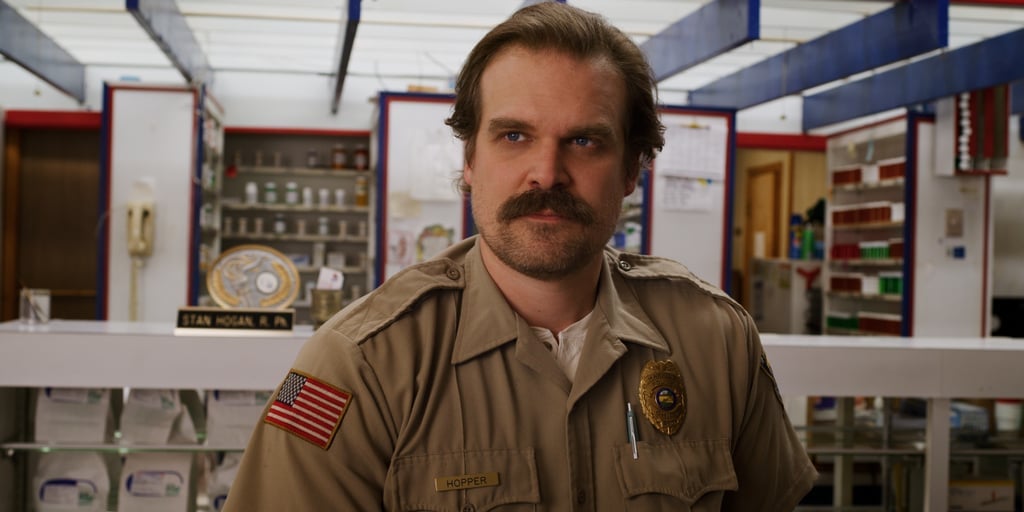 Major spoilers for season three of Stranger Things ahead!

By the time you get through the third season of Stranger Things, you’ll likely be left scratching your head about a few things. For instance, why have Eleven’s powers forsaken her? Are there any rats left in Hawkins? And how is Max going to explain Billy’s bizarre death to her parents?! But above all those is a much more devastating question that we never thought we’d be asking ourselves: Is Sheriff Jim Hopper dead? We’re betting no, but before we get into that, let’s review what leads Hopper to his big life-or-death moment.

Season three sees most of the characters operating in four separate groups: Will, Eleven, Max, Lucas, and Mike; Steve, Dustin, Robin, and Erica; Nancy and Jonathan; and Hopper and Joyce. The latter duo decides to figure out why the magnets on Joyce’s fridge have suddenly stopped working. By the end of the season, all the groups finally reunite and relay their individual discoveries and are able to piece everything together. Essentially a group of evil Russian scientists have been trying to reopen the gate to the Upside Down in a secret lab beneath the new mall in Hawkins. Yes, it’s a lot.

Hopper, Joyce, and Murray the conspiracy theorist decide to go down to the lab to shut off the big laser beam that’s opening the gate themselves. Just as Hopper and Joyce are about to turn the two keys that are required to shut off the laser, an Arnold Schwarzenegger-like supersoldier arrives and starts beating the sh*t out of everybody’s favorite sheriff. Even though Hopper bests him, it’s too late — the laser is about to open up the Upside Down, and Joyce has to make the decision to turn the keys, even though she knows it’ll vaporize Hop in the process. Cue all the tears.