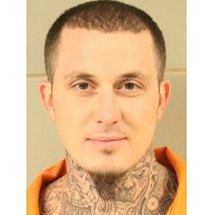 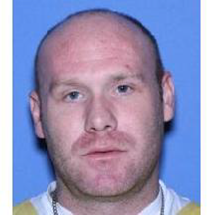 The leader of a white supremacist gang is on the loose after escaping from prison earlier this week in Arkansas, a spokesperson for the US Marshals Service told BuzzFeed News.

Wesley Gullett, 30, is president of the New Aryan Empire, a group that’s been accused of running a massive drug trafficking operation and committing a slew of violent crimes to maintain it.

Another inmate, Christopher Sanderson, 34, escaped with Gullett from the Jefferson County Jail. Sanderson is not known to be a member of the gang, Supervisory Deputy US Marshal Kevin Sanders said.

The two inmates managed to escape using dummies that they put in their beds, Sanders said.

“They stuffed their clothing with sheets, and there were socks sticking out of their legs so it looked like someone was in the bed,” he said.

It is unclear when the escape actually occurred. The US Marshals Service was notified of the escape early Wednesday morning, and the inmates likely escaped sometime between then and Monday, Sanders said.

The two inmates are considered “armed and dangerous,” and the US Marshals Service is offering up to $15,000 for information leading to their capture.

In February, Gullett was federally indicted — along with more than 50 other New Aryan Empire members — for a number of charges, including racketeering, attempted murder, and methamphetamine distribution.