LONDON — A dark night of the soul is gradually and movingly illuminated in “The Night of the Iguana,” the infrequently seen Tennessee Williams play that in fact anatomizes three souls in free fall. Widely thought to be the last great contribution from a writer who went into theatrical decline, the play is receiving a welcome revival at the Noël Coward Theater through Sept. 28.

James Macdonald’s production features the film actor Clive Owen’s impassioned return to the London stage for the first time in 18 years, and it brings this 2005 Oscar nominee (“Closer”) into the orbits of the London theater veteran Lia Williams and the visiting American actress Anna Gunn, a two-time Emmy winner for “Breaking Bad.” How do three such distinct performers coalesce? Very well indeed, in a memorably poetic version of a leisurely play that asks for an audience’s patience and rewards it.

Mr. Owen, with a spot-on American accent, plays T. Lawrence Shannon, a defrocked priest with an appetite for underage girls who finds himself in Mexico in a new and reluctant guise as tour guide to a busload of Americans who want him fired. Although the play was written in 1961, it takes place in 1940, which allows the playwright to stir a grinning collection of Nazi-sympathizing Germans into this strange brew.

Despite a large and bustling cast, the action is distilled into a chamber trio, with Shannon ricocheting between the fleshy embrace of the recently widowed hotel owner Maxine (Ms. Gunn, in an expert British stage debut) and the hard-won wisdom of the mystical Hannah. The latter is an artist who has arrived at the hotel accompanied by her grandfather, a nonagenarian poet agonizing his way through one final poem, and she gives emotional succor to the angst-ridden Shannon. Ms. Williams brings a fierce resolve to arguably the play’s defining role: a near saint who couldn’t be further from the neurotic women that populate many a Tennessee Williams play. (It’s Shannon, in this instance, who exists in a state verging on collapse.)

Sure, some of the symbolism can be labored: the tethered iguana of the title, for instance, waiting to be set free, as is each of the characters. But the production is at its best when it’s at its quietest and Williams’s appeal to our capacity for mercy is given its due. 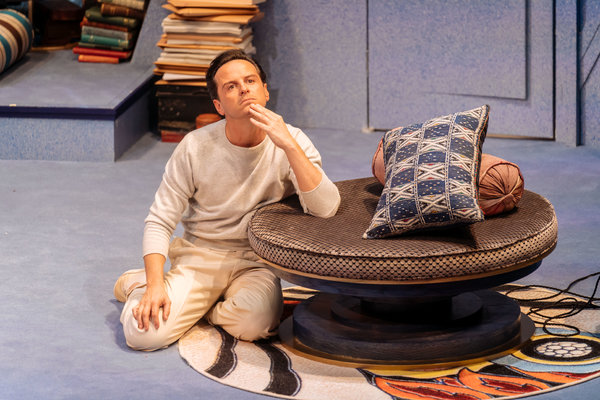 If Shannon and company are having a tough time of it in a Mexican backwater, so, in his own fluttery way, is Garry Essendine, the vainglorious actor at the epicenter of “Present Laughter,” the Noël Coward play newly revived at the Old Vic through Aug. 10. (National Theater Live will screen the production in movie theaters around the world on Nov. 28.)

The director Matthew Warchus’s richly entertaining take on the play has, in the role of Garry, a singular actor in the fast-rising TV name Andrew Scott, best known as Moriarty in “Sherlock” and the so-called “hot priest” in the delicious comedy series “Fleabag.”

He keeps pace with the breathless demands of the role, as bedmates and hangers-on of both sexes whoosh through his London flat, all the while locating a primal ache as well: a loneliness that Garry’s restless libido cannot satisfy. Garry’s social and sexual intrigues leave him scant time for the leanings toward self-examination that tend to give him pause.

When Garry does reflect, it’s to decide that he’s “just a lost boy.” The Irish Mr. Scott possesses a Peter Pan-like quality that suits the part, alongside a gift for both language and introspection. (Not long ago, he played a notably lucid Hamlet.)

The supporting players — Luke Thallon and Sophie Thompson most memorably — are there to cozy up to Garry or keep him in check, even if Garry isn’t easily tamed. “Present Laughter” suggests that the stage is Mr. Scott’s natural habitat, just as it is Garry’s. Coward, you feel, would approve of a production, and a star, that can be frivolous one minute and give us genuine feeling the next.

Across town at the Almeida, another fine theater actor, Tobias Menzies, is starring in a play about a mild-seeming individual whose life unexpectedly cracks wide open. An alum of “Game of Thrones” (what British actor isn’t?) and the series “Outlander,” Mr. Menzies will soon appear as Prince Philip opposite Olivia Colman as Queen Elizabeth II in Season 3 of “The Crown.”

His present assignment puts Mr. Menzies in the dark and vengeful environs of “The Hunt,” adapted by David Farr from the Oscar-nominated Danish film of the same name, and running at the Almeida through Aug. 3.

The director, Rupert Goold, was a Tony nominee this year for “Ink” (which also premiered at the Almeida), and he brings to this production a gift for changing moods on an ever-spinning dime. The cheerful beginning welcomes us to a nursery school in northern Denmark that is taken over by suspicion, resentment and worse once a teacher named Lucas (Mr. Menzies) is accused of behaving improperly toward a student, Clara, who is 6.

The hunt of the title refers to a group of macho vigilantes who find a ready victim in the soft-spoken Lucas. Without grandstanding of any kind, Mr. Menzies charts his character’s slide into an anxious fight to clear his name that keeps the audience on edge right up to the final minute. The ending here is open to debate; Mr. Menzies’s talent is not. 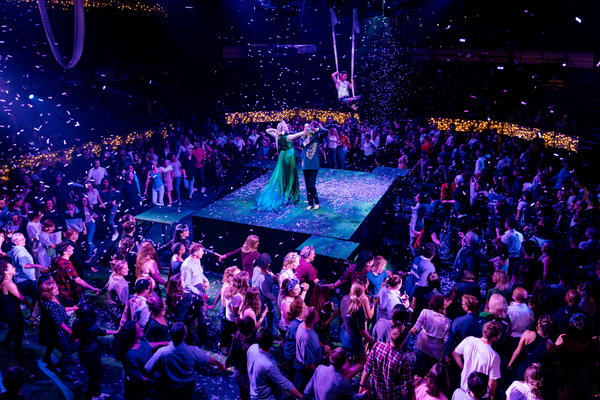 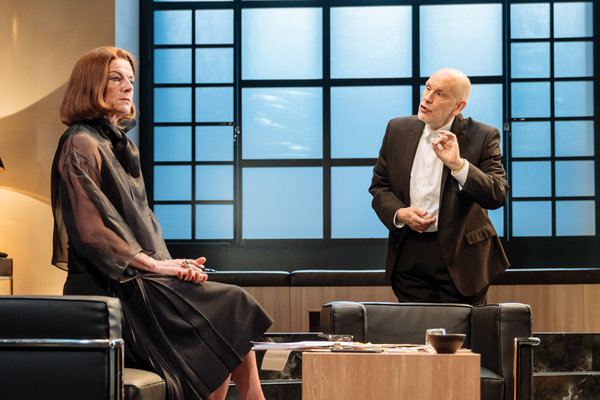 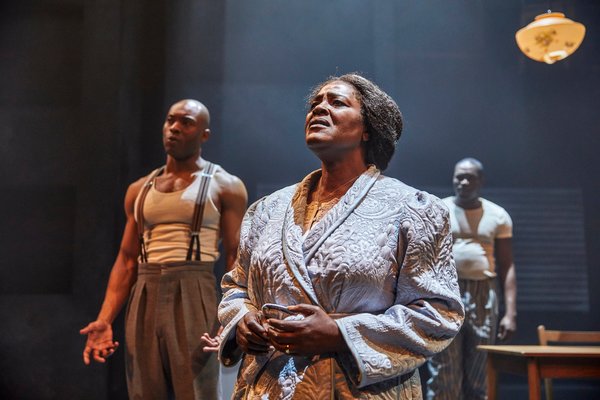