This is a simple, strangely sweet story. You clicked, so don’t email me upset and disappointed. 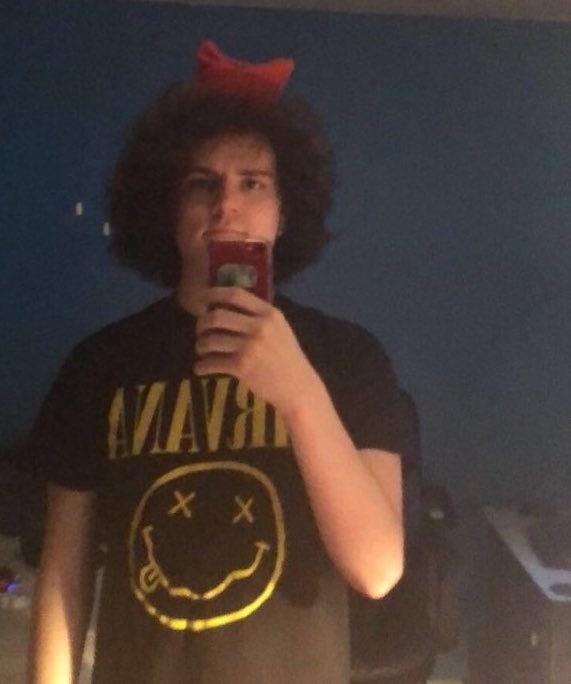 A young man, who has been following a stranger on Twitter with a much bigger account, began randomly direct-messaging him what he was eating for dinner every night for more than four months. People online are friend-shipping them, but the two aren’t quite sure what their relationship status is.

Brady, from Atlanta, who wanted to keep his identity a bit of a mystery, told BuzzFeed News he has “no idea why” he was inspired to DM his meals to another young man, Rudy Mustang, but he’s been consistently messaging him every night, receiving only minimal responses. 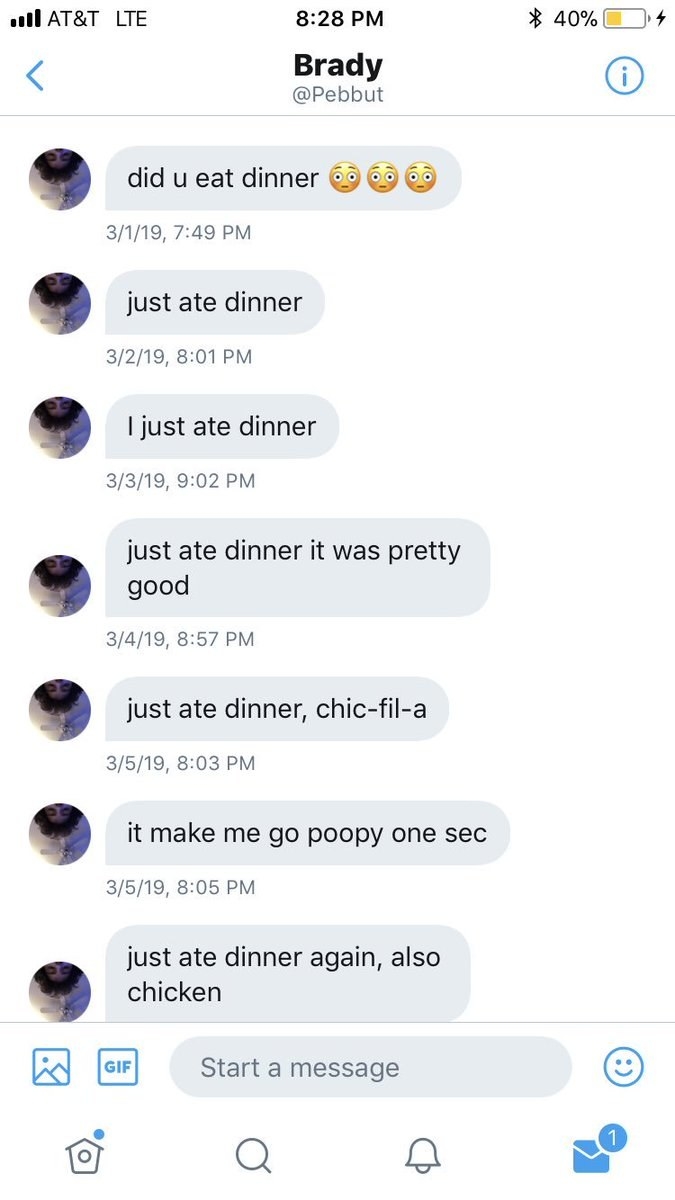 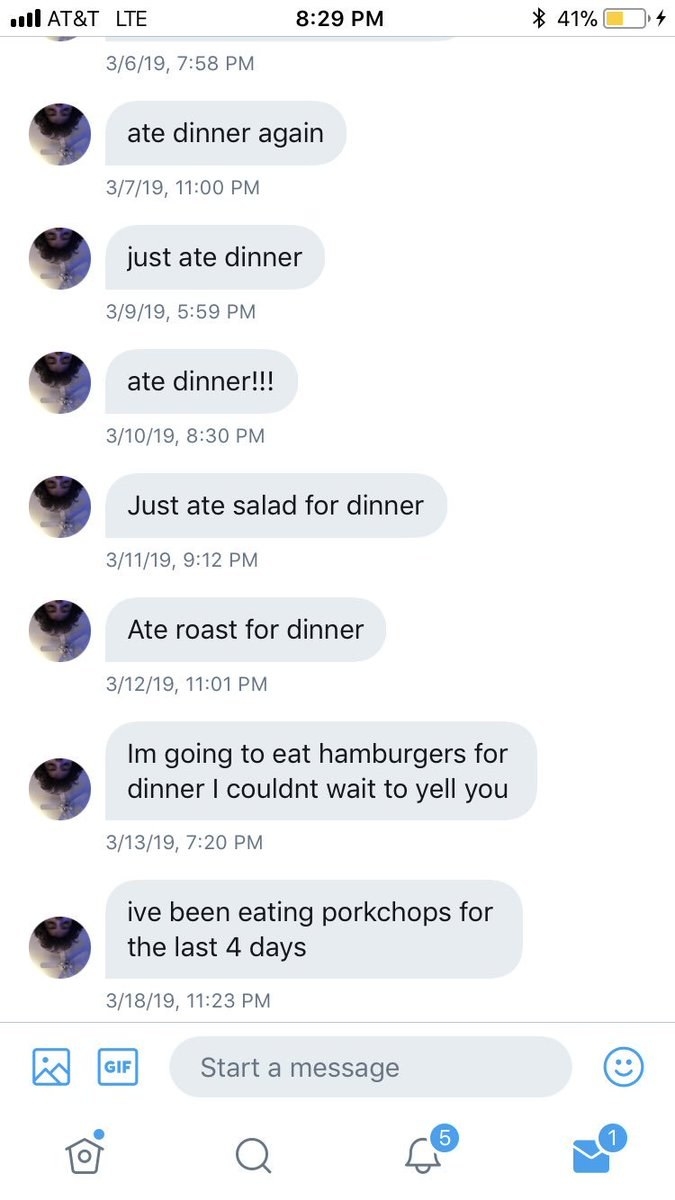 “It started out with me asking him what he was having for dinner and eventually [I] just started telling him what I was eating instead.”

Rudy, who’s from Lexington, Kentucky, told BuzzFeed News he was initially ignoring Brady because he assumed he was a troll, and because Brady had only a few dozen followers.

“He had basically no followers and I ignored it,” said Rudy, who has more than 39,000 followers.

“He literally just tells me what he’s eating for dinner every night. Most nights I just ignore [him],” he added. 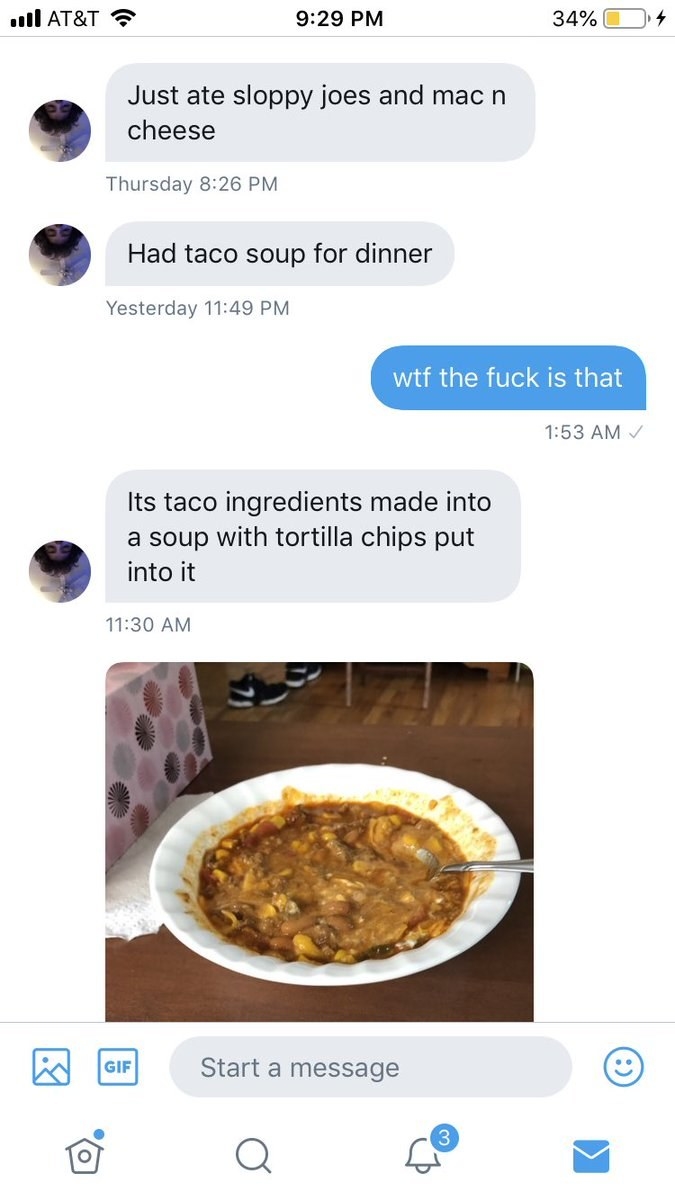 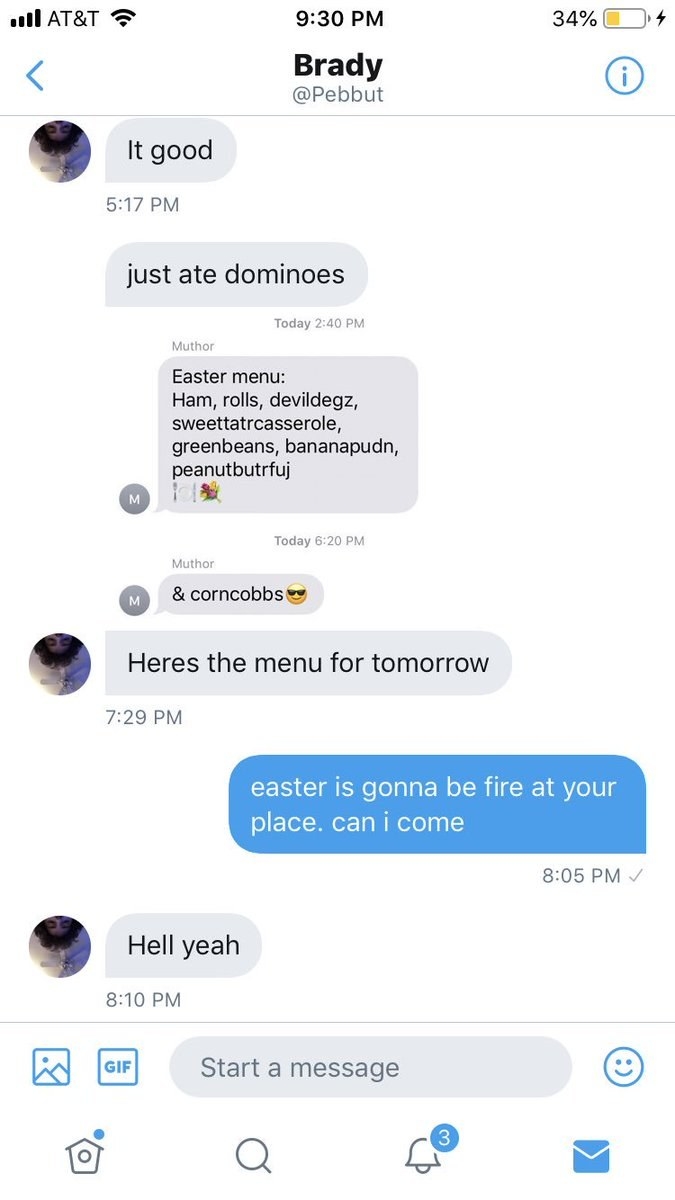 But over four-plus months, Rudy’s responses have been kept to a minimum, as Brady continues to DM him his dinners. 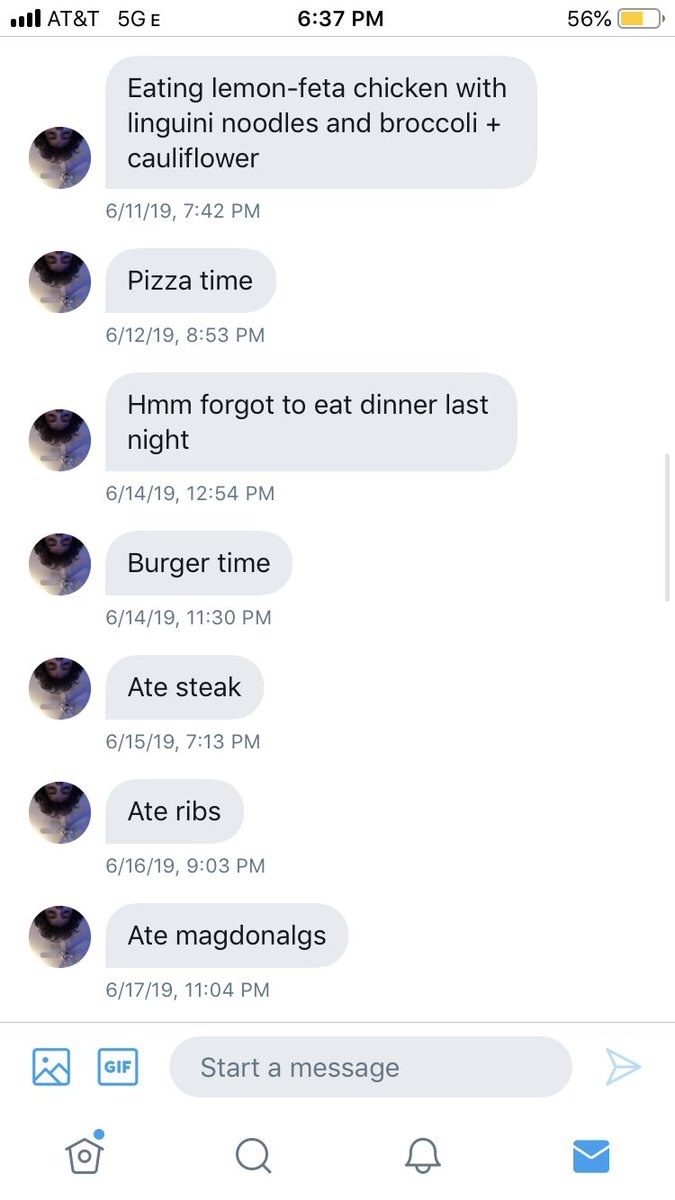 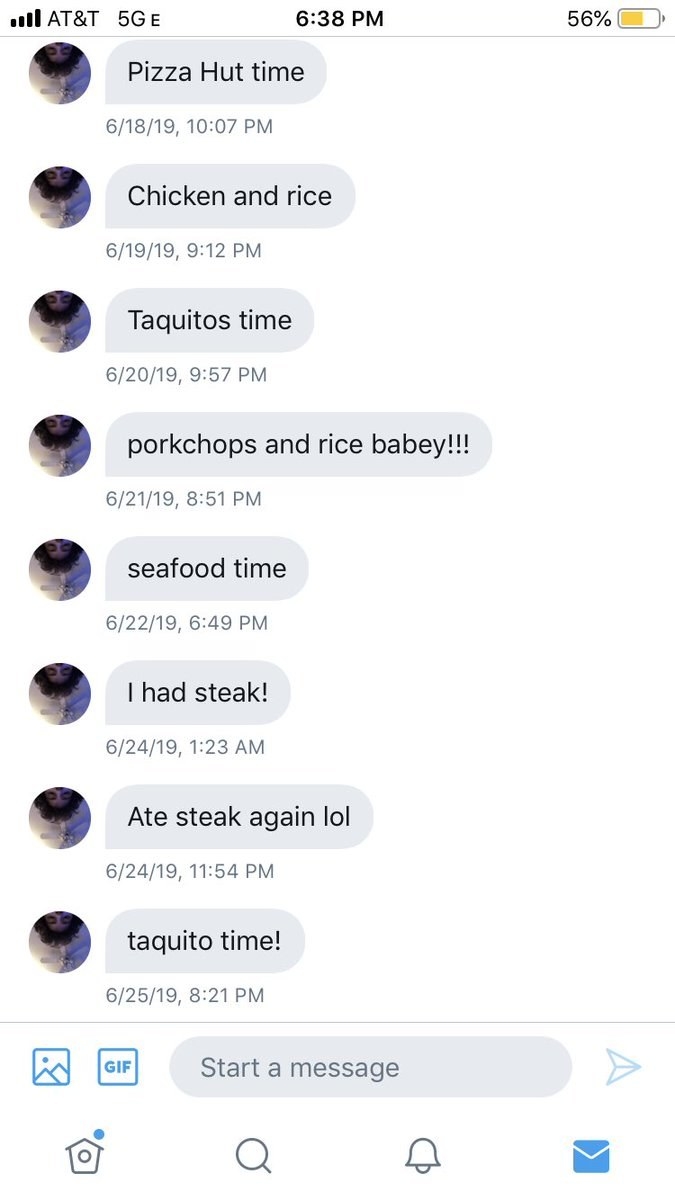 Impressed and continually confused, Rudy shared the recent batch of messages on Twitter, writing, “In case you were wondering, this guy is still telling me what he eats for dinner every single night. he’s been doing this for 4 months straight.” 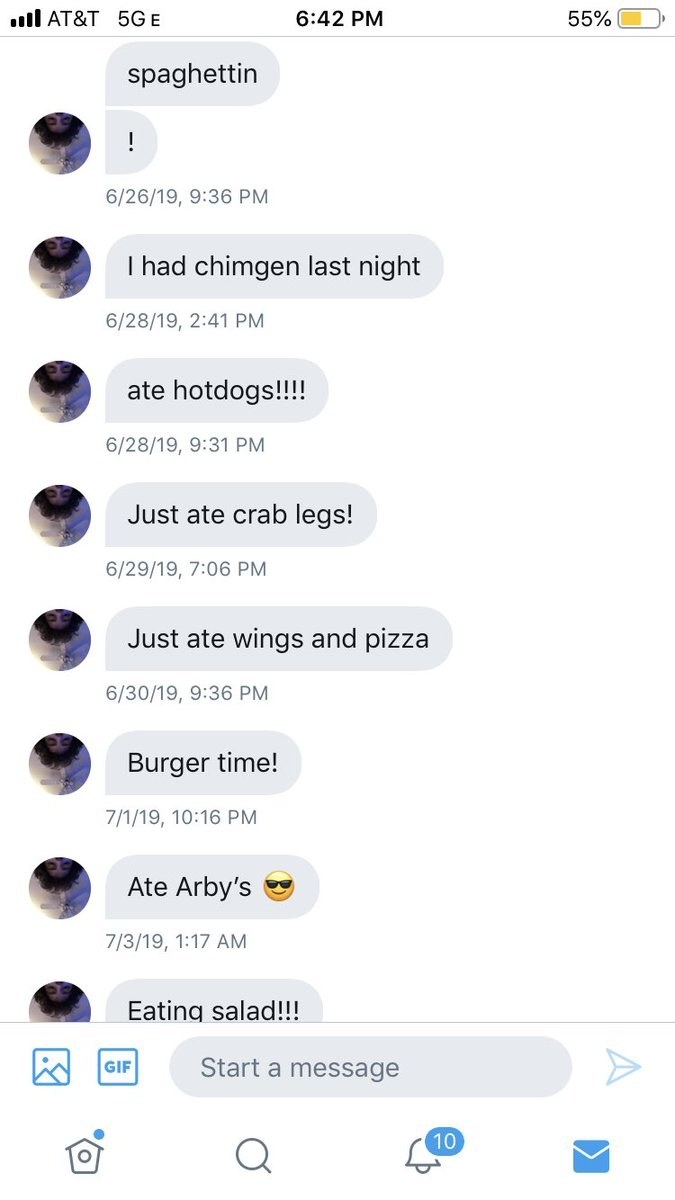 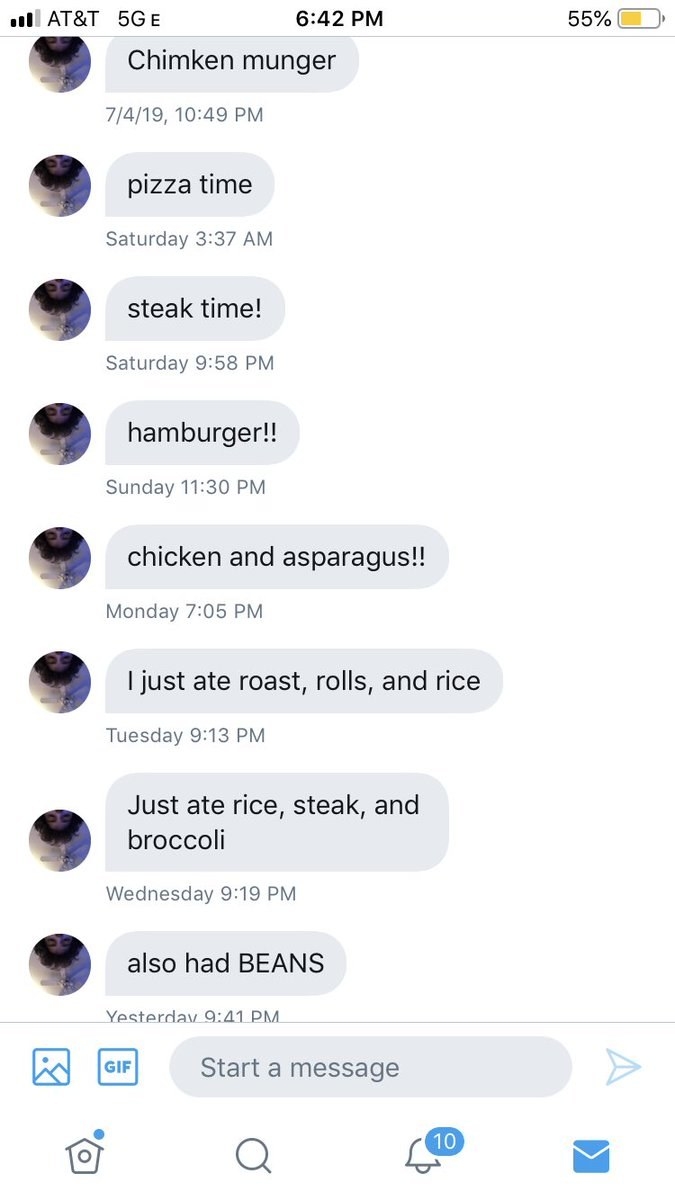 Brady, who’s a big fan of Rudy’s intentionally irreverent and nihilistic Twitter presence, has sometimes interacted with him publicly.

Over the weeks and months, other Twitter users became invested in Brady’s dinners and his dedication to forging a connection by sharing them.

“The persistence is astounding,” one person tweeted in late March.

“I need someone as dedicated to text me every night like Brady :,(,” another wrote. 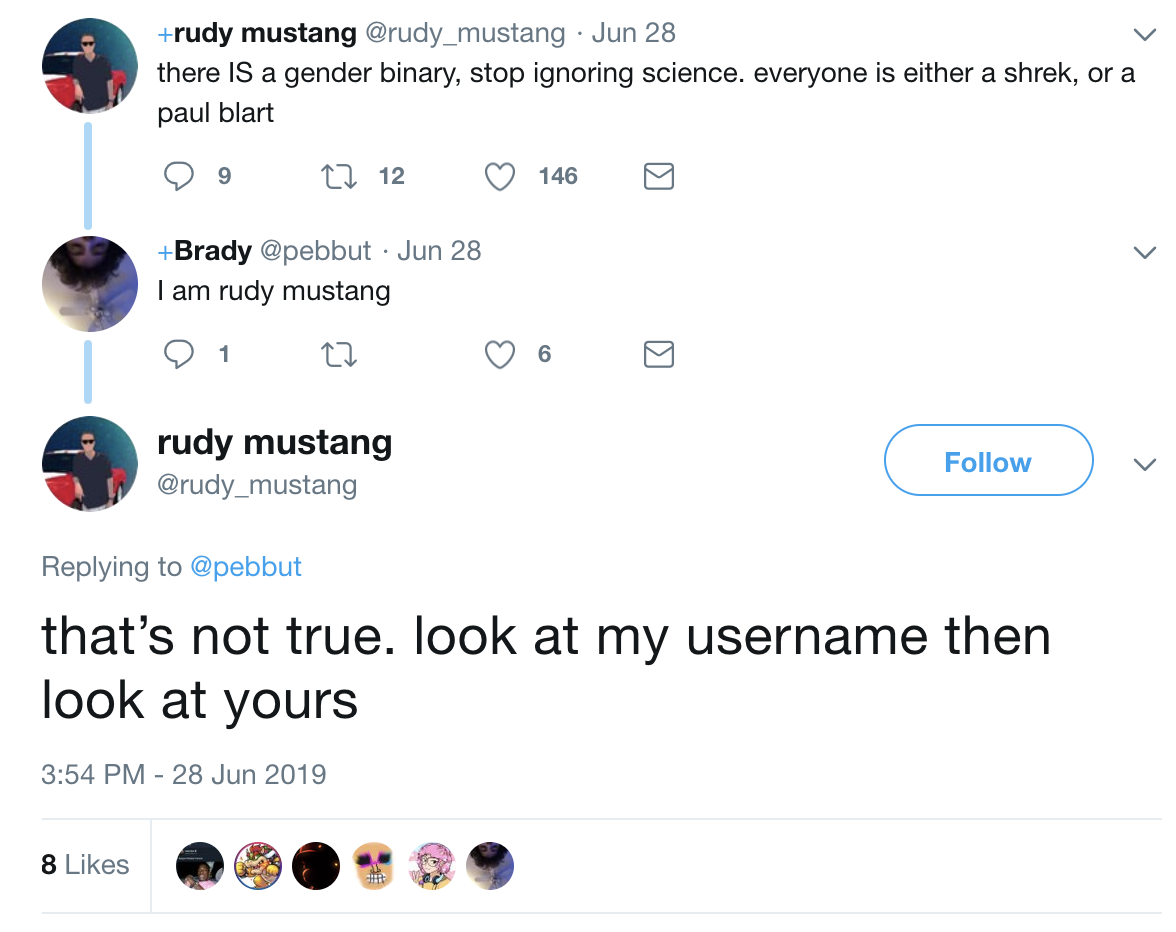 Brady’s own Twitter account began growing because of his persistent dinner DMs, and he now has more than 2,800 followers (!).

People are now discovering something strangely wholesome about the two, and are not only considering them friends, but even finding themselves envious of their friendship.

“Friendship comes in many guises,” one person recently tweeted.

Brady told BuzzFeed News he has received DMs from strangers asking about the relationship status of him and Rudy.

“I don’t know if DM-ing him my eating habits makes us friends or not, but I’m not against it as I don’t mind making new friends,” he said.

As for Rudy, he now considers Brady a friend.

“I’d say we’re friends,” he said. “We’ve talked about other stuff and teamed up to make jokes.”