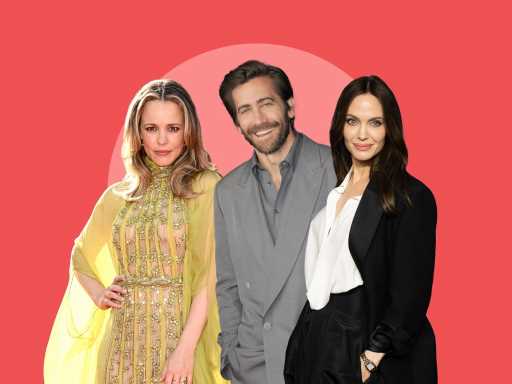 Some movies and TV shows can be utterly, thrillingly erotic without ever showing a moment of actual intercourse on screen, relying on a long buildup of stolen glances, hidden touching of hands, and circumstances driving two lovers apart. Others — like all the movies and TV shows on this particular list — take the opposite approach. Sure, buildup is hot, and a lot of a sex scene’s eroticism relies on making you feel the charge between two people before they touch, whether that’s a moment of locking eyes across the room or years of tortured yearning. But you know what’s also hot? Naked, sweaty, can’t-get-enough-of-each-other sex, in all its glorious forms. When it comes to LGBTQ+ sex scenes, exploring actual intimacy on-screen has only recently started to enjoy the same prevalence as hetero couples going at it — and these movies and TV shows prove that Hollywood’s finest are eager to make up for lost time.

Michael Grandage’s My Policeman, starring Harry Styles, Emma Corrin, and David Dawson, about two closeted gay men in 1950s Brighton, has poised itself as the next chapter in LGBTQ+ sex on-screen, with Styles specifically discussing how he hopes the love scenes can show the “tender” side to gay sex so long left off-screen.

For decades, any suggestion of LGBTQ+ romance on-screen had to restrain itself to implications and suggestions for fear of both legal ramifications and perceived offense. LGBTQ+ sex scenes have faced the same uphill battle in gaining mainstream acceptance, fighting against the backwards idea that they are too lurid or graphic for audiences that might be perfectly comfortable with equally explicit heterosexual sex. Styles’ comments about wanting to show the softer side of queer sex reflect a noble desire to show that something isn’t X-rated just because it’s gay.

All that being said — sometimes, X-rated is exactly you want, and LGBTQ+ community finally has plenty of representation for both intense, fluid-swapping sex and soft, romantic sex in our movie and TV offerings. My Policeman will be streaming on Amazon Prime Video on Nov. 4, but until then, you can check out some of the most titillating, seductive, and earth-shaking LGBTQ+ sex scenes of all time in movies and TV shows like Gia, Sense8, The Handmaiden, and, yes, Brokeback Mountain. Read on for a full review of some of our favorites.