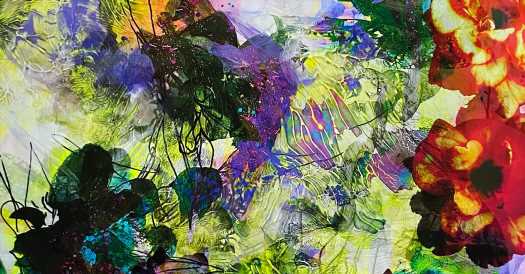 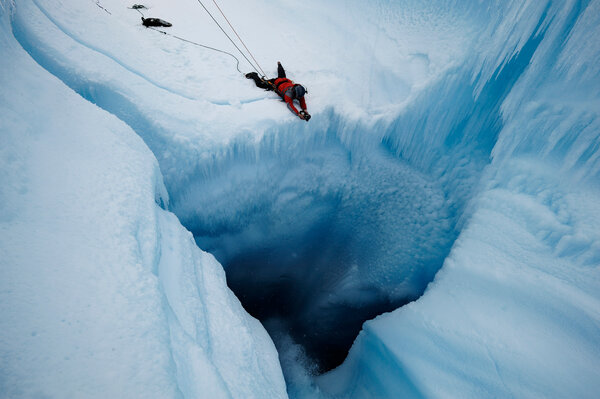 Although Earth Day is celebrated annually on April 22, saving the environment requires commitments year round. Now the National Children’s Museum in Washington offers free online programs to inspire even the youngest activists.

A digital version of the museum’s exhibition “Climate Action Heroes,” at climate-heroes.org, presents information and resources, as well as a quiz to help children discover their inner eco-warriors — from an arbor avenger to a mighty meteorologist.

Young conservationists can also embark on the “Climate Action Heroes” Virtual Field Trip, a 20-minute video journey geared toward Grades 3 to 5. Families submitting a request form online will receive an emailed link to the museum excursion, which explains the difference between weather and climate and demonstrates through a simple experiment how greenhouse gases lead to global warming.

Pop-Ups With a Message

Not long ago, the storefront at 7 East 14th Street had a “Retail Space for Lease” sign on it. Now it has become a temporary gallery thanks to ChaShaMa and EcoArt Project. The two nonprofits have teamed up for Rebound-NYC, an initiative that repurposes vacant spaces for pop-up art exhibitions in New York City. Their first exhibition, which is on view at 1155 Sixth Avenue from 4 to 8 p.m. until Sunday, is Alex Nero’s “The Weather Within,” a series of images representing the rigidity that allows climate-change denial to persist.

Their second is “Earth Day Experience 2021” at the Union Square location through April 27, also from 4 to 8 p.m. The show will feature pieces from five artists — from Cicely Carew’s vibrant floral prints to Hara Woltz’s paintings, which home in on human incursions into nature. These works are not only revitalizing neglected spaces but also showing us how our whole world could use that same type of consideration.
MELISSA SMITH

In “Mirror,” a 1975 memory piece from the Russian director Andrei Tarkovsky, a character clearly intended as the filmmaker’s alter ego reflects on relationships with his mother and a former love, Natalia, with whom he has a son. (In the man’s recollections, his mother takes on Natalia’s face; both women are played by Margarita Terekhova.) The movie opens with a teenager who stutters being hypnotized into speaking clearly, and the fragmented narrative that follows has a trancelike quality. But no matter how obscure or private the material, Tarkovsky’s command is total: His camera seems unencumbered by physics, even as the images and sound draw constant attention to the natural world — wind, fire and water.

Along with “French Exit,” “Mirror” reopens Film at Lincoln Center on Friday. It will also continue to stream on the theater’s virtual platform. Please consult the guidelines outlined by the Centers for Disease Control and Prevention before watching movies inside theaters.
BEN KENIGSBERG

Christian Sands began playing the piano at age 3, and by 5 he was writing his own compositions. At 12, he released his first album, the impressive “Footprints.” Nearly two decades later, he has thoroughly outrun the usual pitfalls of a former child prodigy: Equipped with a crisp but forceful touch, he seems always to be flowing in new directions, integrating elements of prog rock, gospel and Western classical into a forward-tumbling jazz conception.

His latest album, the Grammy-nominated “Be Water,” released last year, attests to that creative fluidity. He will play selections from it Friday through Sunday, when his trio appears at the Keystone Korner, a club in Baltimore that reopened for limited indoor seating earlier this month. Sands will perform two sets each night with the bassist Yasushi Nakamura and the drummer Ryan Sands, his brother, before a live audience. Patrons who can’t attend in person can livestream the sets at 7:30 p.m. Eastern time by buying a pass (for $10) at keystonekornerbaltimore.com.
GIOVANNI RUSSONELLO

Not all live comedy translates to Zoom or the screen quite so easily. One show that does is “Picture This!” It features a cartoonist, animator or other artist drawing scenes that correspond to the routine delivered by a standup, while the two comment on each other’s work for added laughs.

Hosted and created by Brandie Posey and Sam Varela, “Picture This!” began in Los Angeles in 2012 and has since branched out to New York City, San Francisco, Portland, Ore., and festivals around the world. On Saturday at 9 p.m. Eastern time, the show celebrates its “9 to 5” anniversary (nine years in Los Angeles, and five concurrently in New York) by uniting talent from both coasts. There will be comedy by Joel Kim Booster, Sydnee Washington, Marie Faustin and the actor Baron Vaughn (“Grace and Frankie”), and animation by Mike Hollingsworth (“BoJack Horseman”), Mike L. Mayfield (“The Midnight Gospel”), Kati Prescott, Bryan Brinkman and Dan Pinto.

Tickets to the livestream are $10 and available at Eventbrite.
SEAN L. McCARTHY