1.When Dorothy found nothing wrong with Blanche’s dress:

6.When Sophia called out Dorothy’s penny-pinching:

7.When one of Blanche’s stories was just too much for Dorothy: 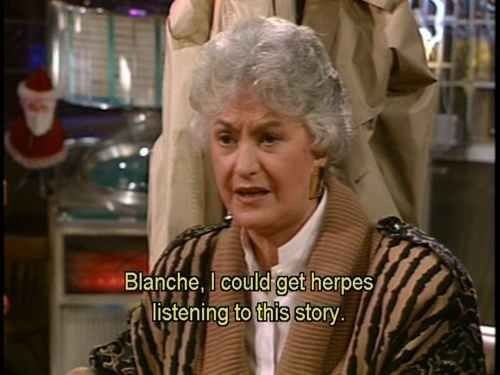 8.When Sophia pointed out that she and Blanche have very different pasts: 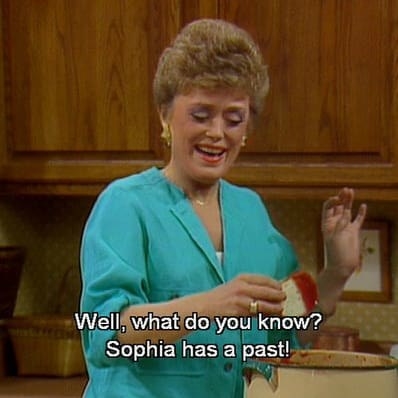 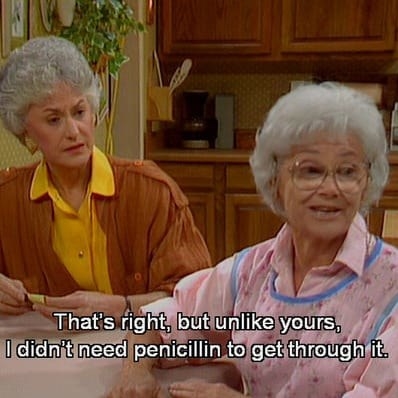 9.When Sophia gave Dorothy some good advice — served with a LARGE side of shade: 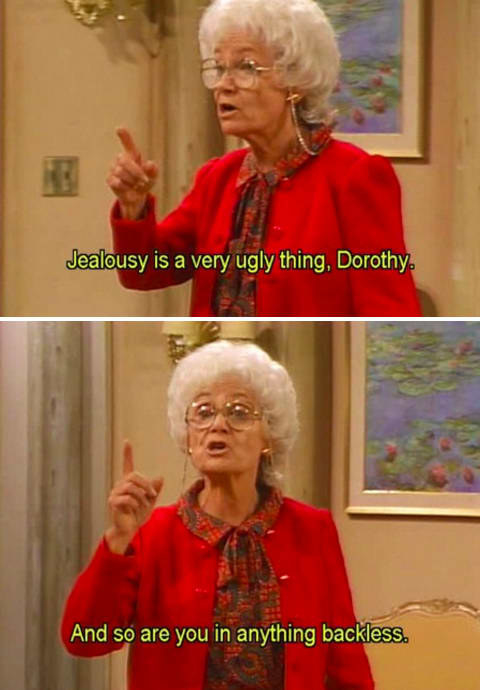 10.When Dorothy not-so-subtly pointed out that the apple doesn’t fall far from the tree:

11.When Sophia had zero time for Blanche’s BS:

12.And when Dorothy had zero time for Blanche’s BS: 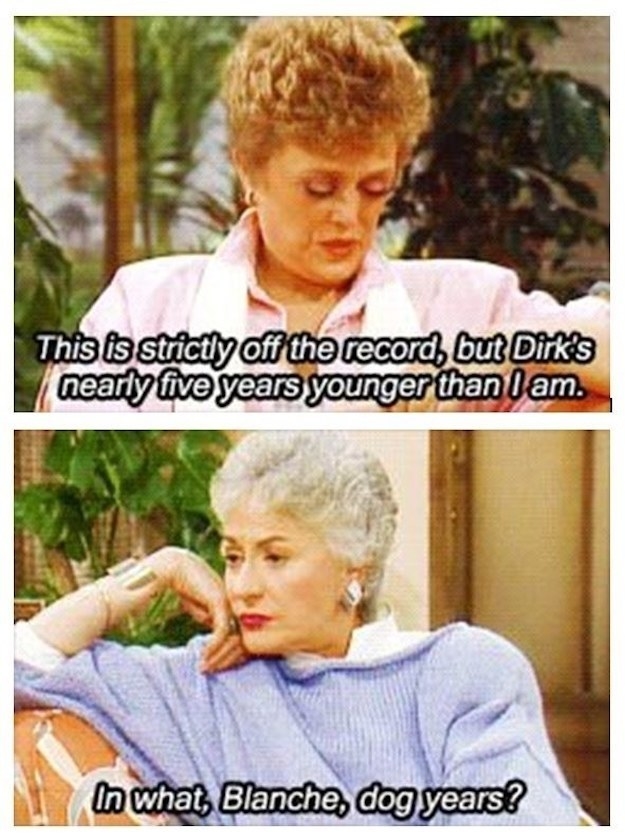 13.When Sophia couldn’t even bother to pretend to want to listen to one of Rose’s stories: 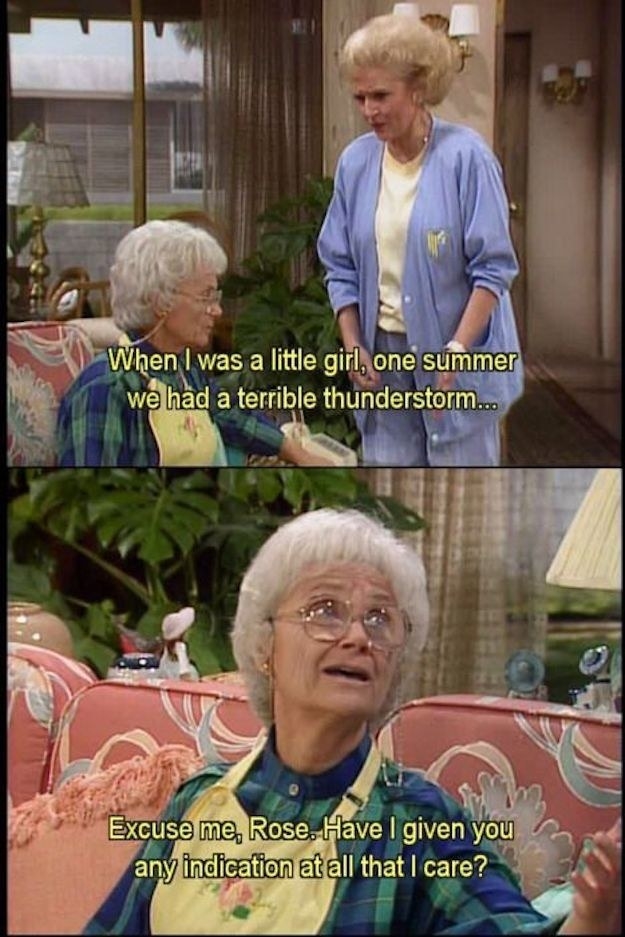 14.When Sophia called out Dorothy’s lack of a dating life:

15.And when Sophia called out Dorothy’s lack of a dating life in an auditorium full of children:

16.When Sophia drew this comparison:

17.When Sophia delivered this burn to Dorothy:

18.And when Rose delivered this burn about Dorothy’s teen years:

19.And finally, when Sophia gave this savage response to Blanche:

OK, I got to be honest, this list could go on forever! So tell me in the comments below if there is one that is missing that makes you LOL (even just thinking about it).