Netflix’s13 Reasons Why is returning for a third season on Aug. 24 and, according to a trailer that dropped on Thursday, the show will feature a character’s death.

In the trailer, Bryce Walker, one of the main characters played by Justin Prentice on the show since Season 1, was apparently killed. The scene begins by showing Deputy Standall, Alex Standall’s dad, surrounded by a bunch of cop cars with their lights flashing while he investigates a crime scene.

Eerie music follows as we see snippets of other characters, including Tony Padilla, Tyler Down, and Justin Foley, closing the trunk of Tony’s car and acting shady. Zach Dempsey is seen sitting on the bleachers with Chloe Rice, and Bryce’s girlfriend, Jessica Davis, is fighting with Montgomery de la Cruz in the hallway. It also shows Alex Standall choking Montgomery in a bathroom.

“Here’s the thing about Liberty High,” a voiceover says in the background. “They’re connected by their secrets. Connected and forever changed.” 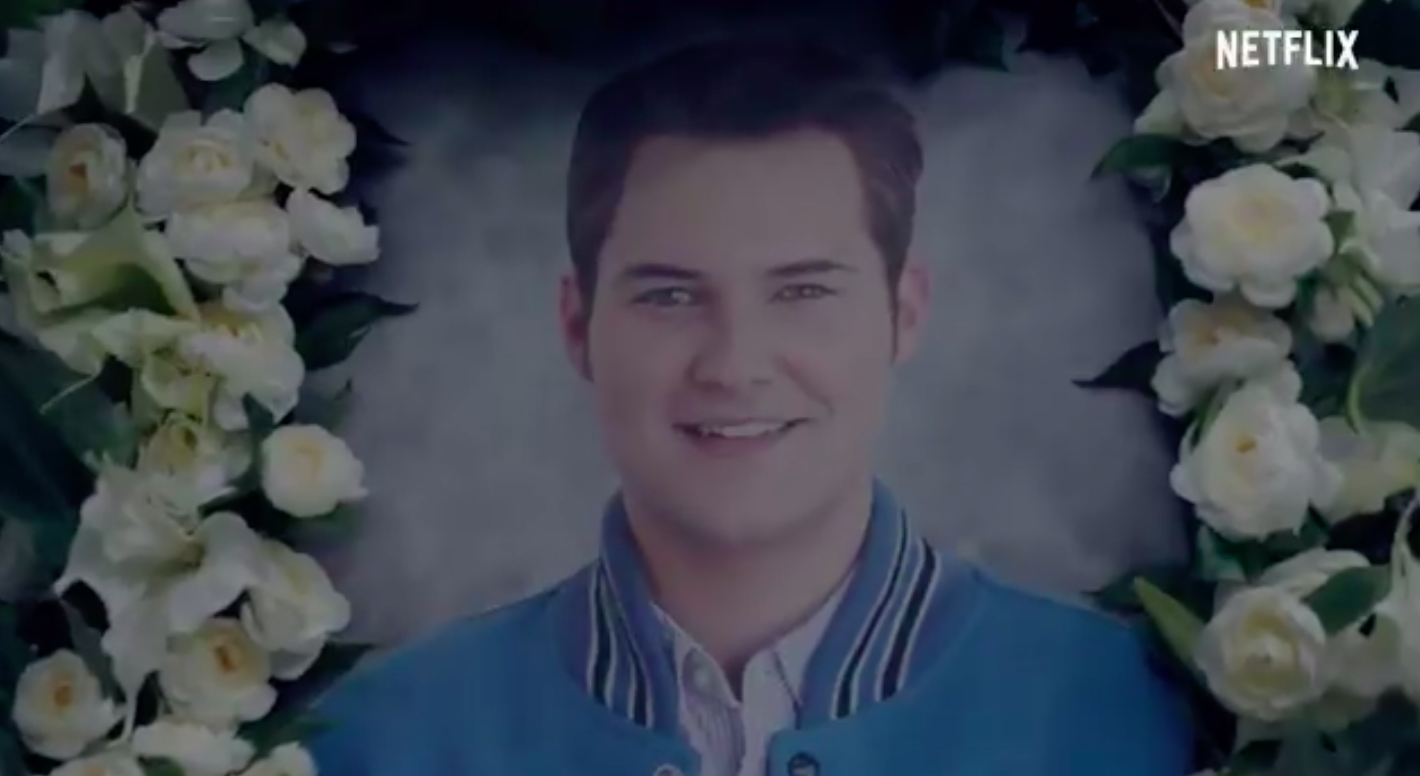 “The truth is, given the right circumstances, the right motivation, anyone could have done this,” the voiceover continues, panning to Clay Jensen standing alone in the dark.

The trailer ends with all of the characters standing around a casket in a cemetery next to a framed photo of Bryce in his varsity jacket, leaving viewers to assume they’re all at his funeral. 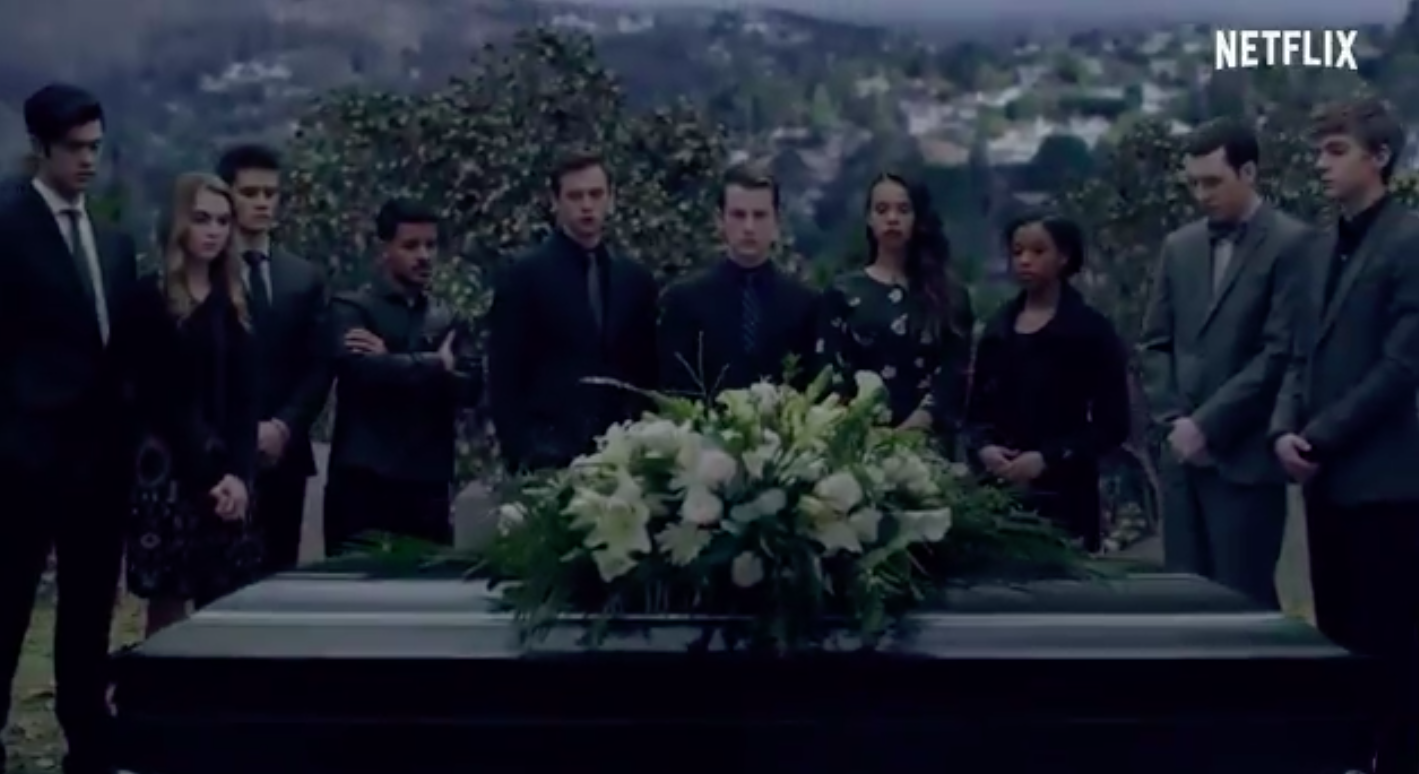 Bryce Walker has been a controversial character since the beginning of the show. On Season 1, he sexually assaulted Hannah Baker and Jessica Davis, and has been continuously portrayed as a sexual predator and bully. During Season 2, Hannah Baker’s family went to court for a negligence lawsuit against Liberty High School, and in that trial, Justin Foley comes forward as a witness and says he saw Bryce sexually assault Jessica Davis. However, the students don’t see any justice from the court, as the only consequence Bryce receives is community service.

“As much as we’d all like to see Bryce get what Harvey Weinstein got, or didn’t get, we have these situations right now that are so loud and clear,” Brandon Flynn, the actor who plays Justin Foley, told BuzzFeed News on the set of 13 Reasons Why Season 3. “Bryce is more of the Trump in our show. He’s the guy who clearly has all these fucking allegations against him, all these disgusting qualities, and no one’s saying a goddamn word about it.”

Katherine Langford, who played Hannah Baker on the first two seasons of 13 Reasons but isn’t returning for the show’s third season, also told BuzzFeed News on the set of Season 2 that she thinks it’s important for TV shows to depict sexual assault storylines as a way to stop the silence and shame around the violence.

“What’s so special about being able to put them in a TV show is it brings the issues to light,” Langford said. “It gets people talking about things that have existed for a long time, but may be taboo to talk about or aren’t spoken about as much as they should be.”